There is something special about gold. It has been fascinating people since ancient times. No other commodity is valued this much in our society. Everybody wants to stock gold for their specific reasons, but before they do so, sometimes prices suddenly escalate out of nowhere.

So if you happen to love gold, you should know what contributes to its prices globally. Does this fact not haunt you how little you know about what constitutes gold prices?  Here is the list of top ten factors which influence gold price in the international market: 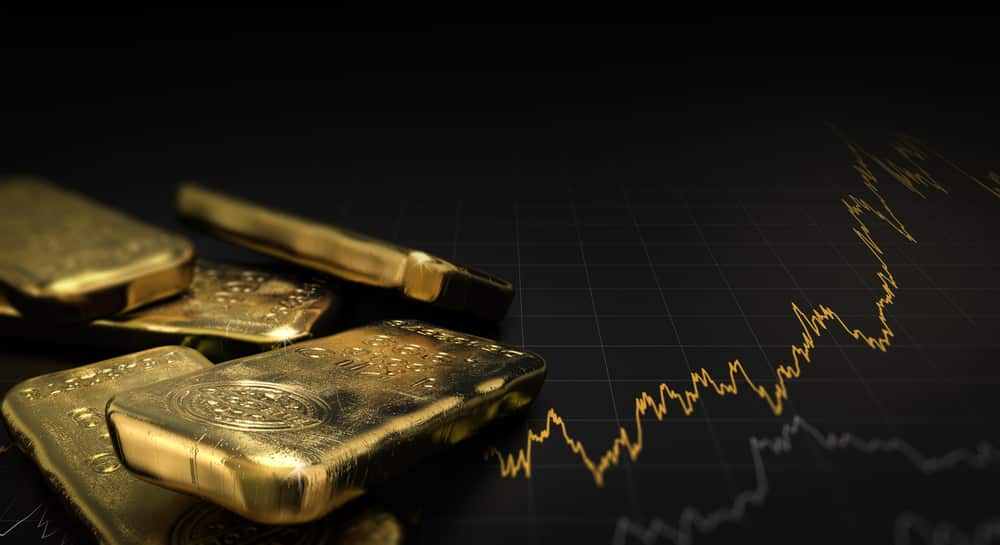 Just like every other market commodity, the demand and supply rule is equally applicable to gold as well. People have been mining for thousands of years to get maximum gold. Still, due to a variety of reasons, the demand surpasses the supply. This is when the gold prices shoot up.

Similarly, when gold is in surplus, but financial conditions are not favorable for buyers, prices come down swiftly.

Inflation makes products and goods more expensive and gold is no exception. When investors learn that inflation is about to occur, they make it a point to invest in gold heavily. Why? Because buying gold is seen as an efficient way to hedge against currency devaluation.

Even people with limited resources take every possible measure to buy gold at the point when paper currency is about to decline. Because, historically speaking, buying the power of gold has been strong compared to the dollar. That’s how the devaluation of currency leads to price hikes of gold.

Value of the US Dollar

As the price of gold is dominated by the dollar, the fluctuation of the dollar also has a sharp impact on its price. The value of a dollar has an opposite effect on gold prices. Meaning, when the dollar is strong, the cost of gold increases. While a weak dollar ends up with a low gold price.

It is because people are accustomed to trading in dollars when it is powerful, but they are more likely to invest in gold funds when the dollar faces an uncertain scenario due to economic policies or an economic shortfall.

Uncertainty on the global politics or social landscape is another important factor that has much to do as far as gold prices go. Gold plays the role of crisis commodity —when people lack confidence in their government and economic situation. In such a crisis, purchasing gold ensures some financial security to people.

Depending on the nature of the crisis, gold is either valued or devalued. For example, in the past, the Russian movement to Ukraine had contributed to an increase in gold prices and Gulf War 1 was responsible to decrease gold prices.

Interest rates also have a converse effect on gold. Higher interest rates mean the gold prices are quite likely to go down because that’s an ample time to invest in other opportunities and people would sell out whatever quantity of gold they have in stock.

On the other hand, when the interest rate decreases, it ends up attracting more people to buy gold which causes a spike in its price. People like to buy gold bars online these days — it is quite a trend.

Central banks are responsible for making monetary policies for their respective countries. It includes controlling inflation, money supply and so on. Many countries tied their economy around gold and, as a result, these countries have huge reserves of gold.

Even though this policy has not proved to be a worthwhile one in the past, yet America alone has 8000 tonnes of gold. Recently, a number of countries have started to buy more gold than what they sell. This practice is one of the main reasons to elevate gold prices.

Other than just being a safe haven for investors, gold is widely used for industrial and commercial purposes. The jewelry market has a huge demand for gold. In fact, about 52.44% of the world’s total gold production is used in making jewelry.

Moreover, gold encompasses thermal and electroconductivity properties which makes it a go-to commodity to be used in various industries. Besides, it is also of great importance in the medical field due to resistance to corrosion and bacterial colonization.

The worldwide supply of gold is about 165000 metric tons while the production of gold is only 2500 metric tons. You can see a yawning gap between consumption and production. It explains a little bit about why gold is so expensive.

At the same time, the costs of refining gold are also added up. These costs keep fluctuating. Miners sell gold depending on the production expenses. When production overheads rise, miners sell gold at a hefty price and vice versa.

It is a common phenomenon that people turn to gold when posed by an economic disaster. The recession period, when real estate businesses literally crumbled, of the late 2000s, serves as a fitting example of this claim.

Sometimes, buying gold is the last option people are left with and, resultantly, gold prices see an upward slide.

It is a strategy to increase the supply of money around the country. Financial institutions are flooded with money to do the job. Banks in various regions are applying this tactic. For example, Bank of England, European Central Bank and Bank of Japan.

The process helps to bring down the interest rates and people are forced to buy gold because of the lack of investing options. However, this procedure should be conducted in a measured way because overdoing it can cause inflation and gold prices will be boosted.

Gold is part and parcel of so many people’s lifestyles, yet it is surprising to learn how little we know about what influences its prices. Nevertheless, you can take a calculated decision next time you buy gold by considering all the above-mentioned factors.

How Much Tax Does the UK Government Take in From Taxes?