Divorce can be a difficult decision to make but in most cases, it’s the healthiest thing you can do for yourself and your family. According to Divorce Magazine, a lot of couples ignore these warning signs in hopes that the issues will go away but they never do… sweeping them under the rug just leads to more problems.

When you’ve done EVERYTHING you could, as a couple, to make your marriage long-lasting, and nothing has improved, then it’s time to seek outside help. It’s never easy to file for a divorce but when there are certain signs that you just can’t ignore anymore, you need to talk to someone about it. 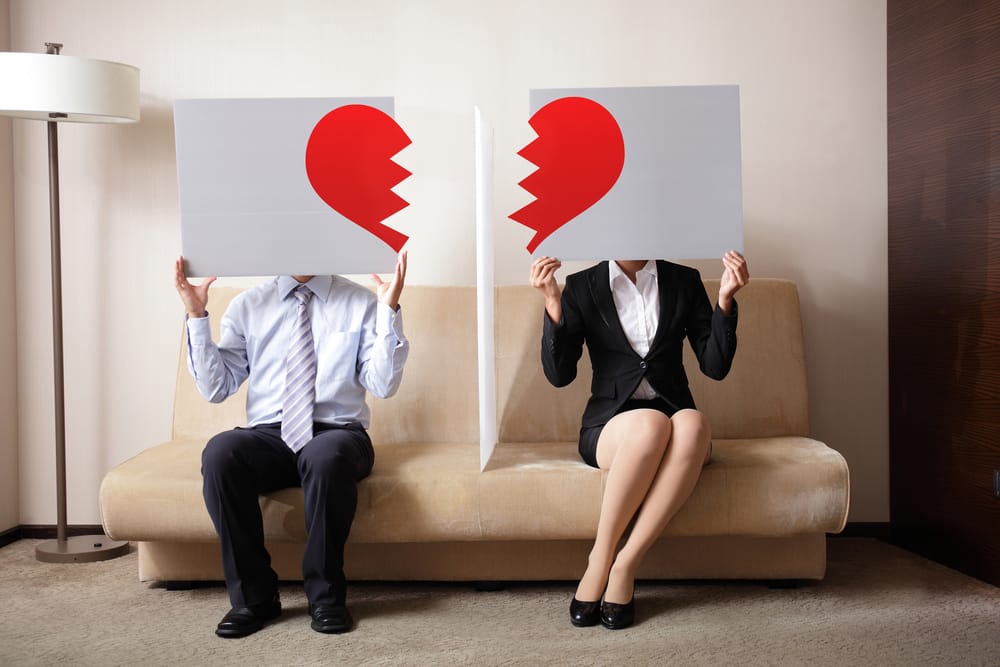 The reassuring aspect of filing for a divorce is that you don’t have to do it alone. There are firms that will not only help you emotionally but they help you make an informed decision on what to do based on your situation. If you feel your marriage is on the rocks and are considering taking legal action, take a look at some of these telltale signs that you are in a bad marriage and you need to get out.

Small Arguments Have Turned Into Big Explosions or Silence

It’s pretty normal for all married couples to get into arguments or heated discussions but there are changes in your arguments that will tell you that your marriage is on the brink of destruction. In arguments, there are two types of couples: the “blow-for-blow” couple and the “cold as ice” couple.

The Marriage Hit a Deal Breaker

In marriages, there are cases where one spouse wants out but the other one doesn’t. A lot of the times, the reason why one person wants out and the other person doesn’t is because someone in the marriage committed a deal breaker that the other spouse can’t move past.

There is Contempt in the Marriage

Marriage experts have said that when there is contempt in a marriage, it’s a sure-fire sign that a marriage is on its way to divorce. Contempt in a marriage can be anything from belittling your spouse’s self-worth, not being affectionate or loving towards them, and overall just not respecting them in the slightest bit.

When your spouse is displaying those types of signs, that’s your cue to get out as quickly as possible because once the respect t is gone, the problems are only going to get worse and it can actually lead to verbal and physical abuse… contempt is a huge red flag in marriage!

A lot of times, these alternate methods to effective communication with each other have helped lots of couples but they don’t always work for everyone. As painful as it may be, when all attempts to save your marriage has failed, sometimes the best option is divorce.

This can definitely be a hard choice to make but sometimes it’s the best choice for your family, especially if kids are involved. Just remember, this is not a process you have to go through alone. Seek that legal support mentioned earlier and look towards your friends and family for support to help you get through.