8 Reasons to Ditch the Bike and Buy an Electric Skateboard

What is better than whizzing down the street with the wind on your face, blowing through your hair (if you have any), and on four wheels instead of two
emmamiah
Cars Vehicles

Electric skateboards are growing in popularity as the world turns to try to offset that carbon footprint that we loved to stomp on in the 90s and early 2000s. Now that we are playing catch up to try and offset global warming, it is vital to reach out for all options that don’t involve fossil fuels. A good way to do this? On a skateboard, of course!

Skateboards have been around far before Tony Hawk made them cool. After that, there were segmented groups around the world that have turned into skating communities. There are downhillers and those that meet up to ride together. There are famous roads around the world that boast a good ride. Even Ben Stiller zipped down a windy Icelandic road on a longboard escaping a volcano eruption!

With all of the intrigue around skateboards and skating communities, they’ve grown enough that they no longer belong to the niche groups that once claimed them. Nowadays, anyone and everyone can ride a skateboard. They provide a fast, fun commute to work, the library, or out to escape the doldrums of quarantining (if you are wearing a mask).

When going for an electric skateboard, you will save time zipping around and past all of those cars waiting to go to work. You won’t have to sit in traffic any longer. Rather, you can utilize the bike path in your neighborhood and along the streets to zoom by everyone else. This will make any of your commutes much faster than they used to be. You can go anywhere from the grocery store to the next town on your electric skateboard. In fact, they can go on average from anywhere from 18 – 26 miles per hour on the road.

You’ll be saving ample amounts of money by choosing to take an electric skateboard to work rather than your gas-guzzling car to work. You’ll also save time from choosing to walk to the bus or subway and then sitting on it for anywhere from 20 minutes to an hour or even longer.

With a skateboard, you can always choose to go fast. You can choose to go even faster with an electric skateboard as it will power you through the streets. You’ll also get to your destination much faster than by using a bus.

Electric is better as you now have the choice when you want to go electric and when you want to go manual. You can choose to zip up those hills or you can still manually try to get up them. Finding the best cheap electric longboard can be easy as well. When you go electric, then you save time while still enjoying the beautiful outdoors during your commuter or trekking around town.

When people choose to commute or get around town using an active form of travel, then it is much better for their mental health than driving.

Skateboards are IN. There are over sixteen million of them in the US alone and spread all over the world. Skateboarding has increased in popularity expeditiously over the past decade. With electric skateboards on the market, the numbers are rising even higher.

Think of using an electric skateboard to get up those hills anywhere that you go when you are traveling. This is essential as it can be difficult getting up hills otherwise on a skateboard. 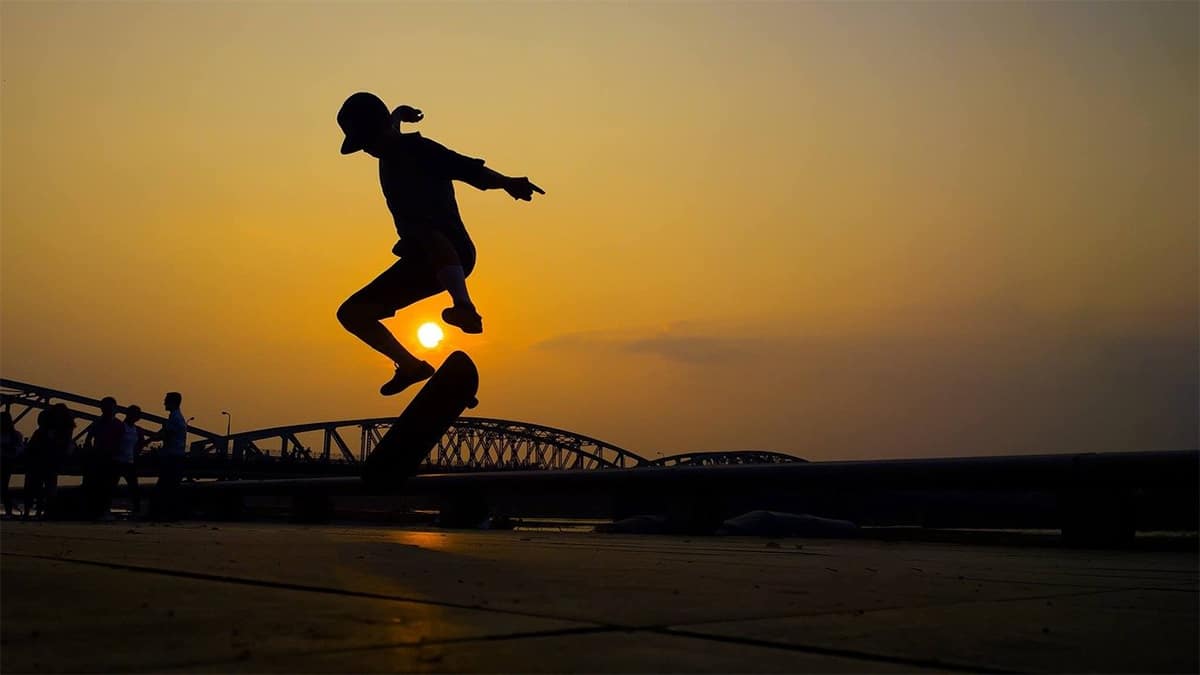 As you can see, these were just eight of the countless reasons why using an electric skateboard is the best option! If you want to bike around town, then you are faced with a heavy electric bike to lock up or take care of. When you have a skateboard, then you can easily and safely store it inside with you wherever you go. Electric skateboards are the way to move around now and in the future.

How to Stay Safe When Driving a Motorcycle