8 Ways Your Lack of Emotional Intelligence is Holding You Back!

If you are working on your career and it seems like you’re not going anywhere, please understand that it may not be your intelligence. That’s right. You maybe be the sharpest tool in the shed, but smarts alone may not take you where you wish to go. You maybe be very good-looking, but sadly, looks can only go so far. 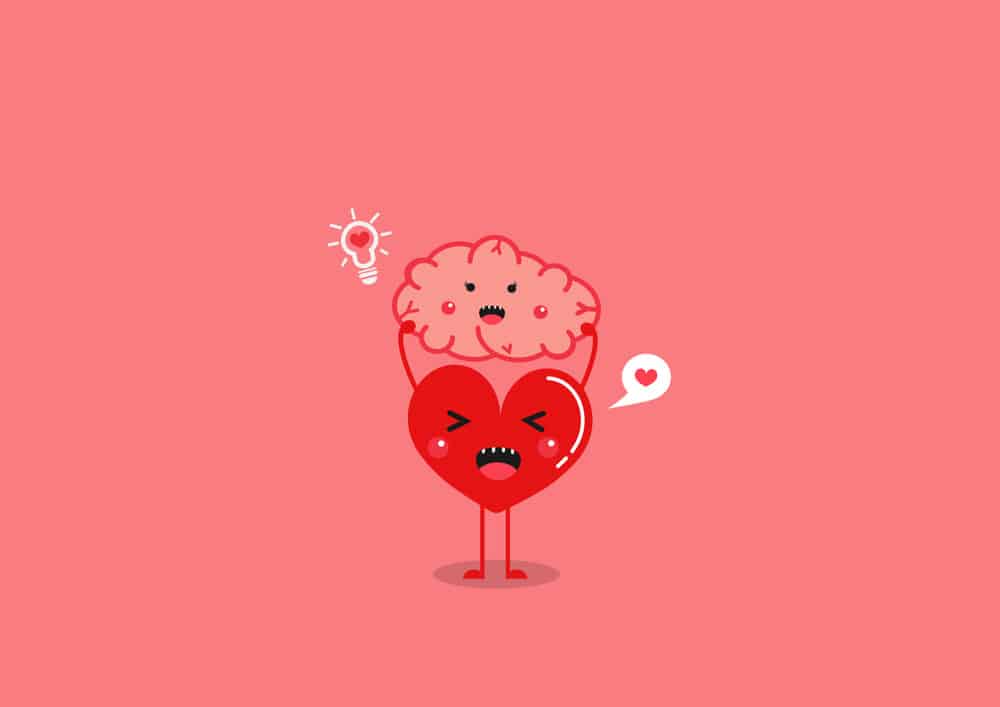 If you find yourself struggling in any area of your life, despite the amount of work and time you put into it, you may have issues with emotional intelligence. Either you’re completely clueless about it, or you haven’t fully refined it. Regardless, you are suffering because you lack in this department. Here are eight ways to know if your lack of emotional intelligence is holding you back.

Your Emotional States Reduce The Quality of Your Relationships

Do you find it very hard to hold back your words to a loved one? You often say the wrong things at the wrong time with the people that matter most in your life.

Now, it’s very easy to pass this all off as “being real” with them. You can say to them that you’re just sincere and authentic, but unfortunately, such excuse will ring hollow. They can easily ask you a very question that will shut you down: “If you truly respect and love me, why do you choose those words to communicate?”

There are many ways to communicate the same idea. Unfortunately, if you are in an emotional state, it’s too tempting and easy to say things in the worst way possible. Instead of simply communicating information, you may say things in such a way that they cut and demean the people you’re talking to.

People can only take so much of this until they start suspecting that you don’t respect them, much less, love them.

If you’re suffering from any of these, click here to get out from under the negative emotional habits that you may have developed over the years. Your problem can be fixed, but you must first admit that it’s a problem.

You Feel Stuck with A Personality You Didn’t Create

Do you feel that you’re always saying the wrong things to the people you love the most? Does it seem like your relationships can only go so far? Do you feel that you are somehow trapped in a negative range of emotions that no matter how hard you try and care about people around you, they just can’t seem to understand you?

It’s very tempting to look at that situation and assume the role of a victim. It’s very tempting to say that you were just “born that way.” No, you’re not. Everything about you, believe it or not, and like it or not, is a choice. Everything from your appearance, to the way you talk to the things that you choose to talk about, and how much money you have in the bank, all of those and many more are results of your choices.

Guess where else they come from? They are from inside your mind. Don’t for a moment think that your personality has somehow “doomed” you to a certain life. That’s an illusion. You’re not stuck. You’re entitled to feeling frustrated, but you can choose because it is your life.

If you’re sick and tired of feeling stuck in a personality that you didn’t create, click here to learn the techniques that you need to reprogram yours for a better life.

Emotional intelligence is built on the solid foundation of self-awareness. When thinking that you are somehow stuck with a certain personality that produces negative results, you’re not.

Let me tell you, feeling like a victim is very attractive. It is. It’s quite seductive. If you think that you’re bearing the weight of the world and that people are expecting all sorts of things from you, you can gain a tremendous sense of freedom by simply assuming the role of a victim.

When you’re the victim, you feel that you’re not going to be held accountable. After all, you’re the person who already suffered. Why beat up on you some more, right?

When you’re the victim, you feel that whatever you do from that point on really doesn’t matter because the harm was already done to you.

It is no surprise that a lot of people who consider themselves victims are in their right victimizers of other people. They give themselves a pass. In fact, in many cases, they feel that they have some sort of license to be mean, abusive or disrespectful to other people because they’re already victims.

When people get harmed in the past, they feel that their shame, humiliation, and frustration gives them a right to hurt others. If you feel like this, it’s because you chose not to exercise your emotional intelligence.

Emotional intelligent people do not resort to victimhood. They know that it’s a dead end. When you are a victim, you are essentially saying to the world that you have no choice over your life. You’re the person that things happen to, instead of the person that makes things happen. You’re always looking for a break and the benefit of the doubt even though you did not earn it.

I’m telling you if you assume the role of the victim, you are going to be settling for the crumbs that life has left over. This is not exactly a winning position. Click here to get out from under victim mentality. It’s easier than you think. It all boils down to emotional intelligence.

You Suffer From Low Self-Esteem

People who suffer from low self-esteem often misread their emotions. They think that they’re just sad they think that the world can be reduced to black and white. The problem is that this is a case of interpretation.

Maybe you’re looking at the total picture of your life in the worst way possible. Maybe you are exaggerating other people’s achievements and putting yourself down. If you’re completely honest with yourself and practice emotional intelligence, you would see the big picture. More importantly, you would see things in the right perspective.

Given enough perspective, it often turns out that we’re not as bad as we think we are. We quickly discover that were not at the bottom. No matter how ugly, dumb, poor, stupid, or unappealing you may think you are, when you look at your life with the right perspective, things aren’t that bad. If you are reading this book in the United States, you are in the top 10 % of the world’s population. Chances are you don’t have to worry about a roof over your head, food in your belly and clean water.

Those are big deals in many parts of the world. In fact, if you make more than $2 per day, yes, you read that correctly, $2 per day, you are making way more money than hundreds upon hundreds of millions of people on this planet. I’m not going to force you to count your blessings, but I just want to ask you to look at your life in perspective.

This is one of the benefits of emotional intelligence. Ultimately you realize that a little bit of empathy can go a long way. Empathy produces perspective. Click here for a practical guild in rediscovering your personal power of empathy.

If this is the case, maybe it’s because you are not identifying and analyzing your own emotions accurately. It may be because regardless of how much preparation and resources you’re throwing to something, you sabotage yourself from ultimate success.

If you think this sounds twisted or weird, don’t. It happens all the time. If you’re sick and tired of this, click here to learn some important coping mechanisms that will enable you to stoop emotionally sabotaging yourself.

Your Impulsive Actions Keep You Down and Hold You Back

You find yourself making decisions based purely on emotion. Is it hard for you to resist the effect your present circumstances have on your decision-making abilities? You may be making impulsive decisions. You probably already know that impulsive decisions often lead to situations that you would come to regret. Either you feel bad about them almost immediately or not long after.

Let’s get one thing clear, when you make a decision based on impulse, often it’s not the best. You most likely did not go through the proper decision-making process so you can’t be assured that the choice you made is the most optimal. You also probably didn’t go through weighing the advantages and disadvantages of the choice that you’re thinking of making and think things through as far as that decision’s long term impact on your life.

Throughout our careers, we are faced with many opportunities. There are quite some forks on the road that awaits us. Unfortunately, if you think in a very emotional way, don’t be surprised if you keep taking the wrong path. Sure, sometimes you make the right call. But you probably would just be able to count them with one hand.

If you are to honestly look back at all your career choices as an emotional thinker, the vast majority of them were the wrong decisions. This can be easily traced to the fact that when you are given an opportunity to think about a set of issues in your life, you have a tough time keeping your emotions at a safe distance.

Make no mistake; if you are in any way trying to make a decision and you let your emotions get in the way, nine times out of ten, you’re going to make the wrong call. At best, you picked a choice that is less than the best. At worst, you made a decision that would create the worst case scenario. None of these situations are good.

Do yourself a big favor and click here to learn simple tricks that will enable you to pull away from emotional thinking. This form of habitual thinking can easily hold you back and drag you down as far as your career is concerned.

There’s nothing more reassuring to many people than having somebody to blame. When you feel that other people are the reason why you are not achieving the kind of activities you are otherwise capable of achieving, you feel liberated. You do. Why? You don’t have to try. Other people are to blame. You’re not held accountable for not trying hard enough or whatever other reason. This is a mental illusion.

Emotionally intelligent people always go back to the fact that they chose their lives. They may not be happy with their current lives, but when they wrap their mind, as well as their hearts around the concept of personal choice and self-ownership, things begin happening.

You have to understand that the more you blame other people for whatever went wrong in your life, the more power you hand over to them. Think about it. If they “broke” your life, then obviously they can fix it. After all, they’ve broken it in the first place. Do you see how ridiculous that is?

It’s hard enough changing yourself, can you imagine changing other people? That’s precisely the position you put yourself in because you’re waiting for them to change of heart so they can help you out. Good luck with that.

This is very difficult for a lot of people to accept because it’s easy to blame whatever frustration you have on other people. Maybe you were abused in the past, or bullied in school, whatever the case may be it’s so easy to blame the past other people or situations that you can’t control.

4 Mistakes Not To Make When Using Sites For Adult Dating