What Causes Low Levels of Motivation?

Some people just aren’t motivated or just aren’t motivated enough. This 's hard to understand for people that always have the motivation, and they slap labels on these people like “lazy,” “stupid” or “uncaring.” But there are things that can cause low levels of motivation that have nothing to do with the person’s intelligence or laziness
Viral Rang
Inspiration

Some people just aren’t motivated or just aren’t motivated enough. This ‘s hard to understand for people that always have the motivation, and they slap labels on these people like “lazy,” “stupid” or “uncaring.” But there are things that can cause low levels of motivation that have nothing to do with the person’s intelligence or laziness. Most of the time, low levels of motivation can be cured if the right techniques are applied. We know that practice makes perfect, or at least, in this case, practicing being motivated will help you be more motivated in the future.

The factors that cause low levels of motivation can be divided up into four categories: habitual beliefs, habitual behaviors, personality quirks, and health problems. We’ll discuss each of them in detail, but don’t be alarmed if you feel as if you fall into more than one. Most people do, and those people still become motivated and achieve their goals. Let’s get started.

A habitual belief is something that you have believed for so long that it seems inconceivable that it could be false. You might have heard that people say something for so long that they start believing it themselves. That’s how strong these habitual beliefs can be, and they can be a major pain to change. But if you want to increase your motivation levels, you are going to have to carefully examine some beliefs and see if they are causing your lack of motivation. If that is the case, then carefully evaluate them so that you can know whether they are true, or whether you have just held them for so long that you believe they are.

Let’s take an example of belief so that you can see how the process works. Suppose that an overweight person has these two beliefs: “I am ugly” and “I’ll always be ugly no matter how much weight I lose.” How motivated is that person going to be to lose weight? Why would they give up food – which at times seems like the only friend in the world that they have – for something that they believe isn’t going to change how they look anyway.

That’s why habitual beliefs can be such driving forces in stopping motivation. But they aren’t always true. In fact, they aren’t even logical in many cases. In the case of the example above, it is quite obvious that losing weight would make nearly every overweight person look better and be healthier, but the belief doesn’t take into consideration those factors. It just stops the motivation in its tracks and turns you towards that piece of German chocolate cake in the refrigerator. 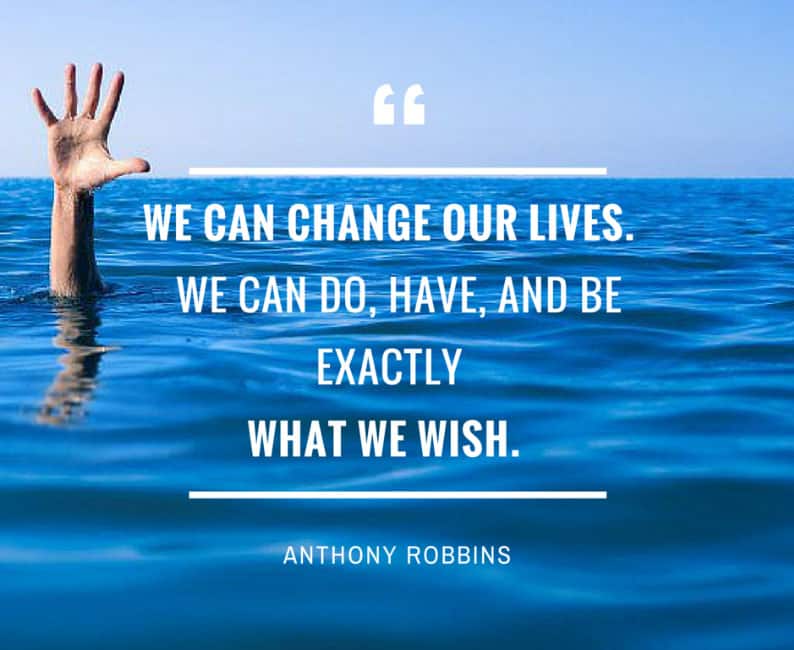 Breaking the Chains of Habitual Behaviors

Habitual behaviors are different than habitual beliefs in that they are not based on any particular belief and don’t have a foundation, but you have been doing them for so long that it can be almost impossible to break the habit.

I knew a middle-aged man who began to have serious teeth problems when he turned forty. In fact, growing up, his mother and father not only failed to stress how important brushing and flossing was, but they also didn’t believe in modern dentistry. Once he became an adult and realized how important brushing was, he was motivated to brush his teeth and floss every day. However, even though he had strong motivation, he found himself hardly ever brushing. He had been not brushing his teeth for so many years that he had to take special care and set an alarm twice a day for brushing, for an entire month before he finally was able to make it a habit.

Habitual behaviors make us a slave to them just as much as habitual beliefs and sometimes we have to take drastic steps to break the habit and form a new one that will help us achieve a goal. For example, if your goal is weight loss, but you have never developed the habit of exercise (or to put it more accurately you are a slave to the habit of not exercising) you will find it extremely difficult to do the first few times you do it, and you might have to force yourself to exercise for quite a long time before the habit of non-exercise is broken.

Another source of low motivation comes in the form of personality quirks. These are things about you personally that aren’t habits or beliefs and can’t be changed (although they can sometimes be improved) that affect your motivation in various ways. A great example of this is the person who suffers from poor memory. This can make it difficult to get motivated because they cannot remember why they started the steps to achieve the goal in the first place. In other words, they have forgotten the goal.

The last source of low motivation is because of health problems, either psychological or physiological. There are a number of problems that can cause low motivation and often, people go through their entire lives undiagnosed and are never able to achieve their goals or do the things that they wanted to do because of this particular problem. Let’s go through them one by one so that you can eliminate these as a possible cause of your low motivation.

Depression: Depression is by far and wide the most common problem of low motivation when it comes to psychological problems. Depression can make people want to stay in bed all day, and no matter how much they might want to achieve their goals, they are unable to because of the disease. Usually, once someone is diagnosed with depression, getting them on the right anti-depressants is a huge step towards helping them achieve their goals. However, bear in mind that even if a person is diagnosed with depression and benefits greatly from getting on the right medication, they still have a whole lot of habits that they’re going to have to break to get them to where they can achieve all of their goals.

Related: How Controlling Your Motivation can improve Your Life

Low Blood Sugar: People that have low blood sugar can have physiological reactions that make motivation difficult. A diet that consists almost entirely of carbohydrates can cause a lack of motivation because of the blood sugar spike and then crashes, and if this happens for a long time, the brain changes and fatigue sets in. Warnings signs are people who don’t eat breakfast and people who drink a whole lot of coffee or lots of energy drinks.

Brain Inflammation: When you have brain inflammation or “brain fog” your neurons are firing slower than normal. There are all kinds of things that can cause this: autoimmune diseases that target the brain, chronic inflammation, and sensitivity to food.

Hypothyroidism: This is one of the aforementioned autoimmune diseases where the thyroid gland is being destroyed by the immune system. If you lose your thyroid gland, you are going to experience some symptoms of chronic fatigue, depression, being unmotivated and even weight gain.

Sensitivity to Gluten: Not being able to tolerate gluten is a common problem these days and many foods are going gluten-free because of it. Some of the symptoms of having gluten intolerance, and ingesting gluten anyway include depression and fatigue that can make it difficult to get up and do anything.

5 Design Thinking Examples to Inspire You

6 Good Ways to Relax And Unwind