Home » How to Channel Your Motivation
Inspiration

How to Channel Your Motivation

In this chapter, we’re going to talk about how you can channel your motivation most effectively. You could have an incredible amount of motivation, be able to overcome the obstacles that you’ll face with ease and still not reach your goals because you are channeling your motivation into actions that will never get you anywhere.

It’s like the previous example that I used with the car. Channing your motivation into something that isn’t going to help you is like revving the engine in your car. You aren’t going to move unless you put it in gear, no matter how hard you press that accelerator, and you know what happens eventually? You run out of gas the same way that you run out of motivation if you aren’t achieving results.

So, how do you know where to channel your motivation? Weight loss has kind of been a theme throughout this book so let’s continue with the weight loss example. Here are some ways that people spin their wheels and rev their engines when they’re trying to lose weight, and odds are, you’ve probably tried at least one of these yourself.

The problem that many people have is that they have no idea how to direct their motivation into something good. Often, people that are motivated work towards something that has no chance of getting them to their goal, or at least, will make it take longer for them to achieve their goal, but they continue working at it because they don’t know how to direct their energy elsewhere.

Take, for example, someone who wants to start a web design business. They are good at creating websites, so they make several of them show to potential clients. After a few weeks, they have a dozen or so sites creates, all on their portfolio page and are ready to start getting business.

Since they don’t know exactly how to get business, they spend their time creating more sample websites. This is a perfect example of someone who is motivated, but they spend their time and energy doing things that won’t further their success. The person in this example needs to do some research on how to cold call businesses and sell them on a website, or how to market himself online and get in front of people and get seen. It is likely that if he continues to make sample sites, graphics and whatever else, he is eventually going to get frustrated and give up.

Another example is a person that wants to write a novel. They aren’t sure what the plot of their novel is going to be, so they start by creating the world that their characters live in. They create this marvelous fantasy world, with its maps, continents, and bodies of water, its system of government, rules of magic and much more, and at the end, they might have created an amazing world, but really what they needed was a basic sketch of fantasy land.

The bottom line here is that you need to have a plan for how you are going to achieve it. The plan is like your road map in the car example. You might have a destination and a car with gas in it, but unless you follow a roadmap, your chances of getting lost along the way are quite high.

Making a roadmap is different depending on what kind of goal you are going after, but if you want to sustain long-term motivation, find a way to channel it into something that is going to bring you success in your endeavors. Here are some tips to help you do just that.

A great way to do goal planning is to follow a method that the United States military coined: It is called backward planning, and it is one of the most effective ways to plan out your goal-achieving strategy.

You need to clearly define your goal. You can’t just say, “I want to lose weight” because that could mean anything, from losing a single pound to losing two hundred. You need to either specify the amount of weight that you want to lose or the amount that you want to weigh. Of course, weight loss is just an example. The point is, you need to create a clear goal with an outcome that you can actual visualize and quantify, and put in a checklist.

Now, here is where the backward planning comes in. Determine what the last thing you’ll need to do before you reach your goal. Here are some examples

Weight Loss: The weight that you’ll weight in on your goal weight. You can clearly picture the result – stepping on the scale and seeing the number that you have been working on for so many months – or years.

Publishing a Novel: The very last thing that you’ll do is approve the proofs that get sent to you. This will be what happens after all the writing, editing, rewriting and more editing.

Becoming Wealthy: Picture logging into your online banking and seeing a certain amount on your statement. The amount will differ depending upon how much you think it requires to be independently wealthy, and you can either choose to visualize how much you have saved up, or how much you are getting per month. Either way, it still gives you that result. 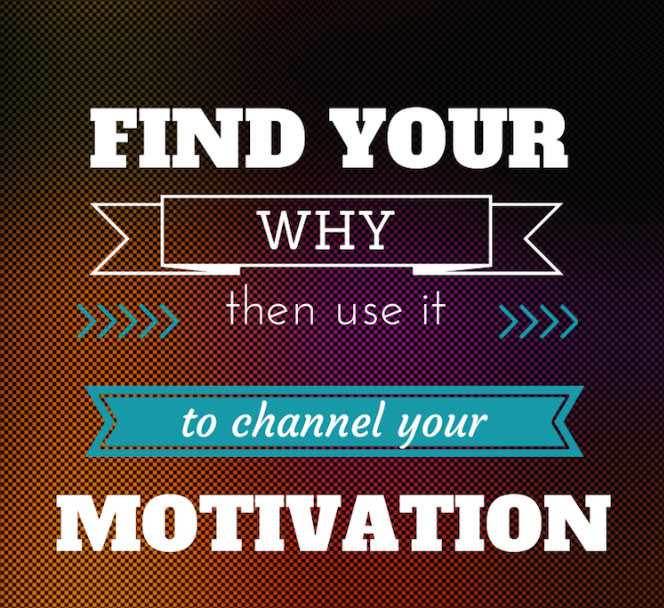 What is the last thing just before that last step? You can look at the examples there and determine which ones go with which step.

Related: Tactics to Increase Your Motivation

7 Best Ways To Integrate CBD Into Your Meditation Or Yoga

Adopt These Efficient Ways to Stabilize Your Mood

3 Tips for Keeping Your Mind Sharp As a Tack