Coronavirus Carnage: Has Bitcoin Been Affected?

Since the outbreak of the COVID-19 virus went global in February, it quickly became apparent that the economic effects would be significant. Stock markets around the world tumbled to levels not seen since the 2008 financial crash
emmamiah
Business

Since the outbreak of the COVID-19 virus went global in February, it quickly became apparent that the economic effects would be significant. Stock markets around the world tumbled to levels not seen since the 2008 financial crash, whilst central banks in the US and beyond released trillions of dollars worth of cash into the markets in an attempt to mitigate the worst of the damage.

While much of the coverage of the economic fallout from the coronavirus has been focused on the travel industry, as well as stocks, shares, and fiat currencies, comparatively little attention has been paid to the world of cryptocurrencies, including the world’s leading e-currency, bitcoin.

While in the early days of the outbreak some crypto fans thought that bitcoin would be able to weather the storm, it soon became clear that it would not be immune. In the first two weeks of March, when governments around the world began imposing draconian lockdown measures on citizens and halting huge swathes of economic activity in an attempt to reduce the spread of the virus, bitcoin began to truly suffer.

The currency saw single-day losses of as much as 18% in March 2020, despite the occasional small rebound. All told, it has been predicted that bitcoin will likely fall below $5000 and stay there for the foreseeable future.

However, that’s not the full story. The fate of bitcoin in 2020 depends on multiple factors, and the outlook is not all doom and gloom for the currency that was once valued at $17,000 per unit. Let’s take a closer look and see what the outlook will be for bitcoin in the near future.

The Story So Far

Since the start of the virus outbreak, the fate of bitcoin can best be described as grim. As already mentioned, its value has plummetted to levels not seen since the low points of early 2019, and there is little sign of a major rebound on the horizon any time soon.

The crypto enthusiast community predicted that the pandemic would affect bitcoin negatively as far back as January, which they rightly said would be the result of investors fleeing from less stable assets such as e-currencies towards more ‘safe bet’ assets like gold and government bonds.

While bitcoin, as a decentralized blockchain currency, is, to an extent, insulated from the effects of stock market crashes and manufacturing downturns, it is not immune to the confidence of investors. Volatility is undesirable in times of crisis. A resource with such an unstable value as bitcoin is simply seen as too risky for investors and major traders during times of turmoil, which is largely why the value of it has plummeted and will likely continue to do so. 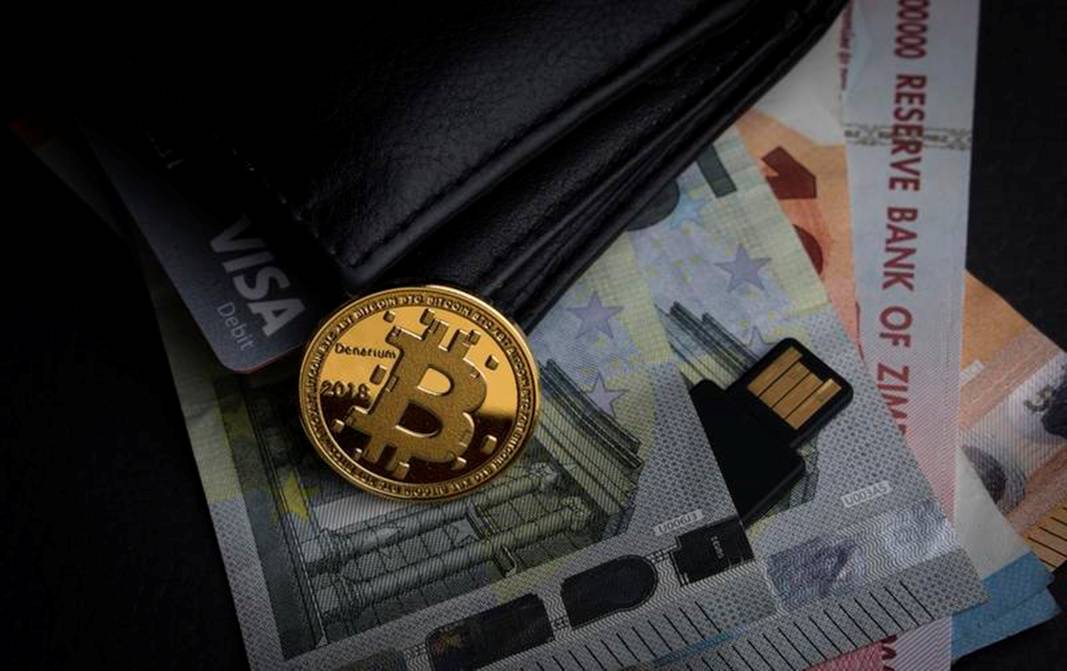 However, all of this does not mean that bitcoin’s future is in serious jeopardy. The currency has a lot of attributes that are actually beneficial in times of crisis, which many have already realized. That fact that it is a decentralized blockchain currency means that it can easily be moved around in times where the rest of the financial system is in meltdown. While countries may impose limits on the movement of other currencies and assets during a crisis, it is very difficult to do the same with bitcoin.

That’s why a number of major financial moves taken since the outbreak have involved cryptocurrencies. The investment giant Morningstar made history in March by using $20 million worth of the e-currency Ethereum to acquire a larger stake in the Fatburger restaurant chain. The airplane manufacturer Boeing, meanwhile, added more than $1 billion in excess airplane parts to a blockchain platform in March, citing the enhanced mobility and security offered by such technology.

In addition, traders on the foreign exchange (forex) markets have been continuing to use Bitcoin as a deposit method to buy and trade fiat currencies on the global marketplace, as it allows them to bypass any financial constraints that may arise from the crisis. Meanwhile, it has also been reported that thanks to the social distancing measures that are forcing people to spend more time at home, online shopping with bitcoin has surged across the United States as a result.

Although fewer people may be investing in bitcoin, it’s clear that more people are spending it. Should this continue as fears over the virus drag on, it is entirely possible that bitcoin will finally break into the ‘mainstream’ and be seen as a viable everyday currency.

While financial reporters are busy focusing on bitcoin’s value declining, they may be missing the bigger picture. Current trends suggest that we are seeing a new normal in which the relationship between bitcoin, markets, and consumers looks likely to experience a total reset. Should this become widespread, then the benefits for bitcoin will far outweigh the costs.

What Can The Logistics and Supply Chain Industry Expect From 2022?