Home » Cruising for Disaster: The 3 Worst Things That Could Happen on Your Cruise
Travel

Cruising for Disaster: The 3 Worst Things That Could Happen on Your Cruise

Summer is on its way out the door but before it ends, you’ve made vacation plans to go on a family cruise. Your bags are packed, you already know what kind of excursions everyone will be going on, and you have an itinerary jam-packed for the entire trip… with all the planning you did for this cruise, did you ever put a back-up plan in case something goes wrong? Probably not because your vacation is supposed to be a time of relaxation and fun, so the thought of anything that could possibly be stressful is not in your vacation plans. 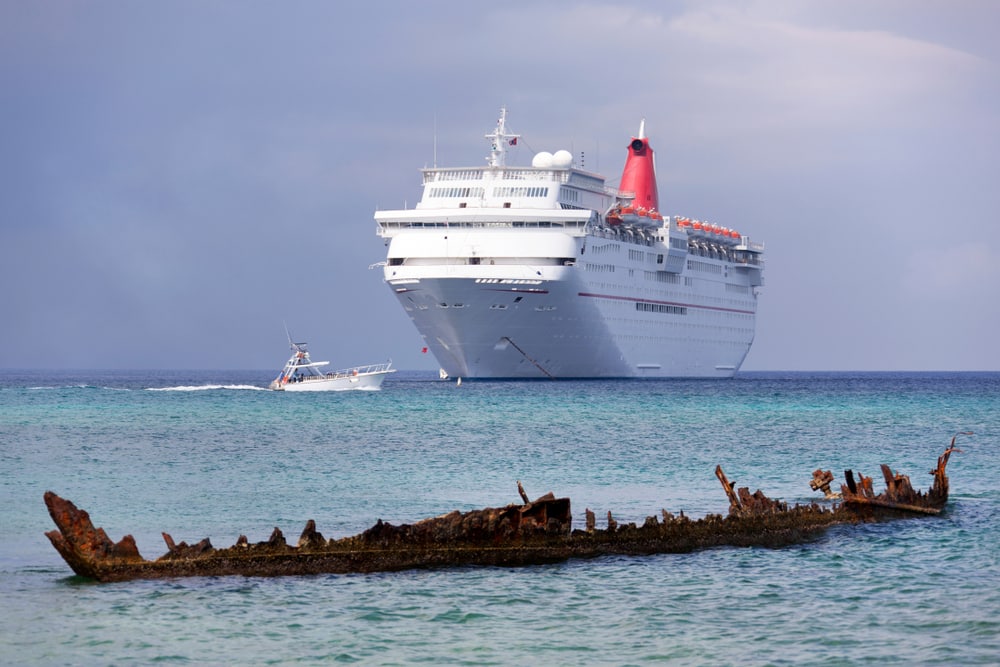 Something going wrong is not what you want to think about before going on vacation, especially on a cruise ship. Everyone is probably familiar with the ever-popular Carnival Cruise ship Triumph, which rightfully earned its name as the “poop cruise” back in 2013. According to CNN Travel, the terrible mishap was due to a fire knocking out the ship’s power, it left more than 4,000 passengers and crew members stranded in the middle of the ocean among piles of human waste. Now, that truly is a worst-case scenario, and there’s really no way that you can plan for something like that but it is always a good idea to plan ahead in case something does go wrong.

Whether you’re cruising off to the Carribean or setting sail to the Australian waters, planning ahead does mean thinking about all the bad things that could happen while you’re on your cruise but that doesn’t mean that those bad things are actually going to happen. Take a look at some of the worst things that could go wrong on your next cruise… just remember, in knowing some of these worst-case scenarios that could possibly happen, you have the knowledge to prevent them from happening!

Depending on where your cruise is going to, you will more than likely need to have your passport and any other important travel documents… without these, the cruise line may not let you on the ship, and that’s even if you’ve already been on the boat and lost your passport on an excursion… some countries require a visa. One of the best travel hacks to always remember is to email yourself a copy of your passport and your other important documents.

On top of passports and visas, you might have to present documentation that you’ve received certain vaccinations… it sounds like a lot of hoops to jump through but that’s just what you have to do sometimes when traveling on a cruise ship… losing those important documents during your cruise can result in a major headache trying to get back home. Consider putting those documents in a special type of bag or laniard before an excursion, that way you’ll be able to keep them safe and have them on you at all times. When you get back to the boat, put them in a safe place or a safe if your room has one.

Worst-Case Scenario 2: Suffering an Injury While on an Excursion

There’s no better way to ruin your fun on a cruise than to get injured while enjoying an excursion. This is definitely something you don’t want to think about but in the event, an injury does occur, you need to get in contact with a cruise ship injury lawyer immediately. There are actually several different types of excursion injuries you can suffer from and knowing which one you’ve experienced is key. The types of injuries include:

Each of those accidents is very serious and if you do suffer injuries while on a cruise, you, of course, need to get proper medical attention but don’t forget to consult with a cruise ship lawyer as soon as you possibly can and hang on to all documents and records from the care you received.

Cruise ships are magnets for pirates, and please believe that these aren’t the “shiver me timbers” types of pirates. The new-age pirates have traded in their eye patches for guns and speed boats. The most common places where pirates strike the most are Somalia, India, Nigeria, and Bangladesh. No need to worry too much though… cruise ships have proper plans in place to handle pirate attacks ranging from special maneuvers to water cannons. BUT, it’s still something to think about… what would you do or how would you react in a worst-case scenario like this?

Camp like A Pro: Essential Campervan Tips for Beginners

5 Surfing Destinations that You Must Visit in the US

Reasons to Travel Europe This Christmas

Camping Tips: How to Run A Generator Safely