Summer is certainly a wonderful season as the weather gets warmer and nature comes back to life. However, the hot season comes with an invasion of disease-carrying bugs that are both a nuisance and a health hazard.  Especially during the summer months, biting insects are more active and the risk of getting an infection carried by them is severely increased.

Throughout summer months, people spend more time outdoors, wearing thin clothes that leaves their skin exposed to the insects. There has been an increasing number of cases of illness transmitted by insect bites in recent years. Most cases are coming from bites of ticks and mosquitos and the most common illnesses contacted through bug bites are Lyme disease, Rocky Mountain fever, dengue, and Zika virus.

As the bites of disease-carrying bugs can be life-threatening, there is a need to raise awareness about knowing how to prevent, diagnose, and the right treatments for any infection. Learn more about how to protect yourself and your loved ones and how to recognize if there is a need for immediate professional medical treatment.

Mosquitoes bites are the most common during the summer season. Apart from the annoying little red bumps with itching and a little swelling feeling, mosquitoes’ bites can be extremely dangerous. If there is no infection, the bump usually clears up on its own within a few days. However, bites from mosquitoes carry certain viruses or parasites which can cause severe illnesses. Some of the most common diseases carried by mosquitoes are West Nile virus, yellow fever, malaria, and some types of brain infections such as encephalitis.

Bee and wasp bites are not harmful to humans unless there is an allergic reaction that might require medical attention. A bee and wasp stinger contains venom transmitted to humans during a sting. The worst reaction of a bee or wasp sting can be pain and irritation.

Fleas are especially commonly found in homes with pets. Pets can catch fleas from outdoors and spread them to their owners. Flea bites are rarely life-threatening to humans or animals but can transmit bacterial infections. However, fleas feed off the blood of animals or humans and their bites are very itchy. Moreover, once brought inside by the pets, they can quickly spread throughout the entire house.

Bedbugs are another type of parasite which feeds on human blood but does not spread diseases. Bedbug bites are often red, itchy, and swollen. They can enter homes undetected through clothing, used beds and couches, or any other items. They are nocturnal insects and tend to bite their hosts at night. 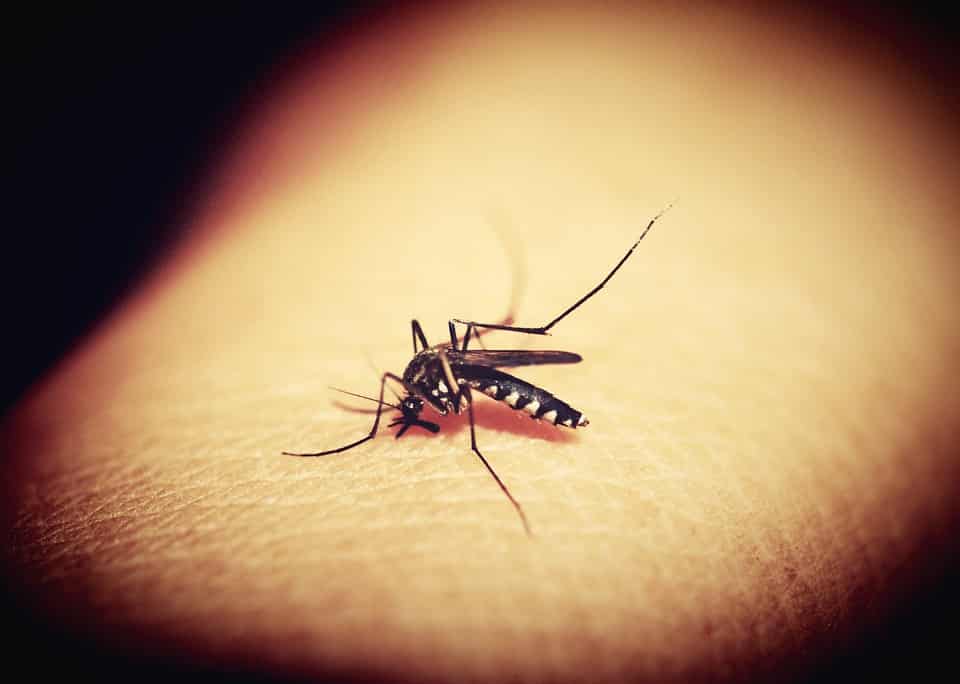 Regardless of the fact that they are a nuisance, some insect bites are nor harmful or life-threatening to humans. Especially if they are not carrying any disease or infection, the bite marks should go on their own within a few hours or days, depending on the severity of the skin reaction. The most common symptoms of bug bites that should tell you there is no need for medical treatment include itching, mild pain, numbness, redness, and rash.

Some bug bites can lead to severe complications if the insects are carrying diseases. Allergic reactions or serious illnesses might require immediate medical attention as they can be life-threatening if they are not treated promptly and properly. Potentially deadly bug bite complications may include symptoms such as high fever, severe headache, shortness of breath, vomiting, weakness, and even paralysis.

How to Prevent Bug Bites?

The best way to protect yourself from transmitted infections through insect bites is to prevent them as much as possible. It might sound like a challenge to say away from bugs especially during summer months when we spend most of our time outdoors. However, with a few precautions, it is possible to keep yourself and your loved ones safe.

Set up a barrier for bugs

During summer, your house becomes an exposed environment to flying insects that might carry diseases. Apart from being a nuisance, they can also be a health hazard. You need to stop bugs from entering your house and bring infections or bacteria. Keep insects away with electric bug zappers from coming and spreading in your entire home.

During the hot season, it may be difficult to cover your entire body especially when the temperatures are extremely high. However, if you are traveling in areas where insects are prevalent, avoid wearing thin clothing as some insects can easily bite through the fabric. Protecting clothing such as long sleeves, socks, long pants, and hats can protect you from the bites of the disease-carrying bugs.

Check pets before entering the house

Homes with pets are more predisposed to have bugs inside. Pets are a good environment for bugs to come inside and spread throughout the entire place. Another precaution that needs to be taken is to check your animals before taking them indoors.

Most insects tend to be more active and bite their hosts during the night. In order to avoid their bites, it is better to avoid as much as possible to do outdoor activities during dawn.

Keep in mind that if bug bites seem to be associated with more serious warning signs, you immediately have to seek professional medical help to prevent the spread of infection in your body and get the right treatment.

Things You Should Do Before Getting Affordable Dental Veneers Adelaide

Gut Health 101: The Pros And Cons Of Probiotics

The Impressive Benefits of Straight Teeth