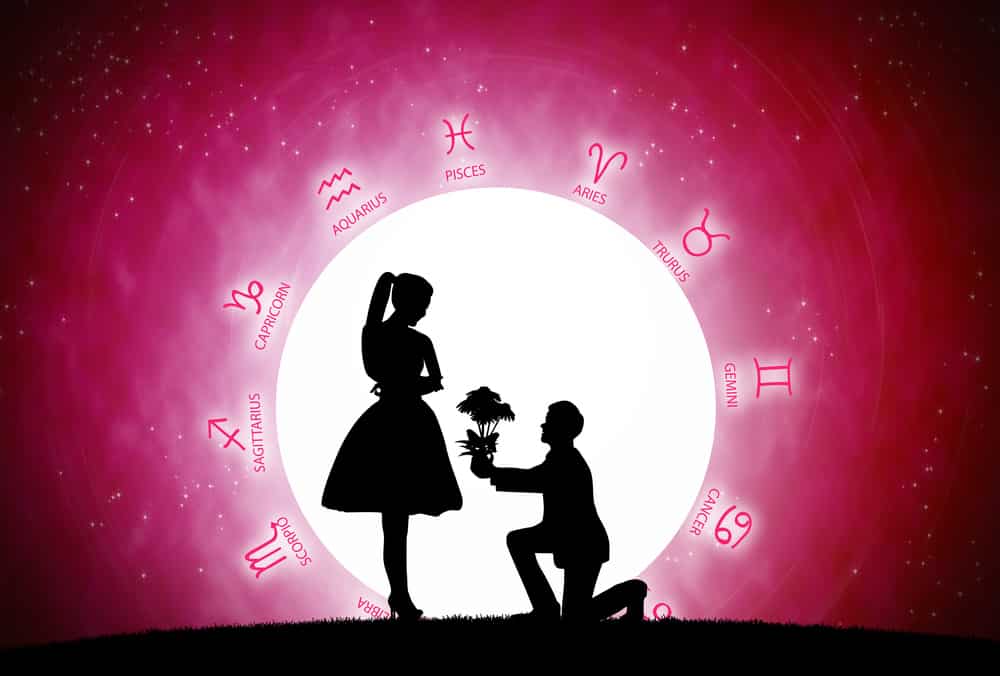 All the various different faith beliefs are based on one fundamental understanding, that it is meant to create a better human being and human existence. It is unfortunate though that most humans tend to twist these fundamentals to suit their own individual needs and comforts.

The idea behind all faiths is that all the philosophies and beliefs are in place to help seek and explain the human existence in the context of the earth and the universe. The three basic questions that are commonly asked are why, who and where each human’s life’s purpose is designed accordingly.

The element of faith allows each person to explore these ultimate questions, while going through life as best as they can. Becoming involved in a particular faith belief will also allow the individual to be well grounded in a fundamental lifestyle.

This chosen faith also allows the person to have some level of moral conscience to get through their daily activities with the proper mindset and general perception of other people, thoughts, and feelings. This makes the individual a better person to be around and also to work with.

However, when there are complications within a relationship due to the varied faith beliefs, this can present quite a challenge or problem for both parties. If not handled well, this could eventually be the cause of the relationship running into serious problems. Initially taking the stand of being understanding and accommodating and even adjusting accordingly to each other beliefs might seem like the ideal path to take, however studies have shown that eventually one party will feel overwhelmingly obligated to make allowances, thus leaving them feeling stressed and even resentful. There are also cases where one party eventually tries to influence others to commit to one common faith and this too can be very stressful and damaging.

Most followers of different religions tend to find some connection within the religion’s fundamentals and the morality issues, in a way that makes the two elements connect on some level of synchronicity. This would hopefully bring forth the ideal moral person who will be an asset to society and certainly a good individual to have as a partner in any relationship.

In the interest of creating some level of harmony within a relationship where there are varied religious beliefs, both parties should be open and ready to evaluate the differences and similarities on both sides of the equation. Once this has been established clearly, they should then go about listing all the similarities found parallel to both religions so that some common ground can be clearly and successfully identified.

Through the process of identifying these similarities, both parties will be able to understand and work together in incorporating these beliefs into the daily lifestyle practices. This will not only help to create a strong understanding between each other, but will also help to give each other a sense of togetherness in practicing something they both have in common. Though most of these similarities should be practiced with some level of seriousness and respect, both parties will also be able to enjoy sharing such common ground, thus making it a more enjoyable experience overall. Acknowledging these similarities will also help to bring the parties closer together as they try to understand each other’s varied beliefs.

This evaluation process is also helpful if there are intentions to expand the current unit into a family unit. Bringing children into the picture is something that can be a point of contention when it comes to religious issues. Therefore, with the common ground previously established, this transition phase can be handled with care and respect.

Determine How The Children Will Be Taught

When there are different religious beliefs and practices within a relationship, complications are bound to surface. This is made even more probable with the addition of children into the equation. Therefore, in the quest to ensure conflicts are kept to a minimal, the couple should discuss how and which path or direction the children are going to be following and how they will taught this.

Decisions About The Kids

For some couples, this does not seem to take on the level of importance or priority that it should, leaving them with no clue as to how to handle the matter when it eventually surfaces. However, with careful planning and a lot of calm and focused discussions, the couple will be able to manage this particular exercise quite well. Seeking guidance on this issue would also be advisable, especially if both parties feel equally strong about their own religious beliefs and would want the children to follow their beliefs. Here, the exercise of exploring and finding common ground between the religions would be very beneficial for everyone involved. Caution should be extended at all times during the process of determining which faith the children should follow. Without caution and consideration for both party’s feelings, things can get quite out of hand and seriously affect the harmony on the relationship and eventually the children’s mindset on religion.

At the initial stage, both parents should be willing to discuss this very important matter in a mature and realistic way, as the children will eventually be greatly influenced and their general upbringing will be very much based on the fundamentals of their religious beliefs. Besides the actual participation of the parents in the teaching process, there will also be a need to discuss any added or outside religious commitments that the children might have to participate in.

Look To Others Who Have Successfully Blended Faiths

The first thing to realize is the need to be extremely tolerant, patient, and understanding when it comes to dealing with different religious beliefs within the family. Mixed faith marriages will already be under a lot of pressure from outside and within the relationship itself, without having to deal with other matters such as religious beliefs. Therefore, it will be prudent to ensure some level of understanding is exercised at all times. 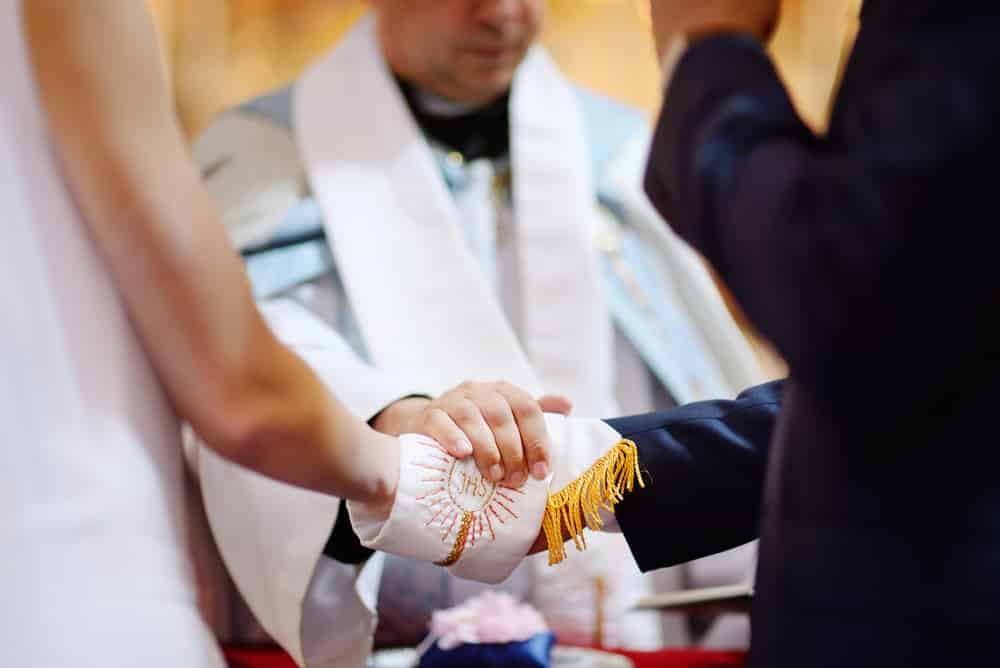 In spite of all the complications that are likely to unfold, there have been many success stories about families being able to live happy and fulfilled lives, despite the fact there is are varied religious beliefs within the family. Taking the time and energy to seek out the help and expertise of such people will be very beneficial. These good examples can be very helpful to the couple just starting out with these issues and thus learning how to deal with these from sources who have been fairly successful would be a good way to start on this rather complicated journey.

The support given by such people can also be another good reason to seek out and befriend those who have successfully blended their faiths. In most cases, these people will be more than happy to help any young family starting out by giving valuable advice and lessons or guidance that would not only be practical but certainly tried and true. This advice could take on various different facets such as how to approach the subject of religions with the children to how to get them to cooperate in practicing the various aspects of the religion chosen. As this practice would ideally be a combination of both religions, those with previous experience will be better equipped in helping to handle such issues.

There are a lot of ways an individual can look upon being tolerant towards another person’s religious beliefs. This is very important to practice, especially if there are two different religious beliefs in existence within a relationship. Finding and working on a common ground without intentionally imposing one’s beliefs on the other party will help keep the harmony of the relationship in tack.

Understand that religions tolerance is not the same as religious indifference. It neither in any way wants to be looked upon as part of the exercise to create harmony and peace within the relationship. Although, sometimes these beliefs may be taken too far and looked upon as rather inappropriate, both parties should be willing to stay neutral in passing judgments. In order to stay tolerant of another person’s ideas and belief of their own religion, there is a need to refrain from discriminating against the other person’s right to follow a different path. True, tolerance also allows both parties to be accepting of each other’s views and differences based on their religious practices while understanding and accepting that not all such practices are practical or suitable. It is because real differences are bound to exist between the two parties.

Being tolerant is also defined as allowing the other party to comfortably and freely practice their religious beliefs within the relationship, while making some attempt to understand the reasons behind these practices. This will almost always be well received and most people will enjoy sharing their religion with others, even if the other party does not have any intention of changing his or her religion at that point. This is still an interesting exercise to explore.

How Using Humor Can Help

Religion is a very serious subject and more often than not it is also the root cause of most relationship problems. Therefore, in order to avoid conflict, there is a need to ensure this subject does not become too seriously discussed and some humor should always be part of the exercise.

Learning how to use humor to defuse any situation is a very good tool to master and when it comes to the subject of religion, this is even more useful as religion is usually a very serious subject and one that not many would be able to discuss without getting into some sort of argument. Therefore if the individual is able to inject some level of humor into this very serious subject, a lot of unwanted frictions occurring within the relationship can be avoided. It should be noted however, that humor without thought for the other person’s sensitivity to the subject of religion is also not a good idea, as some people just don’t see the point in taking anything related to religion lightly.

Sharing a life with someone of a different religious background and belief system is certainly very difficult and can come with a whole set of challenges that both parties will have to face and adjust to. When this is the scenario presented, there is a need to have a good sense of humor to ensure all peculiar practices are looked upon with an open mind and without judgment of any kind. If and when a problem arises and the root cause seems to be the religious beliefs being practiced, then approaching the problem with a good sense of humor will help to decrease any sense of being on the defense and keep everyone calm and less likely to have emotional outbursts.

It is important to understand that each individual on this earth is different in one way or another. Many people have different religious beliefs that they feel very strongly about. That is why it is important to take the time to show your partner that you wish to understand more about their religion. In order for a relationship to work there needs t be common understanding and respect for each others views and beliefs. That doesn’t necessarily mean you have to follow their beliefs, it just means you have to respect them. Finding a common ground on religious views may be a hard road, but don’t worry, there is light at the end of the tunnel!

How To Organize A Funeral Service

Why Assisted Living Community for your Seniors?