A budget tells us what we can’t afford, but it doesn’t keep us from buying it.
William Feather

A group or an artist shouldn’t get his money until his boss gets his.
Bobby Darin

About the time we can make the ends meet, somebody moves the ends.
Herbert Hoover

All lasting business is built on friendship.
Alfred A. Montapert

An economist is an expert who will know tomorrow why the things he predicted yesterday didn’t happen today.
Laurence J. Peter

An economist’s guess is liable to be as good as anybody else’s.
Will Rogers

And while the law of competition may be sometimes hard for the individual, it is best for the race, because it ensures the survival of the fittest in every department.
Andrew Carnegie

Anyone who has lost track of time when using a computer knows the propensity to dream, the urge to make dreams come true and the tendency to miss lunch.
Tim Berners-Lee

As a small businessperson, you have no greater leverage than the truth.
John Greenleaf Whittier

Blessed is he who has found his work; let him ask no other blessedness.
Thomas Carlyle

Business is a combination of war and sport.
Andre Maurois

Business is in itself a power.
Garet Garrett

Business is never so healthy as when, like a chicken, it must do a certain amount of scratching around for what it gets.
Henry Ford

Business, more than any other occupation, is a continual dealing with the future; it is a continual calculation, an instinctive exercise in foresight.
Henry R. Luce

Cannibals prefer those who have no spines.
Stanislaw Lem

Definition of a Statistician: A man who believes figures don’t lie, but admits than under analysis some of them won’t stand up either.
Evan Esar

Disneyland is a work of love. We didn’t go into Disneyland just with the idea of making money.
Walt Disney

Do more than is required. What is the distance between someone who achieves their goals consistently and those who spend their lives and careers merely following? The extra mile.
Gary Ryan Blair

Do not trust people. They are capable of greatness.
Stanislaw Lem

Don’t let your ego get too close to your position, so that if your position gets shot down, your ego doesn’t go with it.
Colin Powell

Don’t simply retire from something; have something to retire to.
Harry Emerson Fosdick

Don’t worry about people stealing your ideas. If your ideas are any good, you’ll have to ram them down people’s throats.
Howard Aiken

Economic depression cannot be cured by legislative action or executive pronouncement. Economic wounds must be healed by the action of the cells of the economic body – the producers and consumers themselves.
Herbert Hoover

Effort only fully releases its reward after a person refuses to quit.
Napoleon Hill

Employees make the best dates. You don’t have to pick them up and they’re always tax-deductible.
Andy Warhol

Every day I get up and look through the Forbes list of the richest people in America. If I’m not there, I go to work.
Robert Orben

Every few seconds it changes – up an eighth, down an eighth -it’s like playing a slot machine. I lose $20 million, I gain $20 million.
Ted Turner

Every young man would do well to remember that all successful business stands on the foundation of morality.
Henry Ward Beecher

Failure doesn’t mean you are a failure it just means you haven’t succeeded yet.
Robert H. Schuller

Family farms and small businesses are the backbone of our communities.
Tom Allen

For a lot of people, the weekly paycheck is ‘take-home pay’ because home is the only place they can afford to go with it.
Charles A. Jaffe

Government in the U.S. today is a senior partner in every business in the country.
Norman Cousins

Happiness does not come from doing easy work but from the afterglow of satisfaction that comes after the achievement of a difficult task that demanded our best.
Theodore Isaac Rubin

Hell, there are no rules here – we’re trying to accomplish something.
Thomas A. Edison

I am certainly not one of those who need to be prodded. In fact, if anything, I am the prod.
Winston Churchill

I buy when other people are selling.
J. Paul Getty

I don’t think meals have any business being deductible. I’m for separation of calories and corporations.
Ralph Nader

I find it rather easy to portray a businessman. Being bland, rather cruel and incompetent comes naturally to me.
John Cleese

I get to play golf for a living. What more can you ask for – getting paid for doing what you love.
Tiger Woods

I rate enthusiasm even above professional skill.
Edward Appleton

I think that there is nothing, not even crime, more opposed to poetry, to philosophy, ay, to life itself than this incessant business.
Henry David Thoreau

I want to put a ding in the universe.
Steve Jobs

I was told to avoid the business all together because of the rejection. People would say to me, ‘Don’t you want to have a normal job and a normal family?’ I guess that would be good advice for some people, but I wanted to act.
Jennifer Aniston 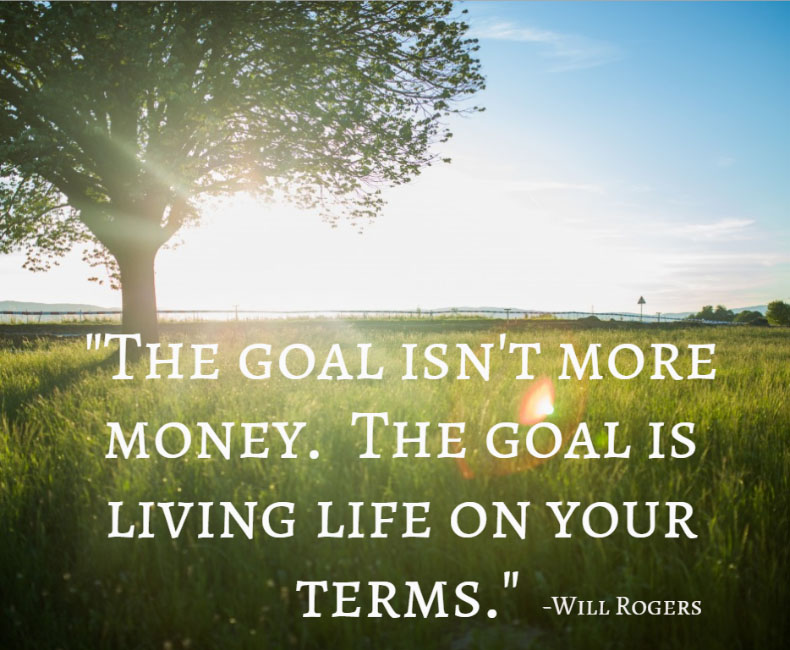 I’m not a driven businessman, but a driven artist. I never think about money. Beautiful things make money.
Lord Acton

If all the economists were laid end to end, they’d never reach a conclusion.
George Bernard Shaw

If one does not know to which port one is sailing, no wind is favorable.
Lucius Annaeus Seneca

If the career you have chosen has some unexpected inconvenience, console yourself by reflecting that no career is without them.
Jane Fonda

If there is anything that a man can do well, I say let him do it. Give him a chance.
Abraham Lincoln

If you aren’t playing well, the game isn’t as much fun. When that happens I tell myself just to go out and play as I did when I was a kid.
Thomas J. Watson

If you can build a business up big enough, it’s respectable.
Will Rogers

If you cannot work with love but only with distaste, it is better that you should leave your work.
Khalil Gibran

If you don’t drive your business, you will be driven out of business.
B. C. Forbes

If you have to forecast, forecast often.
Edgar R. Fiedler

If you listen to your fears, you will die never knowing what a great person you might have been.
Robert H. Schuller

In modern business it is not the crook who is to be feared most, it is the honest man who doesn’t know what he is doing.
William Wordsworth

In the business world, everyone is paid in two coins: cash and experience. Take the experience first; the cash will come later.
Harold S. Geneen

In this world nothing can be said to be certain, except death and taxes.
Benjamin Franklin

Informed decision-making comes from a long tradition of guessing and then blaming others for inadequate results.
Scott Adams

It is not from the benevolence of the butcher, the brewer, or the baker that we expect our dinner, but from their regard to their own interest.
Adam Smith

It takes more than capital to swing business. You’ve got to have the A. I. D. degree to get by – Advertising, Initiative, and Dynamics.
Isaac Asimov

It usually takes me more than three weeks to prepare a good impromptu speech.
Mark Twain

It’s called a pen. It’s like a printer, hooked straight to my brain.
Dale Dauten

It’s easy to make a buck. It’s a lot tougher to make a difference.
Tom Brokaw

It’s not what you pay a man, but what he costs you that counts.
Will Rogers

Just because something doesn’t do what you planned it to do doesn’t mean it’s useless.
Thomas A. Edison

Like dogs in a wheel, birds in a cage, or squirrels in a chain, ambitious men still climb and climb, with great labor, and incessant anxiety, but never reach the top.
Robert Browning

Look at growth, look at how much time people spend on the Net and look at the variety of things that they are doing. It’s all really good, so I am actually encouraged by the fundamentals that underlie usage growth on the Net.
Meg Whitman

Meetings are indispensable when you don’t want to do anything.
John Kenneth Galbraith

Remind people that profit is the difference between revenue and expense. This makes you look smart.
Scott Adams

So little done, so much to do.
Cecil Rhodes

Sometimes when you innovate, you make mistakes. It is best to admit them quickly, and get on with improving your other innovations.
Steve Jobs

Sooner or later, those who win are those who think they can.
Paul Tournier

Ways to Foster Creativity in Your Kids

Is Video the Best Marketing Tool?

How to Pick a Solar Company for Your Home