Greatest Inventions Revolutionizing the Lives of People With Disabilities

Tech companies create products with the consumer in mind, tasking a new smartphone, tablet, operating system, or app, with specific market demand. A number of companies, as well as individual entrepreneurs, focus on people living with disabilities. They create adaptive devices to help improve their customers’ lives. Known as assistive technology, these gadgets include anything that helps a person complete everyday tasks, and they cover all ranges of complexity. We’ve rounded up 10 especially cool pieces of assistive tech that illustrate how advanced space has become.

There are pragmatic inventions, such as cars designed specifically for wheelchair users; gadgets that near science fiction, such as bionic arms; and even common devices that prove helpful, such as robotic vacuum cleaners. Have you used or seen any awesome gadgets like these? Share them with us in the comments below.

Wheelchair users have driven cars for a long time — various adaptations and modifications allow for more accessibility. But there’s a major disadvantage: Most people need to collapse their wheelchairs and transfer themselves into the vehicle, which can be time-consuming and difficult. The Kenguru — from founder and CEO Stacy Zoern, who struggles with muscular atrophy — is an electric car in which drivers can remain in their wheelchairs. It’s considered a “community car,” only reaching 25 miles per hour (the legal maximum for such a car), meant for nearby errands. 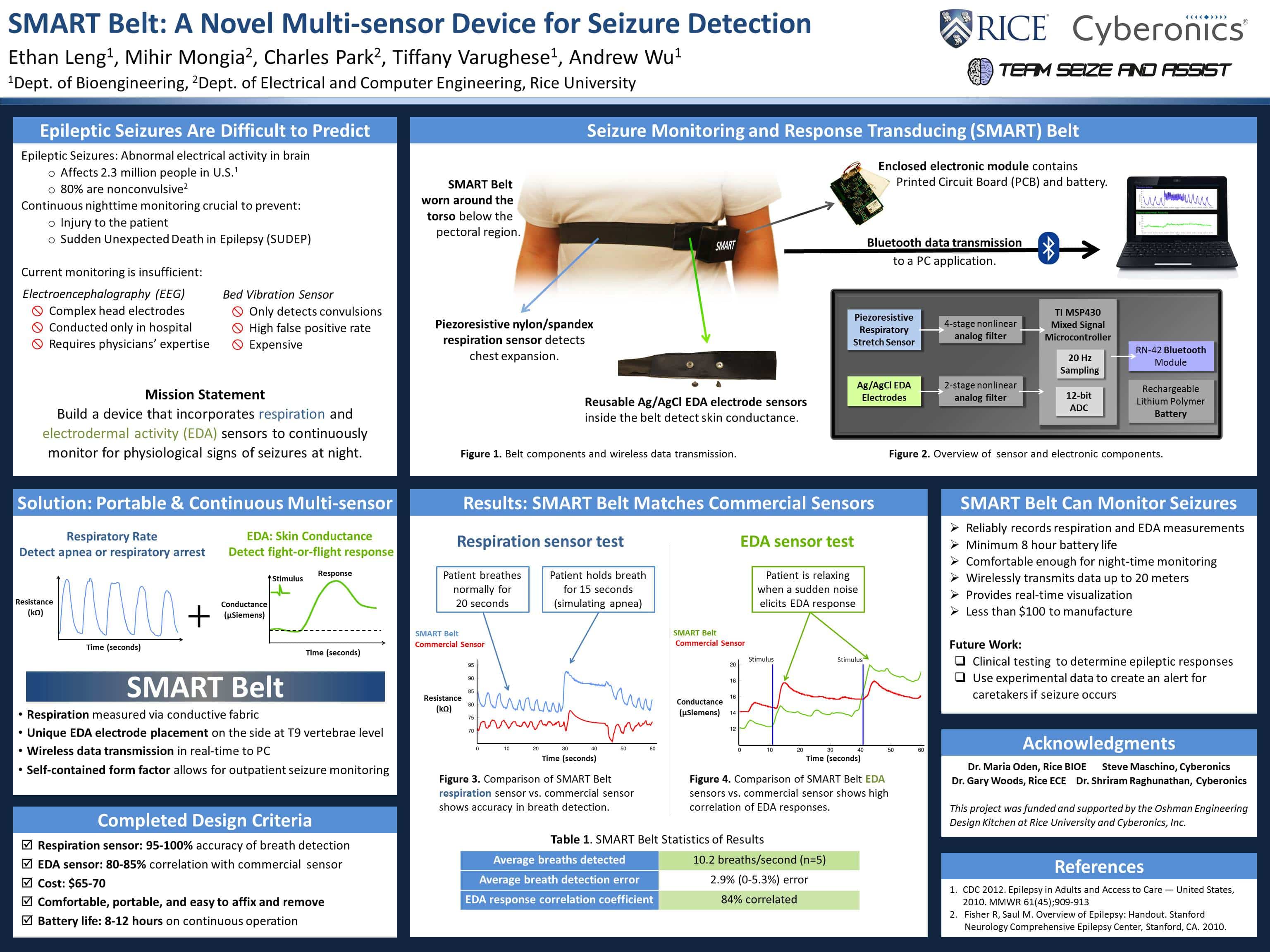 People with epilepsy experience seizures at any time, often without warning. In May 2013, senior engineering students at Rice University in Texas developed the Seizure Monitoring and Response Transducer (SMART) belt to detect signs of seizures. It can also wirelessly send messages to guardians or caretakers. The Smart Belt is meant for ages six and up, and is still in development at the time of this writing. 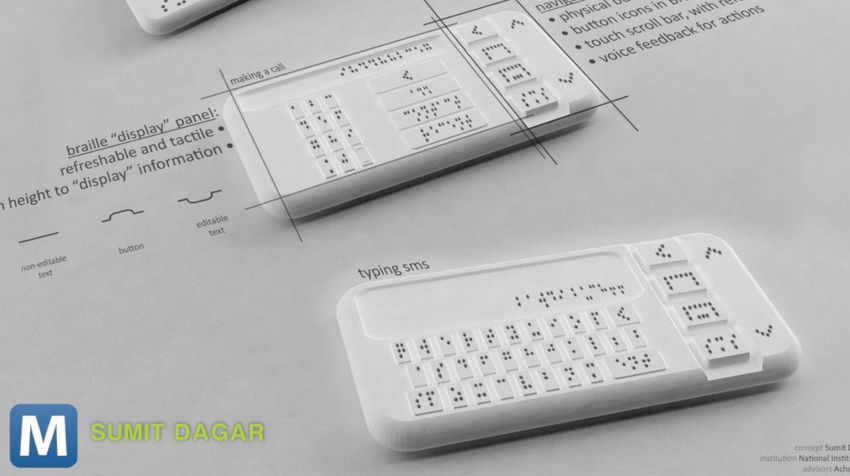 We’ve seen cellphones with braille number keys, but what about touchscreen smartphones? Sumit Dagar, a 2011 TED Fellow, is developing a phone with a screen comprised of a grid of pins. When the user receives a message, the pins form shapes and characters using the “Shape Memory Alloy” technology. Dagar hopes to release the phone by the end of 2013, with a price of $185.

With the Lucy 4 keyboard, people with limited or no use of their hands can operate a computer. The user mounts a battery-operated laser pointer on his glasses or headband, then selects keys on the custom stand-up keyboard. A woman named Janine, who has cerebral palsy, created Lucy, and she even made the website and an introductory video using her invention. The Lucy 4 keyboard allows people with disabilities to compute while lessening fatigue. The executive director of assistive tech company Touches the Future recently gave a demonstration of the Lucy 4 keyboard at the Abilities Expo in Atlanta, Ga. Prices vary according to insurance policies and taxes. 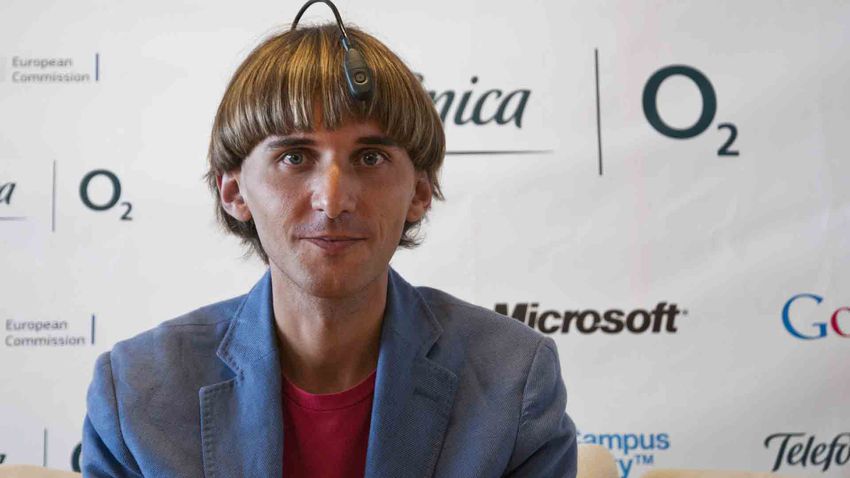 Neil Harbisson was born with achromatopsia — he’s more than just colorblind; he can only see in black and white. He created the Eyeborg, which he straps to his head, to identify colors, then transmit that information via audible tones sent through his bones. The device can pick up 360 hues. Learn more here. 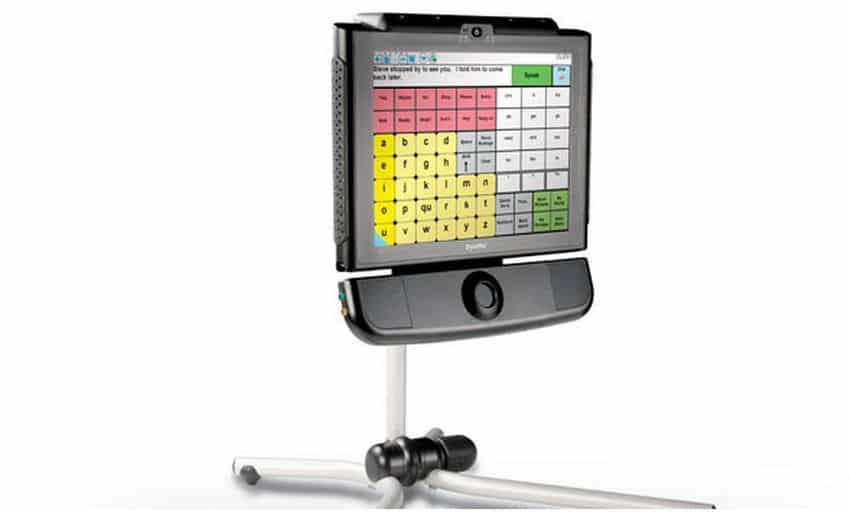 DynaVox’s EyeMax uses eye-tracking technology for computing, watching television, reading books and speaking for people with limited mobility. The EyeMax’s camera tracks the user’s eye movements, allowing him or her to use the device simply by blinking or gazing. Dynavox offers a wide variety of tools and apps for people who need help communicating. Check out the company’s website for more. 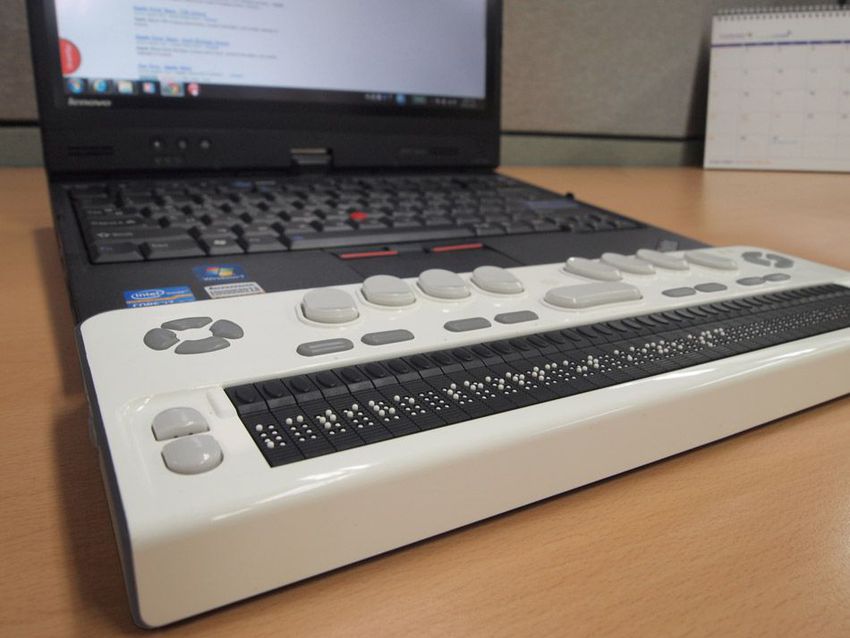 The Braille EDGE 40 is a powerful refreshable display, meaning it reads content on a computer screen and converts it to braille characters. This particular model is interesting for its seven built-in apps (including Notepad, Scheduler, and Stopwatch) and conveniently located navigation and function keys. The EDGE runs for $2,995. 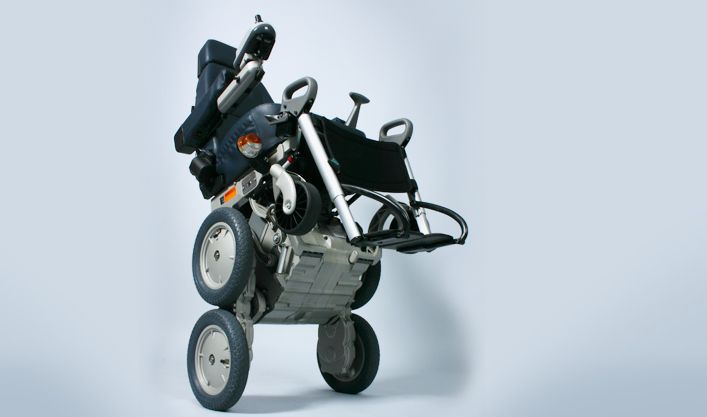 DEKA Research & Development, founded by Dean Kamen, created the iBot with wheelchair users in mind. Standard wheelchairs, manual or motorized, often cannot handle rough terrains. The iBot not only navigates any terrain, but it can also go up and down staircases with its self-balancing technology, and even “stand” (elevate at eye level). 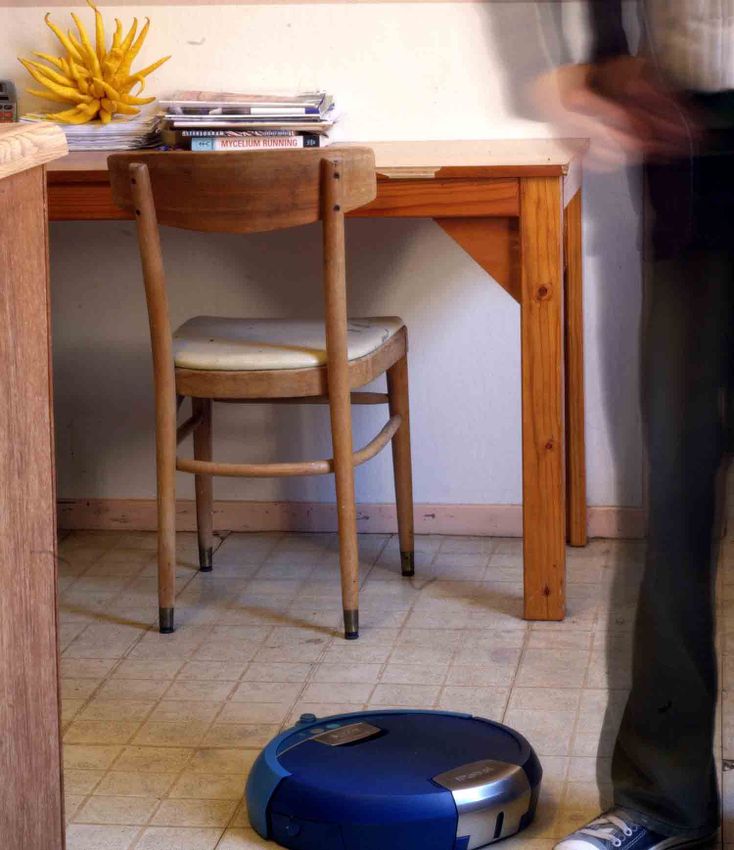 While the Roomba personal vacuum wasn’t necessarily made for people living with disabilities, iRobot’s series of home robots are very helpful for people who cannot easily clean their homes with traditional equipment. The Roomba isn’t typically considered a technological triumph, but it’s vastly underrated. These robots use localized navigation to clean their environments thoroughly. This is the same navigation algorithm as iRobot’s other line of autonomous vehicles: military-grade bomb disposal units. 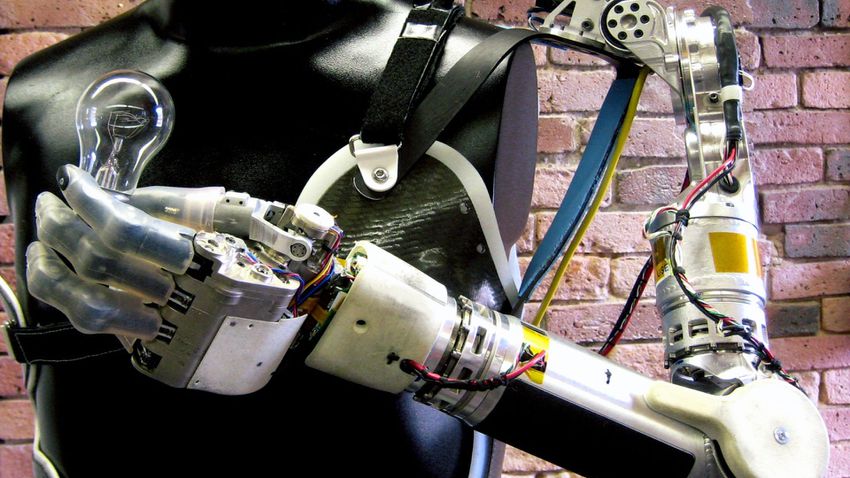 The DEKA Arm often called “Luke” (after Luke Skywalker) is a DARPA-sponsored project for people who received upper extremity amputations. The developing device essentially revolutionizes prosthetics, giving the user more control. The DEKA arm has been a topic of conversation for a while, but according to a recent Popular Mechanics article, DARPA is still pushing boundaries with the technology.

IDS and IPS Implementation: All You Need to Know

6 FaceTime Tips and Tricks You Need to Know

Habits that Can Keep Your Phone in Mint Condition

Important Benefits Of A Pressure Gauge