How to Prevent and Treat Cushing’s Disease in Dogs

Cushing’s disease, or hyperadrenocorticism, is a common endocrine disease, affecting both humans and dogs. Surprisingly it is much more common in dogs
emmamiah
Animals

Cushing’s disease, or hyperadrenocorticism, is a common endocrine disease, affecting both humans and dogs. Surprisingly it is much more common in dogs and generally affects middle-aged dogs, like Boxers, Dachshunds, Beagles, Boston Terriers, and Miniature Poodles.

The endocrine system produces hormones, which are the body’s chemical messengers. They act on different aspects of bodily processes and functions. One of them is cortisol, a hormone that regulates the metabolism and modulates the immune system. Cortisol helps the body respond to stress. When the body produces too much cortisol it may result in Cushing’s disease,  which weakens the body and causes pain and discomfort.

Cushing’s disease can occur on either the tiny pituitary gland at the base of the brain or on one of the adrenal glands near the kidneys, but almost 85% of Cushing’s cases are pituitary-based. This disease can be very serious if left untreated. Therefore, in this article, we point out diagnosing the symptoms, prevention, and treatments — from conventional medicine and surgery to choosing one of the best dog Cushings disease natural treatment options.

Most of the dogs will have very mild cases of Cushing’s disease with little to no symptoms, and some of them will have bothersome symptoms or troubling lab results. Depending on that, a specific and individual treatment is suggested.

Following is a list of the most common symptoms of Cushing’s disease which are commonly known as the five Ps:

Most of the dogs display three symptoms: skin problems, excessive drinking, and excessive urination. They drink a tremendous amount of water and then urinate correspondingly. Cushing’s disease can cause a dog’s skin to thin, which may then become infected, followed by other Cushing’s symptoms like skin rashes, skin infections, darkening of the skin, and hair loss. Additional symptoms of this disease are: 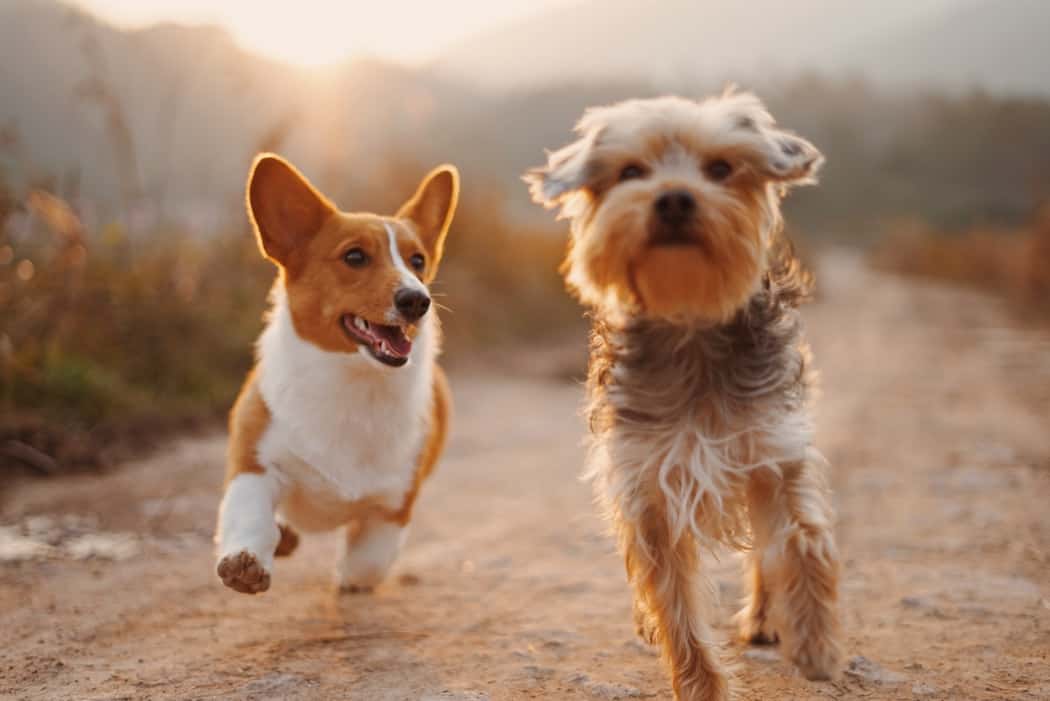 How is Cushing’s disease in dogs treated?

In 15% of the dogs diagnosed with adrenal-dependent Cushing’s disease, the suggested treatment is adrenalectomy of the affected adrenal gland. Adrenalectomy is the most practiced and successful conventional treatment. In many cases, the contralateral adrenal gland may have atrophied because of the high cortisol production, so these dogs may require careful monitoring, within the early postoperative period.

Dogs with pituitary-dependent Cushing’s are subdued to other conventional treatments, with one of two medications: mitotane or trilostane. Mitotane is given in higher doses during an induction phase, then in lower doses during a maintenance phase. Mitotane must be given with caution because overdosage can lead to hypoadrenocorticism or so-called Addison’s disease, which may be irreversible. Trilostane is a synthetic steroid that is administered orally. It plays a crucial role in the production of several adrenal cortical hormones. Given in therapeutic concentrations, it limits the production of cortisol.

Despite the conventional treatments changing your dog’s nutrition may ease many of Cushing’s symptoms. In most cases, introducing home-cooked meals to lower cortisol and support the liver is a very efficient treatment for Cushing’s disease. If your dog isn’t currently consuming grain-free food, it’s time for a change. Better to avoid dry and processed foods as much as possible. Make sure that the nutrition you use is balanced and incorporates food that is high in protein, and low in fat, fiber, carbohydrates, and calcium.

Western medicine recommends herbs like dandelion root, burdock root, garlic, nettle, and Siberian ginseng that either single or as combinations, give support to the stressed organs. Also, formulas of natural herbs promote a balanced function of the adrenal and pituitary glands and support the health of the endocrine system.

Another alternative medicine approach is homeopathy, conceived by Samuel Hahnemann. Homeopaths believe that their remedies are prepared substances that lead to symptoms of a disease in healthy organisms that will cure similar symptoms in the sick. This approach is applied to dogs as well. For the treatment of Cushing’s, it is considered that using Quercus robur will aid in excessive bloating and abdominal swelling, using adrenalinium, will keep the adrenal glands balanced, and Arsenicum album will relieve stomach and skin issues.

The power of acupuncture

One often used treatment is the ancient Chinese practice of acupuncture. It is known that regular treatments can help in the regulation of hormones and relieve symptoms. Veterinarians can now also use lasers on these points with the same effect as needles. Anxious dogs may do better with lasers than needles.

Herbal Remedies like dandelion help restore normal functioning to canine adrenal glands. Another common herb, Ginkgo Biloba, is famous for slowing down the adrenal glands’ release of cortisol. Astragalus is known for boosting the dog’s immune system, while burdock helps in the elimination of the toxins from the body. 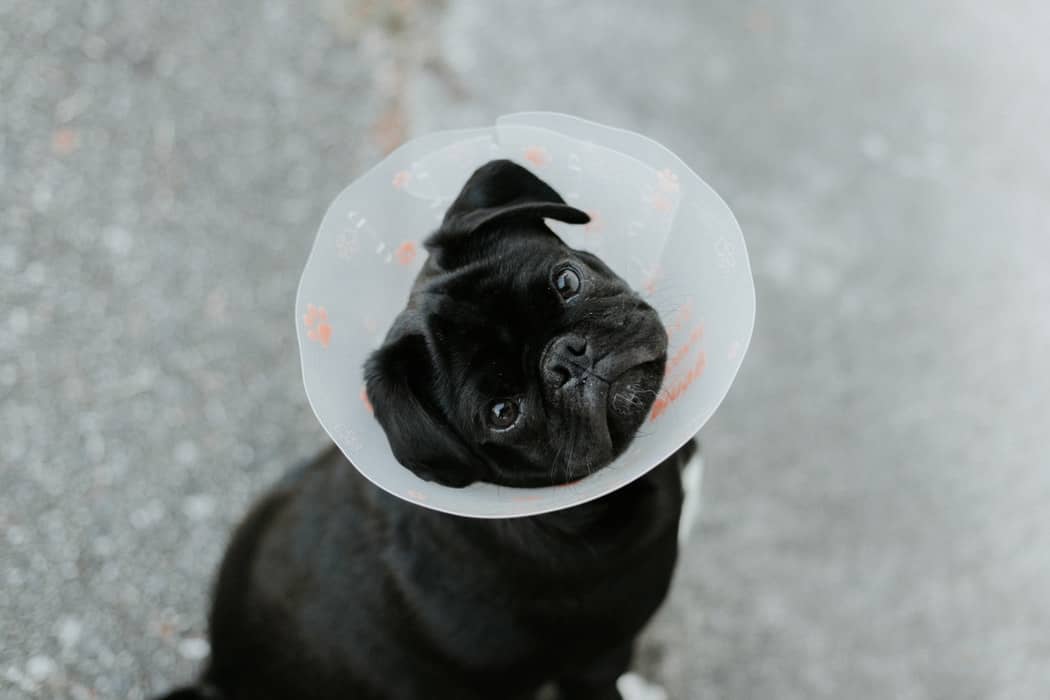 Awareness is the best prevention

After reading this article, you will want to prevent having to deal with Cushing’s disease. Knowing the signs and causes of the disease is vital. If you like to avoid long-term side effects, get your dog treated early. Try and find alternative medicines or natural treatments and strengthen their immune system with natural boosters. Proper nutrition is crucial. Feeding your dog the proper amount and sort of food helps them maintain a healthy weight. Therefore prevents illnesses and extends their lifespan. Regular hiking and walks, playing fetch, and swimming can keep your pet physically active and fit. Socialization and mental stimulation are also important.

Regular veterinarian check-ups are the best opportunity for your veterinarian to perform a variety of health screens that can lead to early detection of Cushing’s. This is crucial for avoiding future serious consequences. By protecting our dogs we can all enjoy our beautiful furry friends for a long time to come.

When you start to detect the symptoms of Cushing’s disease it is better to start with natural remedies that may help your dog in this battle. But always consult a veterinarian when starting to make dietary changes. Giving your pet herbs and supplements should always be approved. Your dog needs a specific treatment protocol that only an experienced veterinarian can suggest. It has to go regularly for blood testing and an overall evaluation, and might eventually have to go the conventional treatment route.

Keep in mind that balanced healthy food and regular activity is the best way of preventing this disease.

What Are the Most Trainable Dog Breeds?

All You Need To Know About Pugs

Understanding The Health Benefits Of Owning A Dog