Home » Is Vaping Really that Harmful as Most People Think?
People

Is Vaping Really that Harmful as Most People Think?

Anti-vaping attitudes are fairly common among smokers. In fact, 4 out of 10 people believe that an electronic cigarette is as harmful as a tobacco one. Vaping advocates, for their part, say that deluded smokers put their lives at risk every day by refusing to switch to a safer alternative. Let’s see who’s right and who’s wrong. 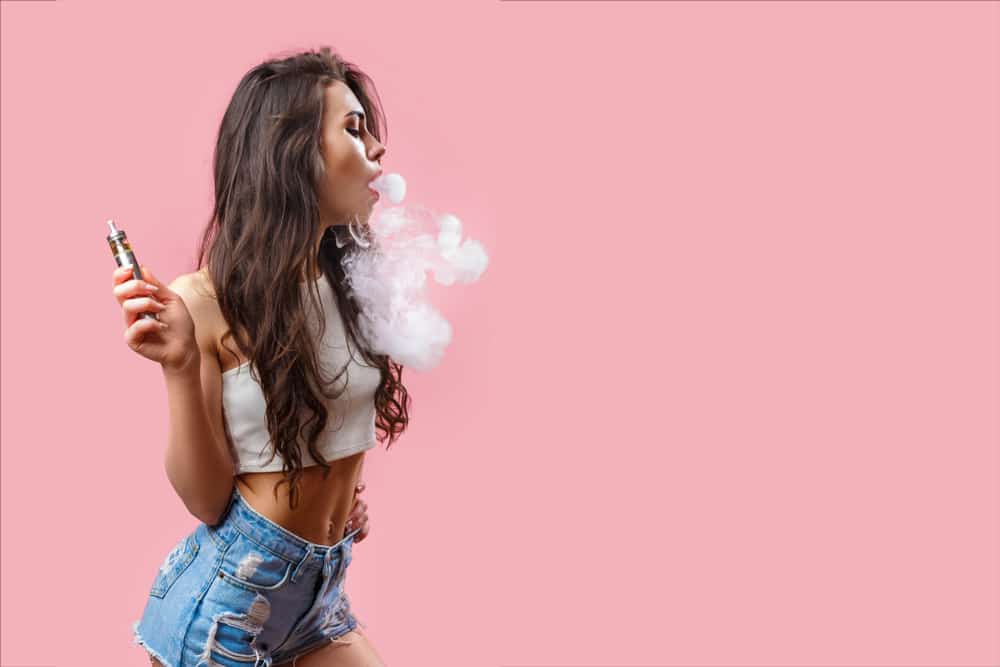 Do e-liquids have any harmful ingredients?

The vast majority of vaporizers are designed to support e-liquids. Other common materials include waxy concentrates and dry herbs. To vape a particular type of material, one needs a proper vaporizer. This and different nuances makes smokers stick to their habit that is so much easier.

With this in mind, developers created an all in one vape (see it here). It’s a beginner-friendly device with enclosed tank and coil. A user doesn’t have to mess up with installing or modifying anything.

So, e-liquid is most commonly used for vaping. Let’s see what it consists of and whether the ingredients can harm a vaper.

PG is generally used in everyday convenience and care products, food and animal feed. It is also present in some inhaled medicines, such as a nasal spray or the nebulizers used by lung transplant patients. PG is commonly recognized as safe by oral, dermal or inhalation routes.

Some people report several side effects of vaping high PG liquid. They say PG irritates the throat. Sometimes allergic reactions happen. If you notice allergic reactions to PG, try VG based e-liquid. Other side effects may be a sore throat, dry mouth, and increased thirst. This can last from a few days to a week while your body gets used to PG.

VG also called “glycerol”. It’s an organic liquid with a sweet taste produced from plant oils. You can find this additive in a variety of food, such as baked products, dairy products, pasta, cereals, processed fruits, and vegetables, etc.

High VG liquids sometimes cause the same side effects as PG. Drink a lot of water to cope with these. Or stop vaping.

There’s a belief that flavorings can excrete toxins when they are heated. Some studies have found carcinogens in the e-cig vapor. Though there’s no proof of the adverse effect of vaping on health, flavored e-liquids can’t be considered risk-free. However, the number of those harmful chemicals is hundreds of times less than in tobacco smoke. For a smoker who can’t kick the habit, best aio vape is a chance to stay on a safer side.

There’re zero-nicotine liquids on the market. But the majority of products do contain some level of this chemical.

Everyone knows that tobacco smoking kills. But a very low percentage of people know that it’s not nicotine – found in both tobacco and electronic cigarettes – that cause those smoking-related diseases and death.

Nicotine is poisonous in very high doses. Small doses used in vaping have a similar effect to caffeine. Maybe, using an aio vape is not as scary as some people think.

Can vaping lead to a severe disease?

A few years ago, health and news sites were filled with the articles titled likes “Vaping can cause popcorn lungs!” The route of hype was the founding that diacetyl, a chemical that was being generally used to give popcorn a butter flavor, causes Bronchiolitis Obliterans, so-called popcorn lungs.

It caught public attention in 2004 when former workers of a microwave popcorn plant in Missouri were diagnosed with this incurable disease. Later, when vaping become wildly popular, some health expert remembered about it. Why? Some vape liquids have small amounts of diacetyl in them.

Maybe years of heavy daily exposure of diacetyl in high concentration can provoke the mentioned lung condition. To reach the same level of exposure, a person will need to vape avidly for hundreds, if not thousands of years.

Moreover, a smoker can consume 750 times more diacetyl, on average, than a vaper. But we don’t know other cases of popcorn lung in smokers except for those who worked on flavor factories in Missouri.

Another argument used by vaping opponents is that vapers are under the risk of developing cancer. A study conducted at the University of California at San Diego has concluded – cells (which line human organs) exposed to vapor sustained up to twice the DNA damage seen in unexposed cells. The damage occurred even if vapor didn’t contain nicotine, though it was slightly less.

The study made much noise in the media, but some scientists have criticized it for improper comparison of the damage done by smoke and vapor. John Britton, a director of the UK Centre for Tobacco and Alcohol Studies, says the comparison was done “without equivalent exposures for equivalent periods”.

The researchers exposed cells to vapor every three days for between 1 to 8 weeks. With tobacco smoke, the cells were exposed for only 24 hours before all of them died.

Consequently, the cells that were exposed to vapor lived far longer than those exposed to smoke. This is the first conclusion of the study that should have been reported by the media.

Konstantinos Farsalinos from the University of Patras, Greece, thinks that the results are not realistic and draws our attention to another observation. The dose of vapor the cells received corresponding to the dose from vaping for hours, which is much higher than an average e-cig user typically gets.

Are there any long-term risks of vaping you should know about?

Certainly, before ditching regular cigarettes and buying the best all in one vape you want to know whether there are any cases of death from vaping. Millions of people around the globe have been vaping for the better part of 10 years now, and we haven’t heard about some lethal consequences, not to mention several accidents of battery explosions. But the explosion happens only if the battery is overheated. They are very rare and mostly occurred in planes. That’s why airports have special rules for transporting vaporizers.

We can’t claim that vaping has no long-term side effects at all. There’s still the lack of research on this topic. But it seems quite clear that it’s not as harmful as smoking in the short and medium run of things.