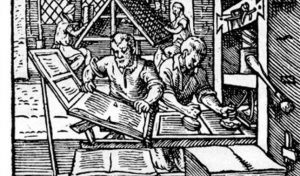 Paper did not make its way to Europe until the Muslim conquest of Spain. During this period, paper production was under Moorish rule in Spain until they were kicked out in 1244 AD. It was at this time that paper made its way to what was referred to as “Christian” Europe