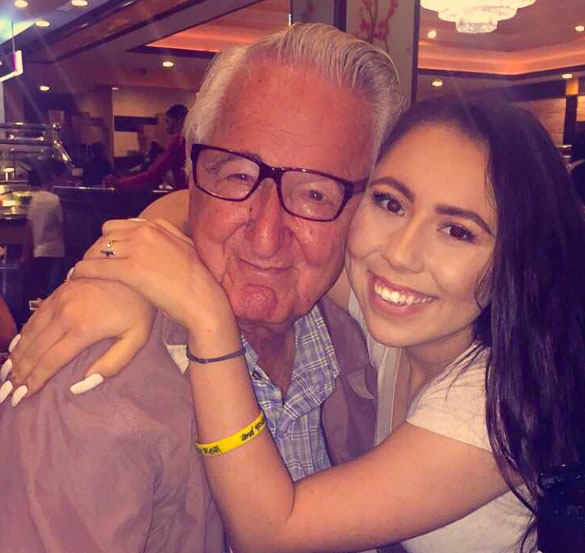 Salazar just started her first year at Palo Alto College, where her grandpa is taking the last class he needs to get his associate’s degree in economics.

Neira briefly attended St. Mary’s University in the 1950s, but put his education on hold when he got married and started a family; Salazar told BuzzFeed News.

Throughout his life he took classes here and there, but “it was never a consistent thing until my grandma died in 2009,” she said. After that, Neira became determined to graduate, and he went back to school this past spring.

As classmates, Salazar and Neira walk each other to class and often meet for lunch, she said. 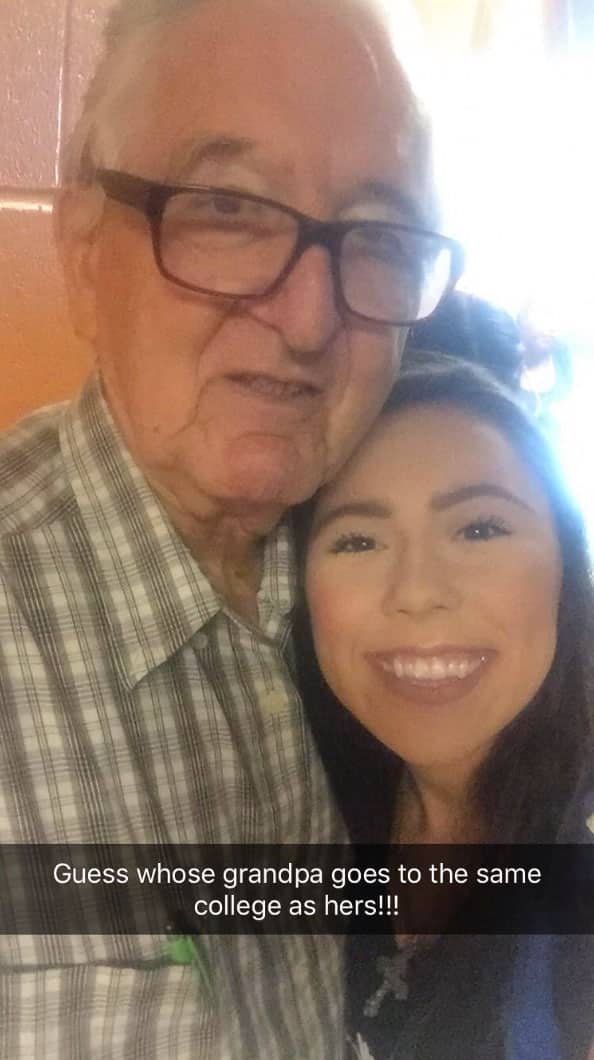 “It’s been pretty impressive,” she said. “I know it’s only going to be for one semester, but I’m going to cherish that while I can.”

The two caught people’s attention after Salazar tweeted about her grandpa’s accomplishment on their first day of class on Wednesday. 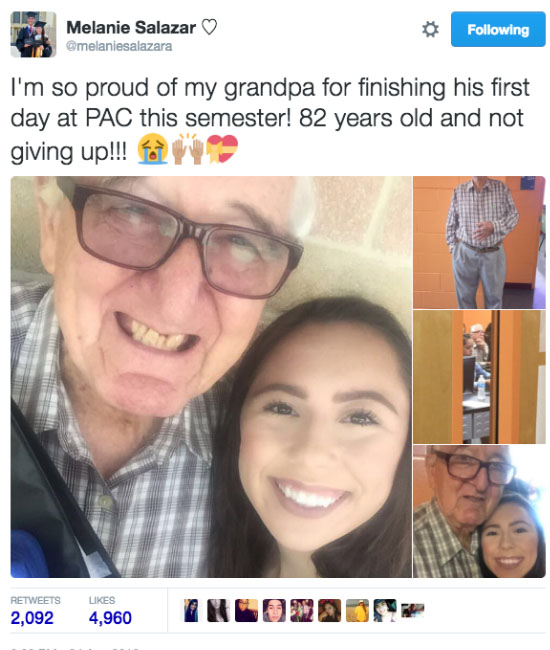 People are calling Neira “inspiring,” and saying his story is proof “it’s never too late to pursue your goals.”

Salazar said her grandpa is her “best friend,” and said attending college alongside him is “inspiring.” 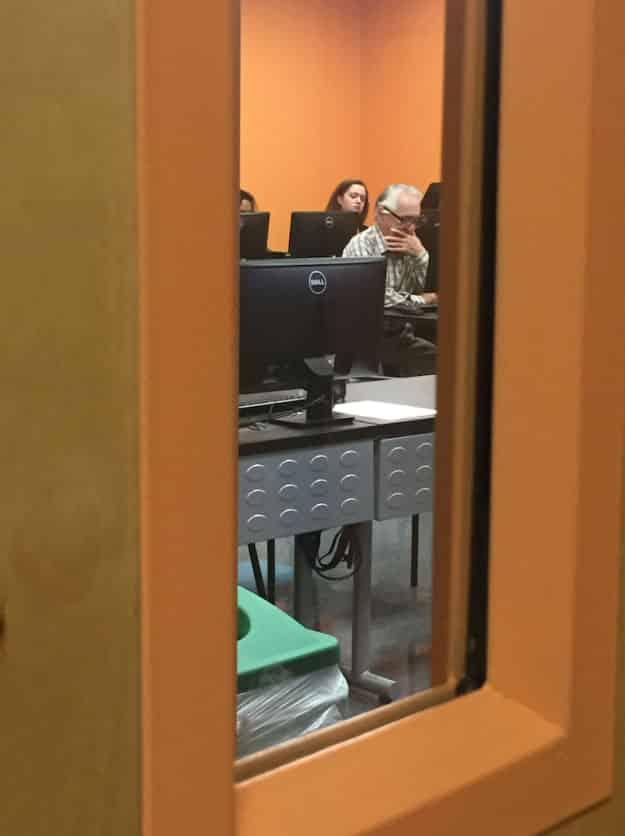 “It only motivates me more to not give up,” she said. “It makes me realise the importance of getting an education like my grandpa…so I can accomplish something great like him.”

Her grandfather, the son of immigrants, has always been involved in politics and their community, taking part in the Mexican-American Civil Rights Movement in the 1960s, she said.

Neira said he “wasn’t what you would call a model student” growing up, but has come to value education for its sake. 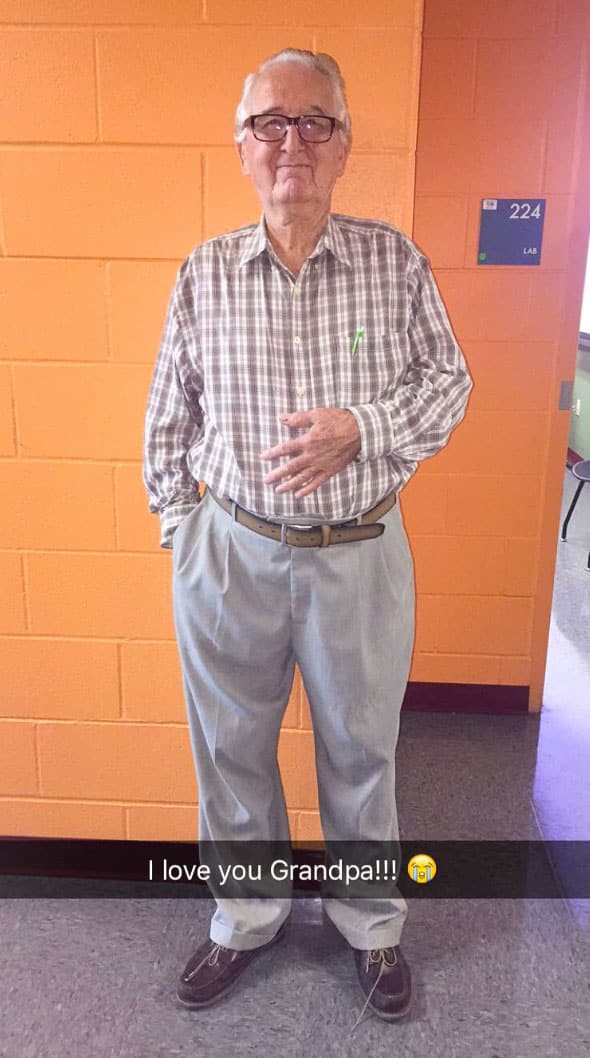 “Sometimes I wonder, what in the world is an 82-year old doing, going to college?” he said. “But somehow, something keeps me going. I think it keeps me mentally alert, too.”

And he’s not done yet. Neira said after he finishes his associate’s degree, he plans to continue to get a bachelor’s degree in economics at the University of Texas at San Antonio.

“I’m not trying to inspire Melanie or anybody,” he said. “I’m glad that’s what it’s doing, but I’m just doing what I’ve always wanted to do.”

Salazar said she is going to be “so proud of him” when her grandpa graduates and is definitely “going to cry.” 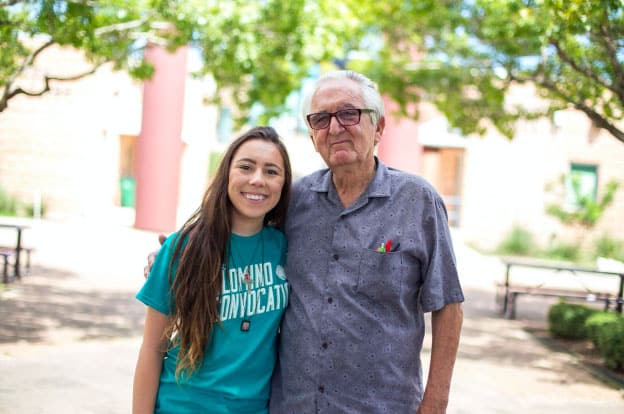 “Just last June, he watched me cross my high school stage and now I’m going to get to see him cross the college stage,” she said.

How to Deadlift at Planet Fitness

Why Does Planet Fitness Have Tootsie Rolls

20 Bizarre and Food Ads That Would Never Run Today