So far we’ve been talking about coming up with abstract visions and ideas for what you want to achieve and setting goals. Now it’s time to prioritize and create your goals.

And this is where things will once again often go wrong for a great number of people. The problem is that we don’t know how to write goals that we can accomplish, and we instead end up with unrealistic or ill-defined goals.

You have your vision and you have your mission statement. But if you leave it at that, then there is a good chance that you will never execute on your plan – as we saw earlier, this is backed up by research that shows us that having a goal can actually give us ‘permission’ almost to rest on our laurels.

The Problem With Goal Setting

But the types of ‘goals’ many people write are not much better.

Let’s say for instance that it is your short-term goal to look and feel amazing. To be in your best shape ever and to be healthy and happy as a result.

That sounds like a legitimate goal that would work well, but in fact, it is far too vague and too long-term.

If your goal is to lose weight in 10lbs, then this gives you no structure to how you’re going to get there. And not only that but a year is a long time, meaning that you can end up putting your training off until you get to that point.

In other words, you might wake up one day and really feel low on energy and motivation. So you say to yourself ‘one day won’t make a difference’, ‘I’ll make up for it tomorrow’ or ‘I’ll make up for it next week’. Whatever the case, you then feel that you don’t have to worry about skipping out on your training today because you’re aiming to lose weight over such a long period.

What happens? You end up trying to cram all your training into a very short amount of time because you’ve put it off so many times. Three months into your training and you’ve made so many excuses that you’ve actually gained a pound.

Now you need to rush.

But then you find that life gets in the way.

Maybe you get ill, maybe you’re very busy, or maybe your routine changes and you no longer have the time to train.

And now you find yourself getting even further behind.

By the end, you realize that you’re never going to achieve your objective in time, you feel greatly disheartened, and you ultimately end up giving up on your goal altogether.

The problem with this goal was that it was:
Too long term goals
Too unstructured
Too out of your hands

So let’s think of a new type of goal.

This time, our goal is to work out for at least 15 minutes, four times a week.

That is now a much more straightforward, simple to understand goal that you can follow through, and that is entirely within your hands.

That means you can’t say ‘I’ll make up for it next week’ because by that point you’ve failed your goal on that week. This is a simple goal that you either accomplish or fail to accomplish. And if you do fail, you can try again next week with no need to be overly disheartened by it.

The best part is that if you concentrate on these smaller goals, then your overall vision will start to take care of itself. You focus on the day-to-day grind, and you let the bigger picture grow on its own.

Creating Three Goals and Going After Them

The key then is to identify which smaller steps like this are going to be most effective in helping you to reach your broader goals and visions. How do you break your objective down into small goals that you can follow through? 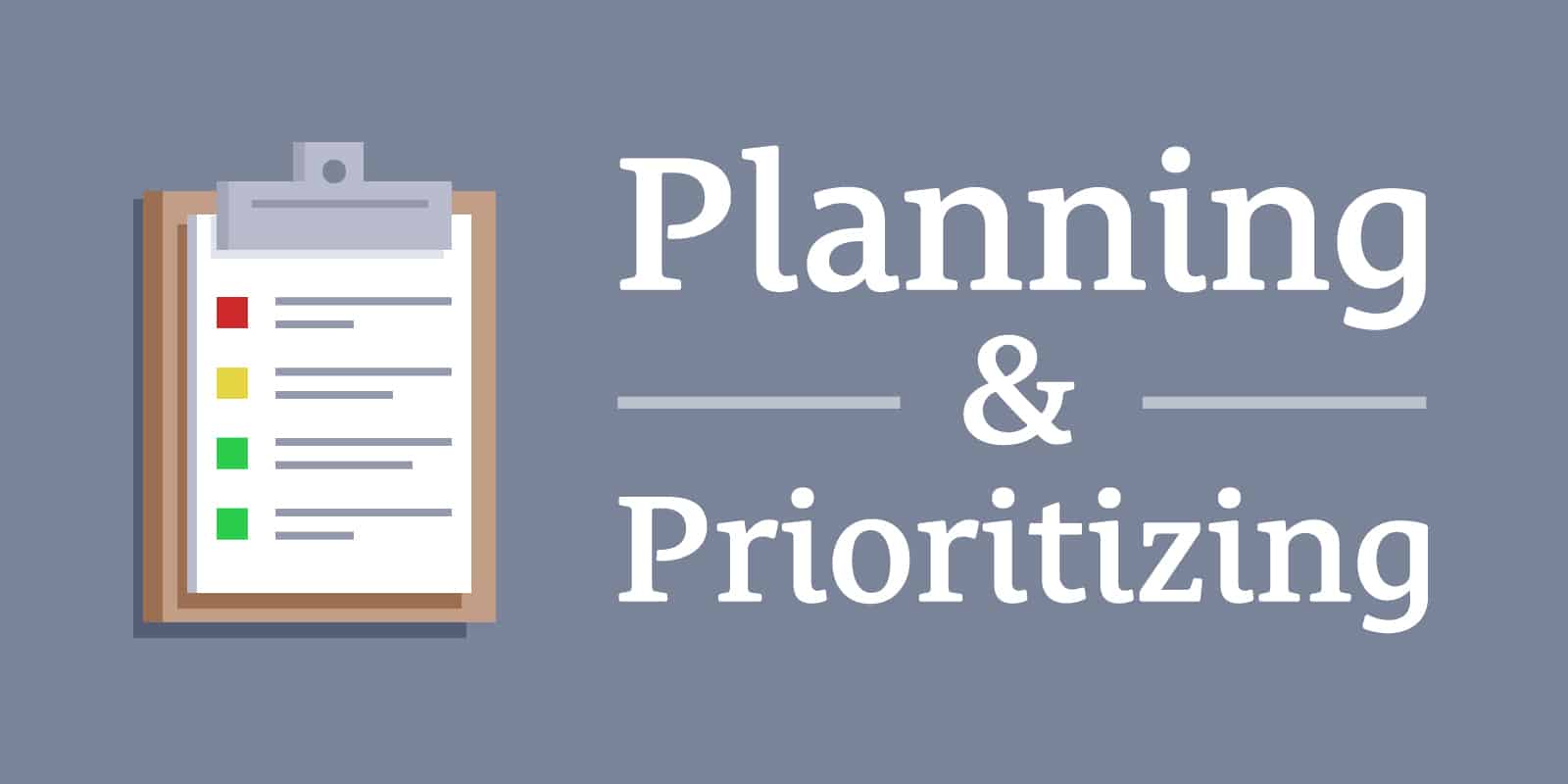 This means coming up with a plan, and that means creating a road map.

You have your passion now, so the next step is to make sure that everything you’re doing in life is going to be supportive of that passion.

You might be working a job you don’t like right now, but that job should be helping you to get closer to the lifestyle you want. This should be part of your plan.

So map it out and look at the individual steps you’ll be taking on the way to get to your final destination.

Some more considerations are to make sure that the goal you’re heading towards is something that you can personally accomplish and to work with the resources you have available to you.

But don’t make the mistake of thinking that you can’t do the things you want to do. The key is to work out how you can get to the point you want to be at, from your current situation.

For example, we’ve already suggested that you can be a successful music artist by creating a YouTube channel where you share your music. That’s not the obvious or most common way of achieving that goal, but it will work just the same.

Try to think about alternative ways to get what you want that play to your strengths. A great example of someone who did this is Sylvester Stallone. Stallone wanted to be an actor in Hollywood movies, but no one would give him the opportunity. His slurred speech and buff physique ensured that he was only ever cast in bit parts as the ‘heavy’ and so he had to find another way to break into show business.

What he did to accomplish this, was to create a script for a film (he was a great screenwriter). That film, of course, was Rocky and film producers and studios were so excited by it that they offered him huge amounts of money to buy the rights.

But Stallone was steadfast, and he said he would only let them have the rights if he could star in the film as Rocky. The studios were reluctant but eventually they relented – and the rest is history!

Likewise, Arnold Schwarzenegger took a highly unlikely path in his career, becoming a famous bodybuilder before using that platform to springboard himself to success as a movie star and eventually a politician.

You have skills; you have contacts and no doubt you’ve already made some progress. So think about what the most strategic way for you to accomplish your goals is and work toward that.

So look at your overarching vision and your mission statement and now ask yourself what small concrete changes you need to make to your life in order to get a bit closer to making that your reality. What do you need to change and how do you need to change it in order to be the person you’ve dreamed of being? It might start with something very small – like rearranging your home office, getting into shape, or finding a new job.

Make this ‘step one.’

Now turn these into simple goals that you can work toward on a daily basis. Remember, these goals need to be short term, pass-fail and entirely within your control.

Want to find a new job? That is not a goal in itself because it is largely outside your control and destined for potential disappointment.

Instead, your goal should be to send three applications per week. This is now something that is fully in your control and that you can much more easily follow through. And once again, you’ll find that the ‘job part’ takes care of itself if you focus on this small step.

Take three of these steps and goals and write them down. Three is a perfect starting point because it will bring about some real change in your lifestyle, but it won’t require too much commitment or too much of a change to your daily routine. 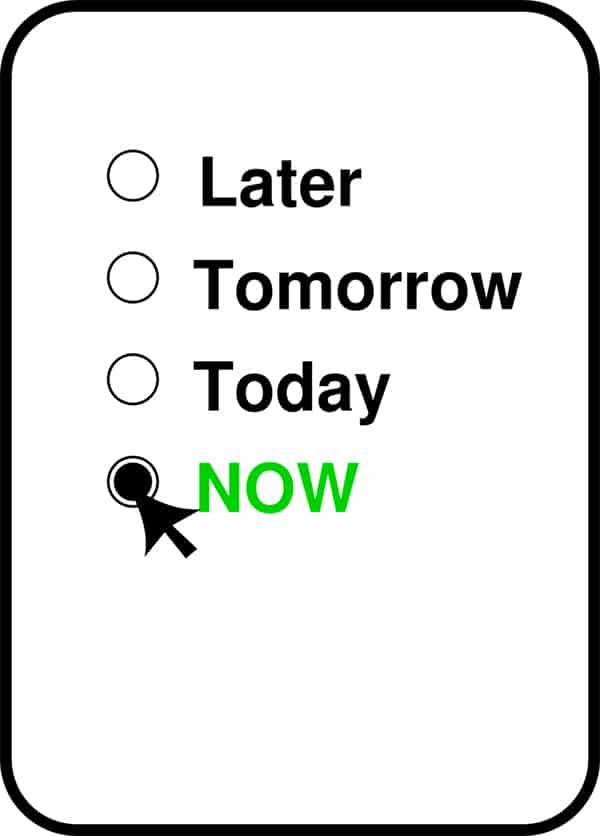 Write these goals down and then make a commitment to yourself that you’re going to make it happen.

Yoga for Office-Workers: How to Relieve Back Pain