Simple DIY Cosplay Ideas for Fandom Members on a Budget

There are various events throughout the year that allow cosplayers to shine and bring out their A-game. It might be a mystery to some people why cosplayers spend tens of thousands of dollars to make a costume they only wear for a weekend. Some do it in the hopes of attracting sponsors and getting a chance to join the leagues of professional cosplayers. There are some so serious in their art that they have one or two assistants at the ready carrying a trolley full of their cosplay essentials for touch-ups and emergencies. But there many of those who do it do so simply because they enjoy representing their love for a certain movie, book, video game, or any piece of pop culture.

However, not everyone has the time, funds, or costume-making skills to make high-end costumes. It’s still possible to show up to the next comic con in your area while showing your love for your fandom, though. These simple DIY cosplay ideas are easy to make and affordable for the following fandoms:

The typical costume for the Harry Potter fandom is the Hogwarts robe and uniform. A robe will set you back at least $90 for mid-range replicas and up to $150 for top-quality handmade robes that are a perfect replica of the robes in the movies. If you’re looking to cosplay something outside of the common cosplays, buying a costume (say, Fleur Delacour’s Beauxbaton uniform) can cost around $800 for a high-end replica.

If you don’t want to spend that much money for a robe, there are other ways to look like you call Hogwarts your home. If you can remember, there are times when Hogwarts students aren’t always wearing their robes and wore uniforms similar to everyday students. If you are a student in a school that uses uniforms or dress up in corporate attire, it’s easy to dress up. 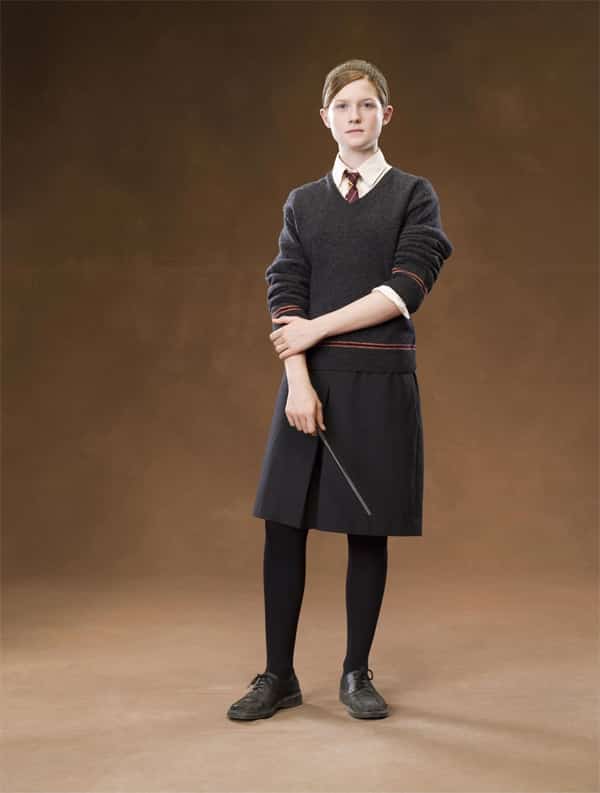 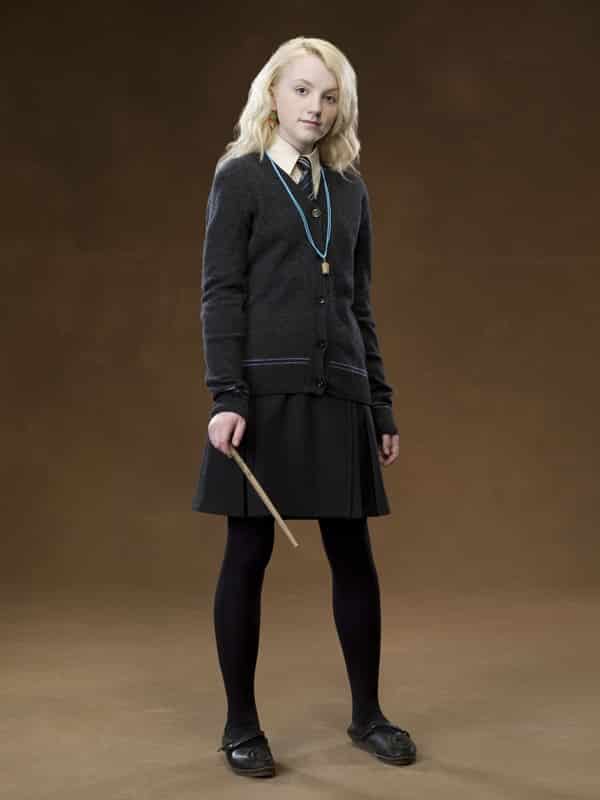 Ginny Weasley and Luna Lovegood wear uniforms similar to that of girls in private schools. Start with a long-sleeved white collared shirt. Choose which house you want to represent and wear the appropriate tie. These Hogwarts ties on Amazon cost less than $6, but it’s alright not to have the pattern and simply wear any tie with the house color you want to represent.

Next, put on black leggings and black socks. You’ll want to cover all your skin to achieve the same look as these two. Wear a pair of black shoes. Layer your leggings with a black skirt. In the photos, their skirts are pleated, but a black pencil skirt or skater skirt will be just fine. Finally, wear a black cardigan or sweater. If you want to go the extra mile, tape or glue thin strips of colored cloth onto your cardigan to match your tie’s colors.

If you’re going as a male student, simply replace the leggings and skirt with a pair of men’s slacks or any dark pants.

Out of all the young adult novels-turned-films, the Divergent series may be the easiest to cosplay. In a society where there are only five factions, there are five ways you can dress up as. Just remember that not everyone might immediately recognize your costume, so it would be fun if you and your other friends dressed in different factions.

A Dauntless, for example, wears all black and dresses like they’re ready to get physical: stick with leather jackets, tight-fitting black shirts and pants, and combat boots. It would help your cosplay if you have black tattoos, but temporary henna or rub-on tattoo would be fine. 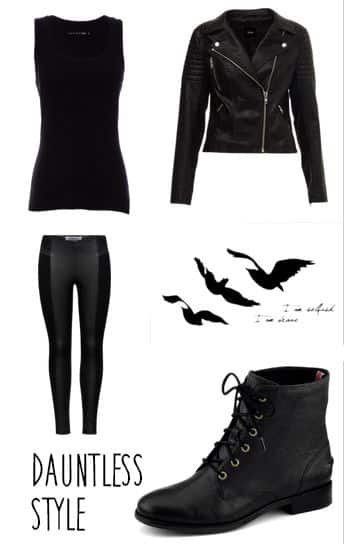 Abnegations go for simplicity and wear gray, shapeless clothes. Their hairstyles are simple buns tied without any trinkets, while boys have smart haircuts. Erudite wear is dominantly blue as it’s supposed to stimulate the brain. They’re also known to wear thick glasses – some of which are fake and just an attempt to look smarter. Amity wears bright colors and rustic-like clothes to sport their peaceful nature. And Candors wear formal black and white attire since they believe the truth is only black or white.

If you can’t cosplay as one of the many members of the Fairy Tail Guild (or any other guild in the series), there’s an easy way to catch the attention of fellow Fairy Tail fans in a sea of comic con fans. All you need is an old plain shirt, a marker, and red and orange textile paint.

The Fairy Tail symbol is unique, so while it’s easy to spot it in a crowd, it can be difficult to draw. To get an accurate tracing on your shirt, print out the fairy tail symbol from your computer (you can copy-paste the picture below). As much as possible, resize the logo on a Word document so that the printed result is the logo size you want on your shirt. 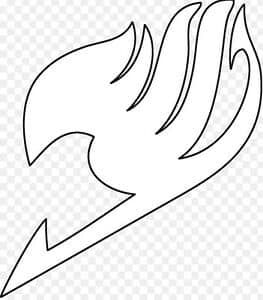 Cut out the logo from the paper and place it on your shirt. Use a marker to trace the logo on your shirt. Finally, paint the logo. Traditionally, it’s an orange and red ombre, with the top orange and then turning into red all the way down. If color blending is difficult, it’s OK to stick with just one color. Let it dry, and your result is a shirt sporting the very logo of the Fairy Tail Guild.

These are just three examples from countless books, films, and anime fandoms. If you love your fandom, you might be able to think of a way to represent them in comic-cons without having to spend hundreds of dollars and many hours designing a good costume. Just remember: comic con isn’t a competition; it’s a place for fandoms to come together and celebrate the shows, books, and other things they all love. These ideas are simple, but at least they show your fandom pride!

A DIY Guide to Different Kinds of Sealers

Get in on the Custom Diamond Painting Trend

How to Create Jewelry: DIY Tips for Beginners

What’s the Difference Between Laser Marking and Engraving?