Home » Still Confused Between Indica And Sativa? Here Is A Detailed Guide To Help You Out
Herbs

Still Confused Between Indica And Sativa? Here Is A Detailed Guide To Help You Out

Whether you’re new to purchasing cannabis or looking to explore different strains you consume, you are probably aware of the fact that most strains are divided into one of two blanket groups: Indica and Sativa, because of their presumed effects.

If you walk into any dispensary around the US or ask for delivery services in any city, for example, weed delivery san jose, you’ll almost immediately be given a list that divides your options into one of two categories: Indica or Sativa and the different set of benefits offered by each.

But, understanding the fundamental difference between these two is essential to be able to find the right strain for you.

What’s the Difference Between Indica and Sativa?

The general perception is that Indica strains are more sedating (gives body high), making them a preferred choice for relaxing. In contrast, Sativa strain is more uplifting (gives cerebral head high), making it a better choice for physical activities, social events, and creative undertakings. Most of the experienced cannabis users often refer to the effects of Indica as being stoned as against the being high effects of Sativa.

However, in terms of accurate classification, cannabis Sativa and cannabis indices are two of the subspecies of the genus Cannabis. Read on further for an in-depth look at Indica vs. Sativa varieties of cannabis and the differences between them.

Typically, cannabis Indica plants are short and bushy with broad leaves. It originated in the Middle East in places such as Afghanistan, Pakistan, and Tibet.

They grow faster and have a higher yield as compared to Sativa variety. Medicines produced from cannabis Indica plants generally have higher CBD (or Cannabidiol), and lower THC (delta-9-tetrahydrocannabinol) counts, though the CBD to THC ratio is very close to 1:1.

Among the important qualities of Indica strains include:

Consumers often choose an indica strain during night time, especially when they want to unwind and prepare for bed. 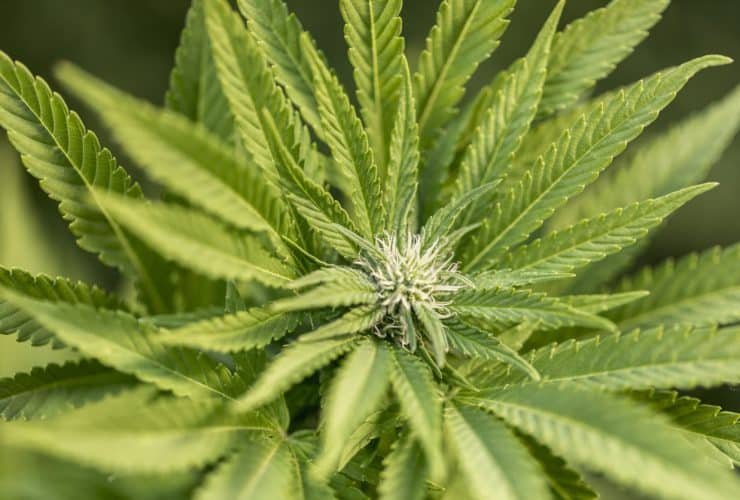 As opposed to Indica strains, cannabis Sativa plants are tall and thin with narrow leaves. They are primarily found in hot and dry climate areas such as Africa, Southeast Asia, Central America, and western portions of Asia.

Among the essential qualities of Sativa strains include:

Consumers often choose sativas when they have a lot to do and want to remain alert or active.

Indica vs. Sativa effects: What does the research say?

The differences between Indica and Sativa strains are primarily because cannabis displays a remarkable ability to adapt to a wide range of different environments.

Despite general belief, the effects cannabis gives the users are likely and more accurately attributable to cannabinoids and terpenes, the main compound found in cannabis, as compared to the strains.

While some cannabinoids may be found in indica or Sativa strains, none are found exclusively in one. One of the reasons for this is the crossbreeding of indica and Sativa. These are generally known as hybrids, but even many strains that are indica and Sativa have a hybrid nature to them. 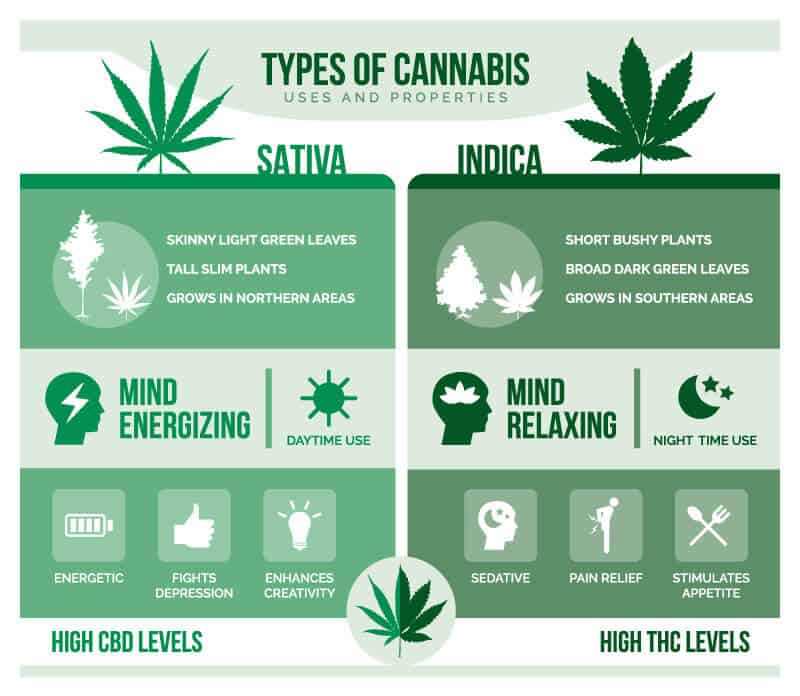 Role of Terpenes in Indica vs Sativa Debate

Terpenes are mostly the compound that determines the ambiance of a particular strain. In cannabis, users enjoy terpenes because they give each strain its distinct set of tastes and aromas. Unlike cannabinoids, terpenes are produced in the trichomes and then excreted in the cannabis plant’s resin.

Terpenes have traditionally been used therapeutically to treat ailments such as a common cold or a restless mind. But terpenes play a much more significant role in determining the outcome of a high than many users realize.

Cannabis contains a balanced spectrum of cannabinoids and terpenes, that work in synergy to create physiological and psychoactive effects for user benefit. Different strains, including Indica and Sativa, possess different levels and combinations of these constituents, and each one can be used therapeutically.

When consumed with cannabinoids like THC and CBD, the effects of terpenes are amplified because they work on the same receptors in the body.

Understanding terpenes in detail and their associated therapeutic properties enable consumers to gain insight into specific cannabis compounds that create the desired effects. If you identify a strain that meets your needs, look closely at its terpene profile, and find strains with similar characteristics.

How to Choose Between The Two?

Traditionally, it is best to answer the following questions to find the correct strain of marijuana-

There is a vast choice available when it comes to choosing the right cannabis strain. Cannabis indica and Cannabis sativa, two of the main strains differ distinctly in their biological properties. Anecdotal evidence suggests that indica is more relaxing, whereas Sativa is more energizing.

However, the two strains’ scientific reality is far more complicated as there are many different chemical compounds involved in creating the medical and recreational effects of both these strains of cannabis.

To get the desired effects of the cannabis, it’s essential to consider both the strain type (indica versus Sativa) as well as their terpene content. It is recommended to search for specific strains based on their flavor profile or strain type, followed by refining your search until you find the perfect strain for your individual needs.

Are There Any Adverse Side Effects of CBD Vape Pens by PureKana?

Do You Need A CBD Hemp Flower?

Understanding When to Use Different CBD Capsules