The Latest Advancements in Military Technology

It’s safe to say that we have come a long way as a society in a relatively short amount of time since the days of bows and arrows. Technology is gripping the field and enabling us to design and develop things that once would have been beyond our wildest dreams. Now we have armies that are so technologically advanced that anyone would be silly to think about going up against them. The rate of development is not stopping and what is available to our forces now is almost incomprehensible.

Here we are going to take a look at a few of the latest advancements in Military Technology.

Yes, you heard me correctly. Laser cannons are now a real thing, even though it is still in its testing stages. The tests that have been done so far have been successful, including the one aboard the USS Ponce in the Persian Gulf. From this, we expect to see even larger weapons placed aboard ships to help protect them from threats. Not just at sea, the Army is developing a truck-mounted laser for combat on dry land. The thought is it’s going to be able to zap enemy drones and even mortal shells from the sky. The great thing about lasers is just how cheap they are when firing multiple rounds, much different from a rocket launcher or even some of the military vehicles.

It has been said that the army spent a lot of money on this technology in 2018 with the hope that it will help them in future battles. Augmented reality is seeing an artificially made picture that has been digitally placed in the real world. We obviously can’t see pictures that aren’t there without a display so the army is looking at using it for heads up displays for all infantry within their helmets, this will give them the opportunity to send valuable data directly to a soldier about directions, targets, and mission objectives. Other advances would be an addition to military vehicle windshields, or within tanks, making them much easier to drive and filled with detailed information about the mission at hand.

Computers have been around for a while now and despite the fact we think we’ve seen it all, we really haven’t. The army has computers so much more advanced than the ones we have in our homes it doesn’t even compare. The experts from CP Technologies state that the thing with any kind of computer that’s going to be on the front line is it has got to be hardy enough to withstand anything. You never know what’s around the corner and you need to be able to protect your valuable assets, more specifically, your data. The computers used by the forces now are not only physically tough for front line battles but also near impossible to penetrate, even for the most skilled of hackers.

Have ever watched a Sci-fi movie and seen a spaceship being shot at through space using (now not so much) futuristic space lasers, only to find they have an invisible shield that surrounds the entire thing? Pretty cool, huh. Well, these are now being developed by the company Boeing. They have filed a patent for a system that will protect all kinds of vehicles from any kind of blast damage by creating a plasma field around it. The science relies on creating an ionized airfield that would deflect any incoming blasts. They aren’t quite there with being able to deflect full-on missiles but either way, it’s kind of unbelievable!

No one is safe. With this bit of incredible technology, a. a 50 caliber bullet is packed with tiny sensors that will be able to change the direction of the bullet in mid-air, and pretty quickly. This is going to give even the worst shooters a chance to hit moving targets as easily as learning your ABC’s. Can you imagine hiding in a base knowing that the opposition had self-steering bullets? These aren’t the only self-steering bullets in development, there is another company that instead of using lots of tiny sensors within the bullet, uses a laser guidance system that relies on the bullet’s small fins to steer it through and onto the target.

Other worthy mentions of modern tech development are things like the tank, many countries are looking at making their tank fleets completely electric which would be very impressive. Unmanned submarines are going to be taking to the seas that will be near enough undetectable. Finally, the way in which camouflage is changing is down to the humble squid, scientists are looking at how they can change color and disappear so quickly so you never know, we might have invisible tanks soon as well as electric ones. 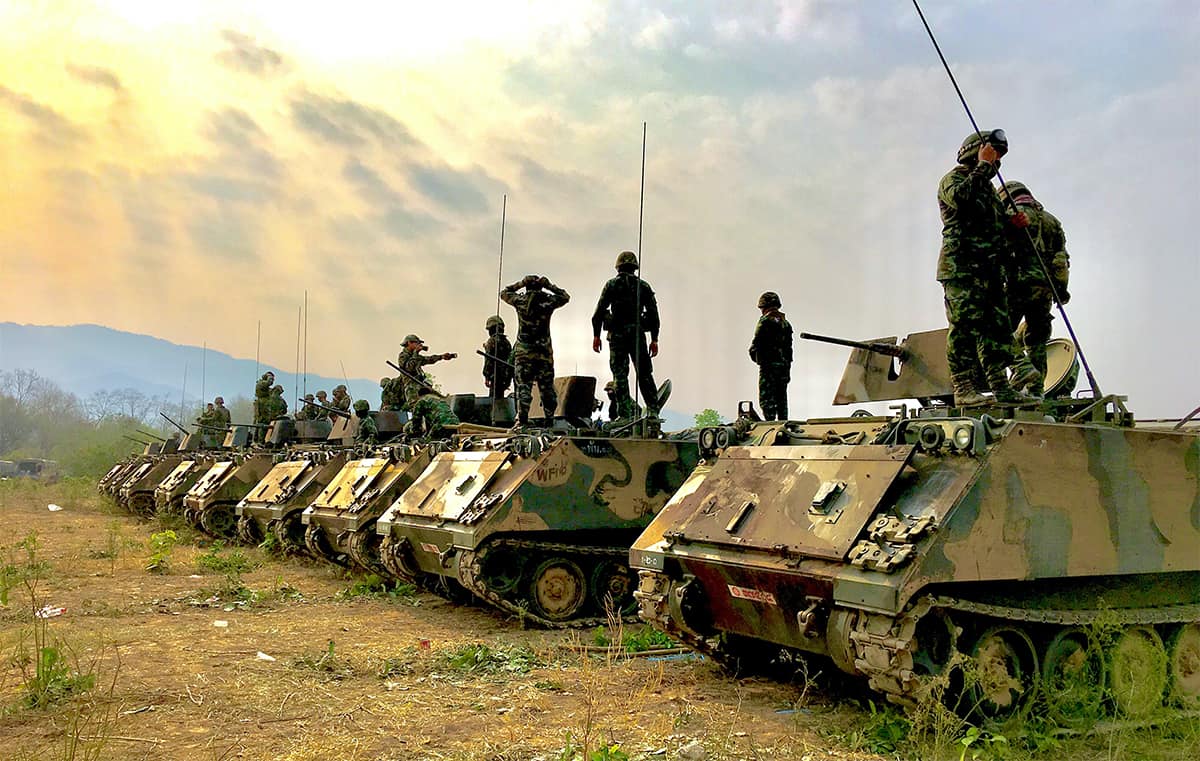 Technology within the forces is getting scary. There will come a time where it will be insanely difficult to run away from any kind of force, especially when the police start getting hold of this kind of equipment. There’s always something being developed so keep an eye out for anything you might notice, more often than not, it’s pretty cool.

How to use Apex hacks without getting noticed?

Free Way to Migrate Windows 10 to SSD without Reinstalling

What Effect is Wifi Having on the Performance and Development of Construction Sites?

Web Design: Everything A Website Needs To Be To Succeed