The Most Precious Jade Jewelry in the History of Auction

The most precious jade engravable couples jewelry in the history of the auction: Hutton-Mdivani jade bead necklace.

Today we will bring you to another jade jewelry with a high reputation and break the auction record – the Hutton-Mdivani jade pearl necklace from the legendary ladies and famous collector Barbara Hutton. In Sotheby’s auction of “Glorious Jewelry and Jade Jewelry” held in Hong Kong in 2014, this jade jewelry has a price of more than 200 million Hong Kong dollars: HUTTON-MDIVANI natural jade beads with ruby and diamond necklace Cartier, year about from 1933, consists of 27 natural jade beads composed of platinum and 18K gold inlaid with a length of about 530 mm. Jade beads are about 19.20 to 15.40 mm. Transaction price: 214,040,000 HKD. 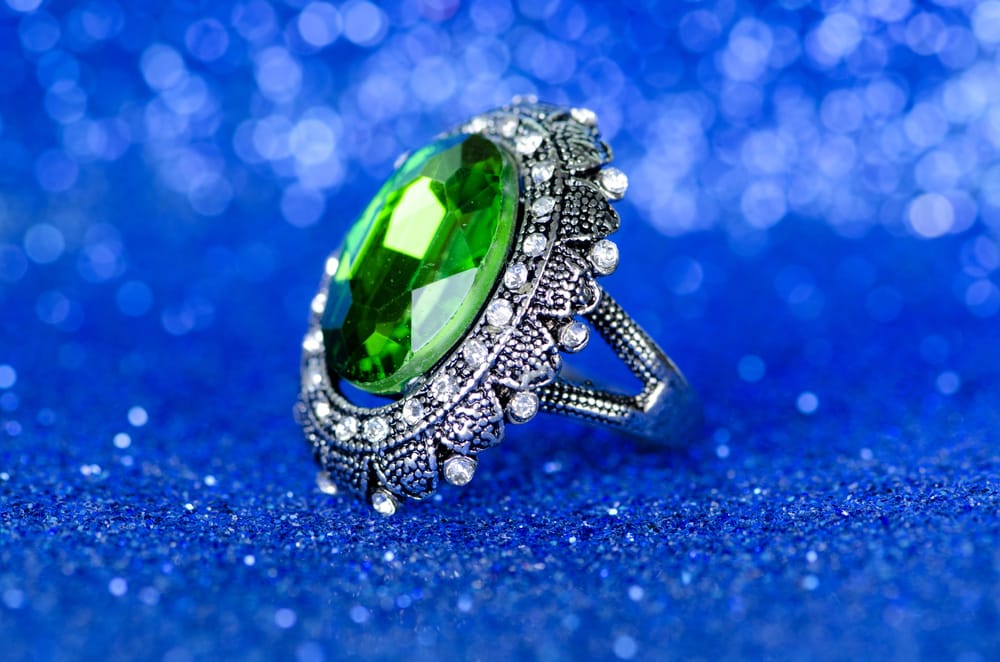 Who is Barbara Hutton? In the western part of the twentieth century, Barbara W. Hutton was a legendary figure. Born in 1912, she inherited the mother’s huge family at the age of 21 and became one of the wealthiest women in the world. Barbara Hutton’s life is extravagant and magnificent, and her jewelry taste is also very noble, especially loved Haute Couture jewelry. Barbara Hutton wears this jade bead necklace, a custom emerald bead necklace from Cartier, a wedding gift that Barbara Hutton’s father gave her in 1932. Maybe everyone will be curious. In the West in the early twentieth century, there are little people who know how to appreciate jade. Why is this jade bead necklace sent as a gift? The answer is that Barbara Hutton has long been interested in Jade. How powerful is this Hutton-Mdivani jade bead necklace? I believe that people who have a certain understanding of jade know that high-quality old pit jade is very rare, and the original stone is often small in size. The diameter of jade beads that can be built is generally limited to 5 to 10 mm, and the color texture is excellent.

The Hutton-Mdivani Jade Pearl Necklace is made up of 27 natural jade beads with natural luster and soft green. The smallest jade bead has a diameter of 15.40 mm and the largest one is 19.20 mm! Together with rubies and diamonds, it sold for more than 200 million yuan. It not only dominated the auction but also refreshed the world auction record of any jade jewelry and any Cartier jewelry. Guo Jinyao, vice chairman of Sotheby’s Asia and chairman of the Asia Department of the Jewelry Department, said after the auction that the bidding situation at the auction site was particularly fierce. Eight bidders who were on the spot and bidding by phone were only after 20 minutes of competition. In the end, Cartier made this necklace, and the transaction price fully reflected the fascinating history behind the necklace, which is a legend in the history of the auction. Although the Hutton-Mdivani couple jewelry necklace has a distinguished history, if you really want to ask the source of the jade beads used in this necklace, it is impossible to test. I only knew that the 27 jadeite jade beads first appeared in Europe in the early 1930s, and Cartier’s design customization often took years, so their sources can be traced back to the late Qing Dynasty.

Before the auction of “Magnificent Jewelry and Jade Jewelry” in 2014, this jade pearl necklace has appeared twice. Princess Mdivani wore this necklace to show that this jade bead necklace is named after Barbara Hutton, but she actually collected this necklace for only about twenty years. Since the marriage hit the rocks, she often kept her heart, and then she gave this necklace to her childhood friend Louise van Allen. Louise van Allen, like her, was once a daughter-in-law of the Mdivani royal family, so the Hutton-Mdivani jade bead necklace was preserved by this family until 1988 when it was first exposed on the auction floor. This necklace was sold for 2 million US dollars. In that year, it was the highest price in the world of jade jewelry. In 1994, the Hutton-Mdivani Jade Pearl Necklace once again appeared in the Hong Kong auction house, and the transaction price soared again, with a turnover of HK$32.76 million, more than doubled. From the first appearance to the present, this necklace is still the most precious jade customize couples jewelry in the history of the auction, not only because of the high value, but also full of the inheritance of emotion, culture, and history!

The 5 Foolproof Keys to Gorgeous Hair

How To Care For Relaxed Hair And What Alternatives Are There

How To Make Lace Front Wigs Yourself At Home