When it comes to bucket lists, you hear people say all the time to not have a “stereotypical” bucket list with locations on it like Los Angeles, Miami, and of course, New York, because EVERYBODY has them on their bucket list. Well, there’s obviously something about these locations that make people want to go there, right? It’s not like you’ve been there before and are wanting to go again… bucket list locations are places that you’ve never been to but want to visit before you die. If you want to go to New York, go!

Speaking of New York, don’t listen to the naysayers trying to sway you away from New York. There are actually several reasons why you should go to New York. Yes, you could go by yourself but you can’t just go to New York… you have to experience New York. If you had to experience New York at a particular time of year, go in the summer or winter… New York is actually one of the best places to visit in the winter.

If you’re serious about taking a trip to New York to mark it off of your bucket list, gather a large group of friends and make it happen! Now, just remember that when setting up your New York bucket list adventures, that you have proper transportation set up. You’ll definitely want to look into renting a bus that will comfortably accommodate all passengers.

So now that you have everyone on board to see what New York has to offer, head on over to the great city to see what all the fuss is about! 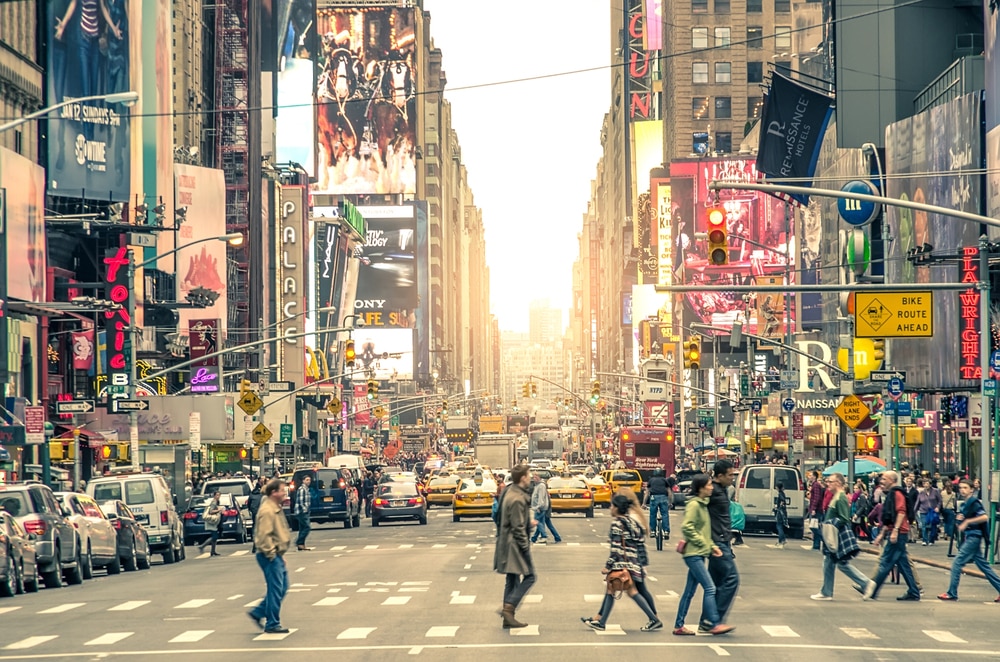 The Historical Landmarks are Unmatched

New York definitely has historical landmarks that have withstood the tests of time and left its mark on American history. The historical landmarks are also another reason why people flock to his great city. In fact, in 2017, New York hit a record high of 62.8 million visitors, according to nycfuture.org.

It’s locations like the Statue of Liberty, Carnegie Hall, and Coney Island that have lived in the hearts of many throughout the years. It’s actually been said that the majority of Americans may possibly have ancestors that passed through Ellis Island. If that sparks your curiosity at all, then you can actually visit Ellis Island and visit the Museum of Immigration. If you know that your ancestors did pass through Ellis Island, you can actually honor your family by adding their name to the Wall of Honor.

When visiting New York, you’re sure to see a little bit of everyone there from various ethnic backgrounds. Well, just as you can get all the global culture there, you can expect the same outcome with the food there too. The food is actually one of the best ways to enjoy New York, outside of its attractions and historical landmarks.

People who’ve never been to New York tend to think that when you go to New York, you just go for the authentic pizza spots and Italian foods, but they couldn’t be more wrong. In New York, you can eat almost any ethnic food and be assured that the food you’re eating was prepared and cooked by some who was born and raised in that cultural background. Whether you want pizza for lunch or sushi at 3 am, the authenticity is open 24 hours.

The Role of New York Has Played in Hollywood

There are iconic locations in New York that you will immediately recognize whether it be from television, movies, or music. In the world of music, a lot of celebrities who grew up in New York frequently speak on life in New York growing up. Music artists like Jay-Z and Alicia Keys both grew up in New York and have various lyrics in their songs talking about the “concrete jungle.”

In television and movies,  beloved shows like Friends, Seinfeld, and Sex and the City have made us love the immaculate city even though we’ve never been there (until now). When you and your group of friends get to New York, you all can go take pictures outside the building where Friends was filmed or go visit the iconic New York Public Library where Big left Carrie in the Sex and the City movie.

These locations may not seem like much to some but for some, just to be in the same spots as some of their favorite celebrities is a moment they’ll never forget.