The Galaxy Fold is one of the best releases by Samsung. I unboxed the device this morning and have to admit that it impressed me more than I thought it would. The Galaxy S6 Edge and the Galaxy Note were some great Samsung devices, but I prefer the Fold more than the two phones. There are a few notable features of this phone. First, in this new version, the outside of the device does not have a protective layer which you may be tempted to peel off. The previous version had a layer that could accidentally be peeled off, and that ended up affecting the display.

Another change from the first version is the fact that the edges of the device have been sealed with plastic caps. This means there is a lower chance that dust will enter the device at the point where it folds. 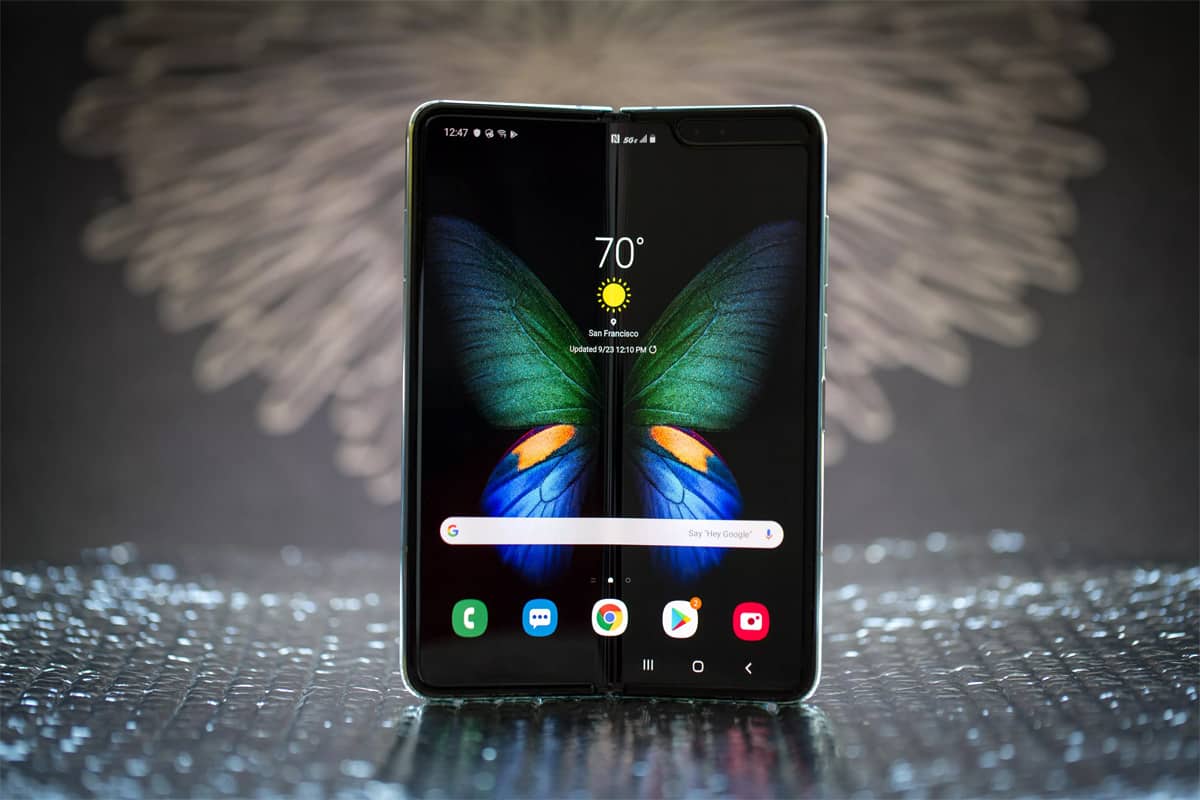 In the first version, there was a gap between the hinge where the device folds. Another gap was also included between the two arms of the device. This gap has been removed from the new device. Samsung has retained the metal plate underneath the display, but I was not able to see it. Still, the manufacturer assures us that it is there.

But these are just small changes. The new Galaxy Fold is still, in many ways, the same as the first one. The phone opens and closes smoothly. The crease in the display has also been retained. You will still have to deal with strong reflections and dents. Many other smartphones like the Galaxy S6 Edge and the Galaxy Note have smooth displays and don’t have creases like the Galaxy Fold. The creases in the Galaxy Fold will especially be noticeable when you watch dark videos in environments with overhead lights.

Although the display has creases, it is consistent on both sides of the screen. There are no changes in color or brightness at the point where the device folds. You will also appreciate the large display, especially if you love watching movies on your phone.

The phone has a cut-out notch in the top left corner which could easily irritate people. I didn’t think much of the notch since I have already used many devices with similar features. Also, the display is quite large, and that makes the notch a lot less noticeable.

On the outside of the device is another 4.6-inch screen. It can only be used when the phone is snapped shut. You may need to use this screen when walking in public, especially if you live in a big city. This display may seem very small, but it is adequate for many purposes. For example, you can comfortably pick calls without having to use your earphones, and you can easily switch songs on your music apps. But if you are already used to large screen sizes, you will have a hard time typing messages or emails. For such purposes, you may have to use the larger display.

I have only used the phone for a day, so I am not in a position to comment on the processor performance, the battery life, or the quality of the camera. I will make updates on these features after using the device for some time.

The device costs about £1900, but you can get it for a lower price at Sell My Mobile. On this site, you will find many refurbished devices. Also, at Sell My Mobile, you will be able to sell your old phone and collect some money to put into your new Samsung Galaxy Fold.

Everything You Need to Know About Chromecast for Mac

Every Microsoft Excel Trick You Need to Know