Home » US Election 2020: The Many Facets to Pete Buttigieg
People

US Election 2020: The Many Facets to Pete Buttigieg

“It’s time for a new generation of American leadership” claims Democratic Party Leader nominee, Pete Buttigieg. The Mayor of South Bend, Indiana – a position he’s held since 2012 – officially launched his campaign on April 14th 2019. A former US Naval Reserve Officer, he’s one of two combat veterans running for the Democratic Party leadership. Buttigieg is also the first openly gay Democratic candidate and the treatment of the LGBT community is one of his main major policy positions. Alongside this, Buttigieg is a devoted Christian and in his spare time, plays the piano and guitar, as well as being a self-taught speaker of Norwegian. There are many facets to his character, which make him a well-rounded person – and he has the ability to show each of these sides to his personality as a positive before anyone else can turn it into a negative. 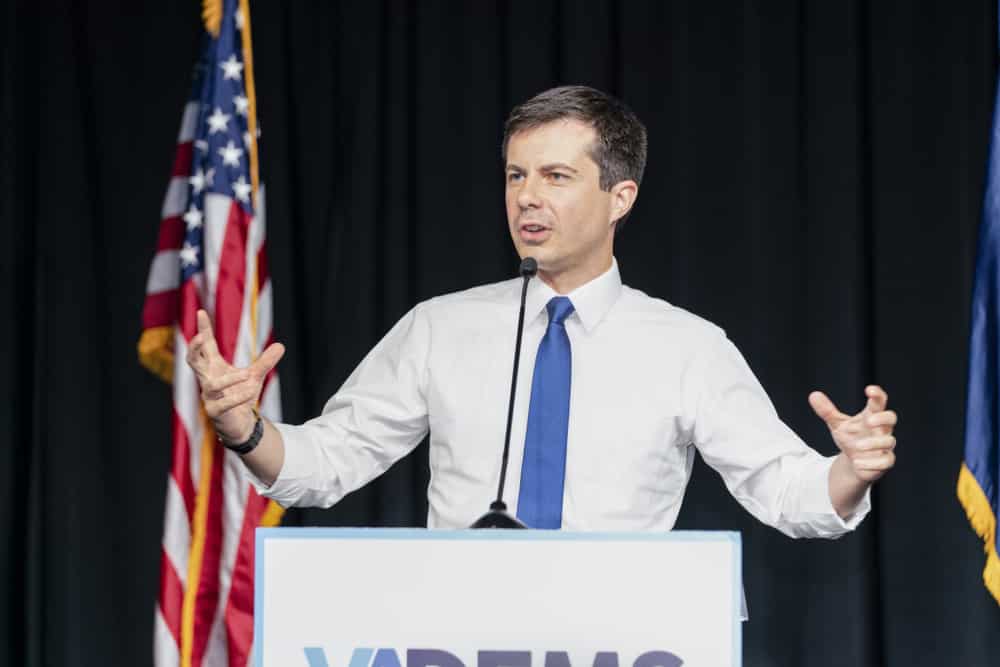 That isn’t to say that he hasn’t come under scrutiny from his fellow candidates, because he has – not least the clashes he’s had with Beto O’Rourke over gun control – but he’s remained professional, cool and calm regardless. Looking at the next US president odds, Buttigieg is considered an underdog, but he started off as a completely unknown candidate and has risen up the polls. The odds are continuously changing, too – with Barrack Obama’s former Vice, Joe Biden, slipping down the rankings, according to the bookies. But let’s take a look at ‘Mayor Pete’ as he’s affectionately known, in more detail.

He was originally influenced to join the military in 2007, but it wasn’t until 2009 that Buttigieg was ensigned in the US Navy Reserve and later deployed to Afghanistan for nine months. It was during this time that he decided to take up another language – Dari, a form of the Persian language – in order to converse with Afghans during his time in the country. He was honorably discharged in 2017, with both the Joint Service Commendation Medal and Joint Meritorious Unit Award to his name. Buttigieg has made no secret that if he were to be elected, he would have “more military experience than anybody who’s arrived behind that desk since George H.W. Bush.”

Looking at his views on many of the policies, he’s not alone, with many of his fellow candidates in agreement. In addition to this, being a Millennial means he’s popular with the next generation of voters and long before his campaign began, was touted to being a future leader. Some of his main policies are to abolish capital punishment and the death penalty; raise the federal minimum wage to $15 an hour; introduce universal background checks on firearms; and as a member of the LGBT community, he seeks to amend the civil rights legislation with the Federal Equality Act, while also opposing the ban on transgender military participation enacted under President Donald Trump earlier this year.

Born to a Maltese father, who emigrated to the United States, Buttigieg can speak Maltese, in addition to his native, English. He also has some knowledge of Italian, Spanish, French, Arabic and as mentioned above, Dari. But surely the most incredible story stems from his desire to learn Norwegian – by reading a Norwegian novel in translation so that he could finish the author’s untranslated works. Consequently, this video circulated on social media, in which he says (in Norwegian): “I’ve forgotten so much Norwegian,” followed by a few words about a book and a Norwegian pastor and then an apology (in English): “Sorry, I just ran out of Norwegian.”