Air filters are generally used to remove suspended particles from the atmospheric air.  What needs to be noted is that there is a range of filters that are classified as those intended to be used to clear the air. Rather than take a more general approach to make the air, the more suited option would be to use a method that is suited to the situation at hand. It would be worthwhile to understand the composition of cigarette smoke as it does differ a great deal when compared to the more common types of atmospheric pollutants. 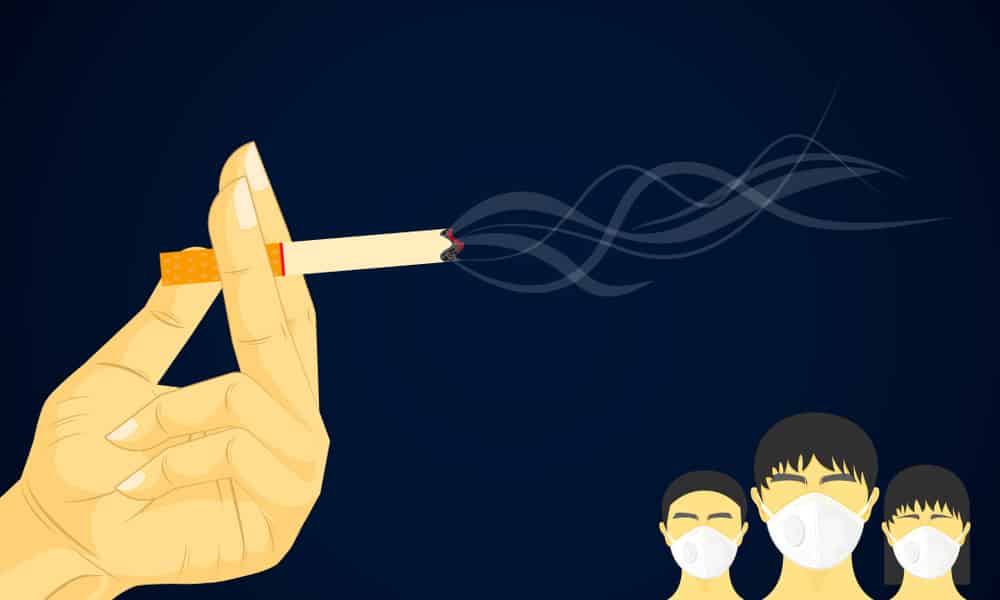 It is the second part of the cigarette smoke, the gaseous component, that is hard to remove and needs specific control measures most of the time. From the health concerns, it is the gaseous pollutants that are more harmful to health as it cannot be filtered out in the air passages and tubes that common breath is taken in.

What makes the gaseous component particularly harmful is that it is hard to make it out in its occurrence. Other than a foul smell most of the time, there really is no way the ordinary person can understand as to how harmful the range of gases is really.

As had been hinted earlier, there is no such thing as the ideal air filter or the optimum air filter. Most air filters are designed to handle some common issues of air quality and pollution. So the logical step would be to pick out an air filter that is capable of clearing up the air to the most extent and based on the composition of the pollutant body.

A somewhat recent entry to the air filters is the use of the HEPA air purifier. This mostly works by setting up a barrier to the flow of air so that the pollutants could be trapped in the HEPA filter element. There is a still more efficient way to remove the pollutants, and that is to scrub the air during the cleaning cycles.

What is working to the advantage of the HEPA air purifier is the relatively affordable nature of the system.  The cost of keeping a system functional needs to be paid heed to when picking and deciding on the air purification system.

The gradations in the HEPA air purifier

It somewhat wrong to consider that the HEPA modeled air purifier has just a single configuration. The filter element in the purifier can be graded for use and differs in the filtering ability depending on the density of the HEPA element. This would ensure that the customer is provided a cleaning power that is best suited to the situation and budget. The filter elements are not exactly cheap, and thus any step towards the most cost-effective filtering solution should be welcomed at best.

The core of the HEPA filtering element is a series of hexagonal shaped cells that help trap the dust and impurities within them. Unlike the earlier use of paper elements, the HEPA element can be reused a number of times before finally discarding them. The second advantage of the HEPA air purifier is that it is possible to grade the power of the filtering element used as compared to the somewhat rigid nature of the conventional paper or cloth filtering elements.

As pointed out, the cigarette smoke is made of two major components – the suspended particles and the gaseous component. The suspended pollutants can be successfully handled by the HEPA air purifier element and without leaving any trace of the irritants. Now as for the gaseous part of the cigarette smoke, it has to be seen in the context that the HEPA based system has the best chances of removing them. The actual success of the purifier would depend on the exact composition of the smoke and a large extent on the humidity present in the air at the instance.

The HEPA elements are particularly good at arresting the gaseous component of the pollutants if there is a relatively high amount of moisture in the air. Thus the method would be useful in the winter months when there is a higher amount of atmospheric humidity. But a lot of customers insist on using air purifiers with HEPA elements so as to get the best chances of removing the pollutants.

What is a Meaningful Life?

Useful Qualifications to Get Online During the Pandemic