Ecuador doesn’t get what it deserves as a vacation destination in terms of visitors. When people consider going on a break to South America, they usually head for Brazil. When it isn’t Brazil, it’s generally Argentina. Even Chile and Peru tend to get more visitors than Ecuador, and it’s a crying shame. Ecuador is truly one of the most beautiful countries in the whole world.

The upside of the scarcity of Ecuadorian tourism is that everyone else’s loss can be your gain. Because the country isn’t packed full of tourists, there’s more room for you to take the sights in your self, and bask in the secret wonders that this paradise of the Americas is packed with. Whether it’s dramatic scenery, exotic wildlife, perfect weather, or incredible cuisine, this is a country that has it all, and it would love for you to visit. 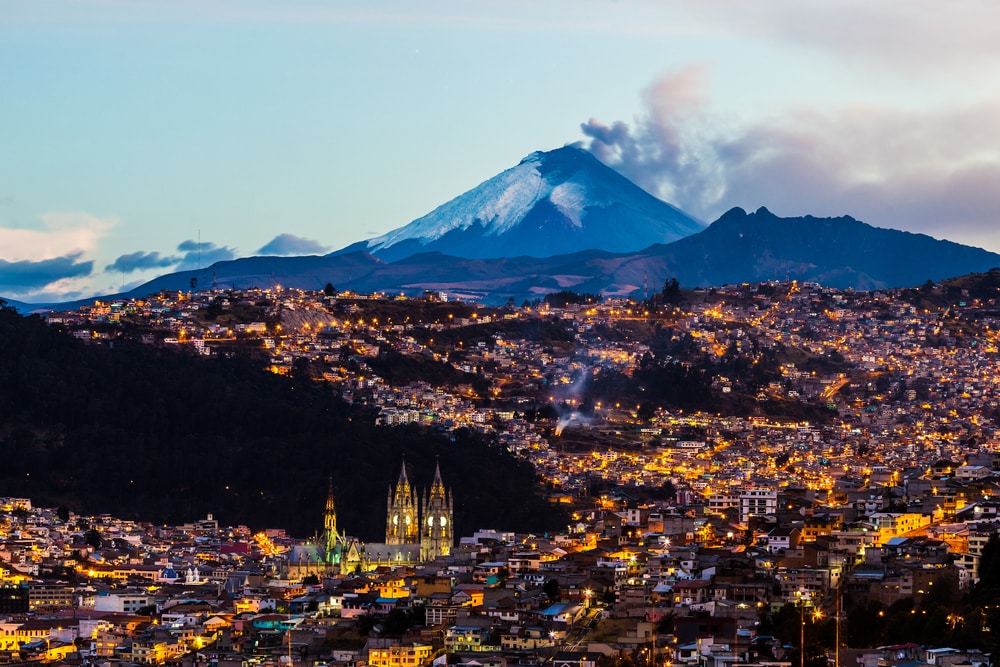 If you don’t believe us or aren’t sure what Ecuador has to offer, keep on reading. We hope to open your eyes to this often-missed opportunity for the vacation of a lifetime! You’d never run out of things to do there, but here are just a few of our top recommendations for travelers.

Cotopaxi is one of the tallest volcanoes in the world, but don’t let that put you off the idea of visiting. It’s only a couple of hours’ drive away from the nation’s capital city of Quito, which means you can pack a city break and a volcano trip into the same weekend. As striking as this stratospheric volcano is, the picturesque scenery is only half the story. Many wild animals call the sides of Cotopaxi home, and you’ll see plenty of them if you go walking up the side of the mountain. The horses, llamas, and foxes are all impressive in their own way, but the pumas and bears are beautiful and terrifying at the same time. The Andean condor is the real star of the show. There are two ways you can engage with Cotopaxi – either take a horse ride through the lower climbs or climb up all the way to the sulfur peak. Make sure you set enough time aside if you’re going for the latter option – going from the bottom to the top can take ten hours or more!

Get In Touch With History

As is the case with many South American nations, Ecuador is covered in the ruins of ancient civilizations. Machu Picchu gets all of the attention, but Ingapirca gives you a much clearer picture of what life was like centuries ago if you ask us. The Canari people built Ingapirca in the distant past, but the Inca took over and used it as a military fortress during the 13th century. Many of the traditions of the past are still visible today; there’s a Canar village full of descendants of the Canari people on the site, and they’ll be happy to talk and walk you through their cultural history. At the heart of the site is the Temple of the Sun, a feat of engineering so incredible that you’ll marvel at how ancient builders could construct such a structure.

Check Out The Galapagos Islands

Most people have heard of the Galapagos Islands. Far fewer people are aware that they belong to Ecuador and are easily accessible from the Ecuadorian mainland. All over the world, these islands are famed for their beauty and the diversity of the wildlife that calls the islands home. Ecuador is well aware that there’s a global interest in seeing Galapagos, and they’re already considering sharply increasing visitor fees within the next twelve months. That means your time to pay them a visit at a reasonable price may be running out rapidly! The animals here are used to human visitors, and so it might be the only place in the world you’ll find sea-lion pups approaching you to be nuzzled. The penguins seem to positively embrace having human company, and will often snorkel alongside tourists to find out what they’re looking at! The huge tortoises who gave the island its name are the rulers of the roost here, and they don’t mind a little friendly attention either. Book yourself a cruise if you want to do the islands properly, and consider going for two days instead of just one.

Canoe Down The Amazon

This is yet another thing people don’t realize about Ecuador – it has a large chunk of the Amazon running through it. People often think it starts and ends in Brazil, but it doesn’t! The Amazon scenery in Ecuador is jaw-droppingly beautiful, but almost nobody knows it’s there. In fact, the only people who seem to have noticed are the gaming company who made the ‘Ecuador Gold’ mobile slots game. As the mobile slots game is a recent release, the word may slowly start getting out. Book now, and avoid being swamped by people who have won thousands of dollars playing casino slots, and have come to celebrate their big wins in the country that inspired the game they won them on! You can even stay right in the middle of the Amazon if you so desire – there are eco-lodges available for tourists all year round. Just keep half an eye out for the alligators. Dolphin Lodge is probably the most popular, because it’s inside the Panacocha Protected Forest and therefore closest to some of the more exotic creatures.

Walk Through The Capital

Earlier on, we mentioned that Ecuador’s capital city is Quito. What we didn’t tell you is that Quito is actually two cities at the same time. It’s such an incredible experience to walk through it that UNESCO decided it should become the first city in the world to be awarded World Heritage Status. It’s the least that the 16th century Old Town deserves. It’s a maze of cobbled streets and open plazas, and it’s a sight to see. Even the New Town retains an artisan feel, full of galleries, cafes, craft shops, and museums. This Quito is what people picture when they talk about ‘creative hubs.’ The food stalls are a great place to stop off for an afternoon meal, although only buy anything that contains Aji if you have a strong tolerance for spice; it’s a local favorite, but it’s a very strong pepper! To take in the size and scope of the city as a whole, take a cable car to the summit of Cruz Loma and look down on it from above. It’s a memory that will stay with you forever.

We hope we’ve given you a little taste of what Ecuador has in store for you. If we have, remember what we said about those soon-to-increase fees at the Galapagos Islands. Fast movers save money!

How to Plan Your Next Travel Adventure