Top 10 Toughest Vaults To Crack. I Couldn’t Believe What Number 4 Is Used For

When you think about vaults, you think about a bank vault with the giant wheel-looking thing and probably some type of key code device. There may possibly even be a security guard napping outside the door.

Some vaults that are not as conventionally built. These vaults and bunkers are designed to hold valuables of any standard. They are often protected at all costs.

These top 10 vaults and bunkers are the toughest to infiltrate with their 24-hour security, heavy duty doors with extensive locking systems and motion-detecting cameras. 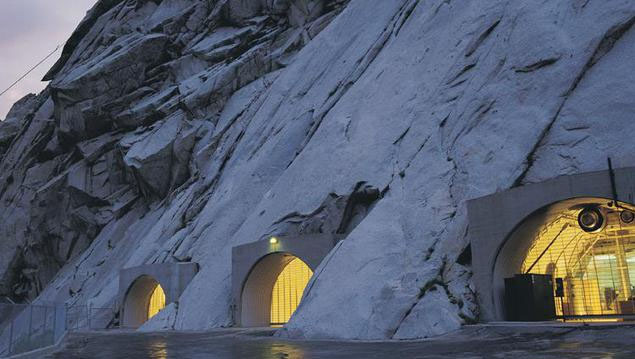 The Mormon Vault is privately owned by The Church of Jesus Christ of Latter Day Saints. It is located in Little Cottonwood Canyon, Utah and was built 600 feet within a large rock. How crazy does that sound? A vault built within a rock! The developers of this rock vault took much consideration in the design of the facility. They ensured that inside the vault stayed dry and was environmentally controlled to allow long-term record keeping. If you were able to tour the facility, you would see offices, loading docks, and even a microfilm restoration lab. In addition to its exclusive surroundings and comfy interior, the doors of this vault were built with unique steel. This steel is designed to tighten on impact. It is also built to withstand a nuclear explosion. What’s in this vault? How about billions of family history records as well as church documents!

Click the ext ARROW to see the next Toughest Vault To Crack! 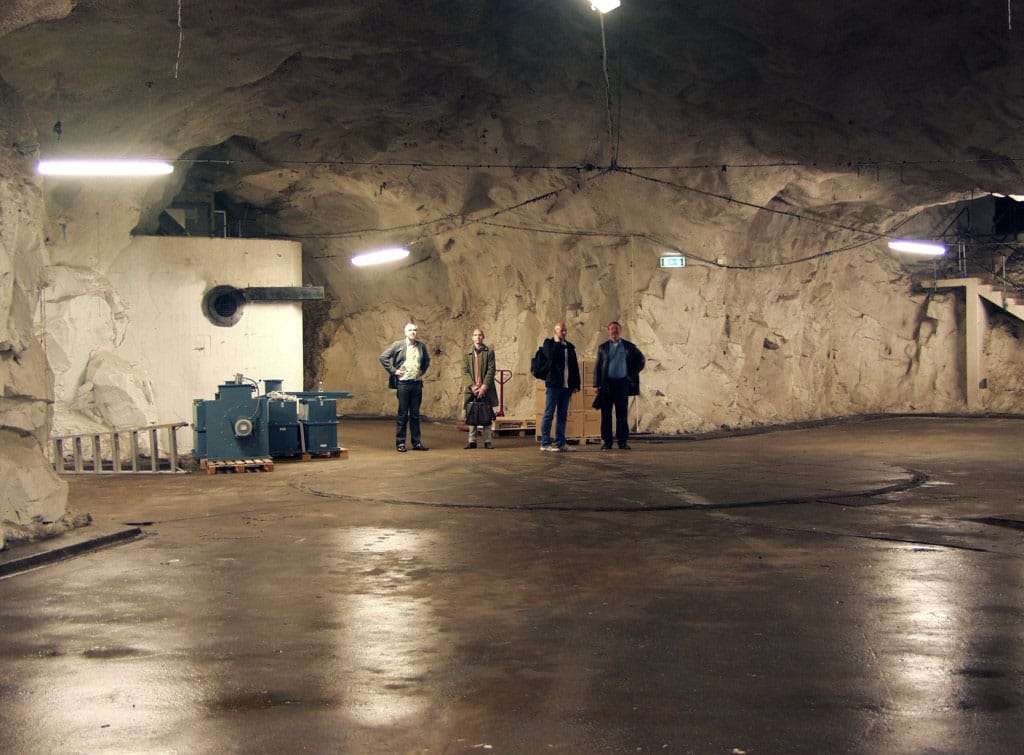 When you think about a vault being built into a rock, it seems quite amazing. However, what about a vault which was built inside a mountain? The Pionen Bunker was ranked number 9 on the list. It was built within the White Mountains Sodermalm in Sweden. This fantastic vault was built in the 1970’s in order to protect government functions from terroristic intruders or even nuclear invasions. In 2008, this vault became the Bahnhof Data Center. This facility allows companies such as eCommerce sites and Telecommunication companies to rent the Pionen Bunker. I believe these companies will be safe to uphold business considering the only entrance to the bunker is a tunnel with a 40-centimeter thick door. 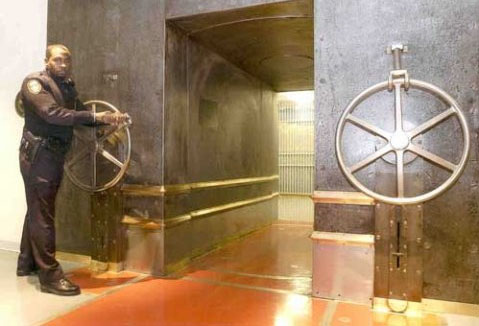 One of the more conventional vaults is the JP Morgan Vault. In fact, JP Morgan owns two of the most impenetrable vaults. The Gold Vault is larger than the length of a football field but is located approximately five stories below street level. What’s in this vault? Not 500 tons of gold…Not 1,000 tons of gold. How about 5,152 tons of gold? Yes, 5,152 TONS of Gold! Not only is his vaults able to withstand a nuclear blast, but it is also a voice system recognizable and must be opened by several 3 feet long keys. I guess you won’t misplace those keys in a couch cushion! 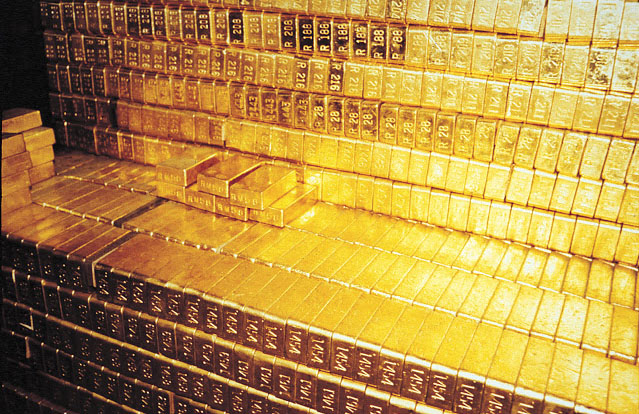 Where do you keep 540,000 billion gold bullion? How about in a bank? Sounds like a great place to me! This vault is three stories, or 80 feet, underground, surrounded by solid rock and has a 90-ton steel door. It is located below the Federal Reserve Bank of New York. Bank robbers beware! This extremely guarded bank employed a group of expert marksmen who diligently look out for any sneakiness. 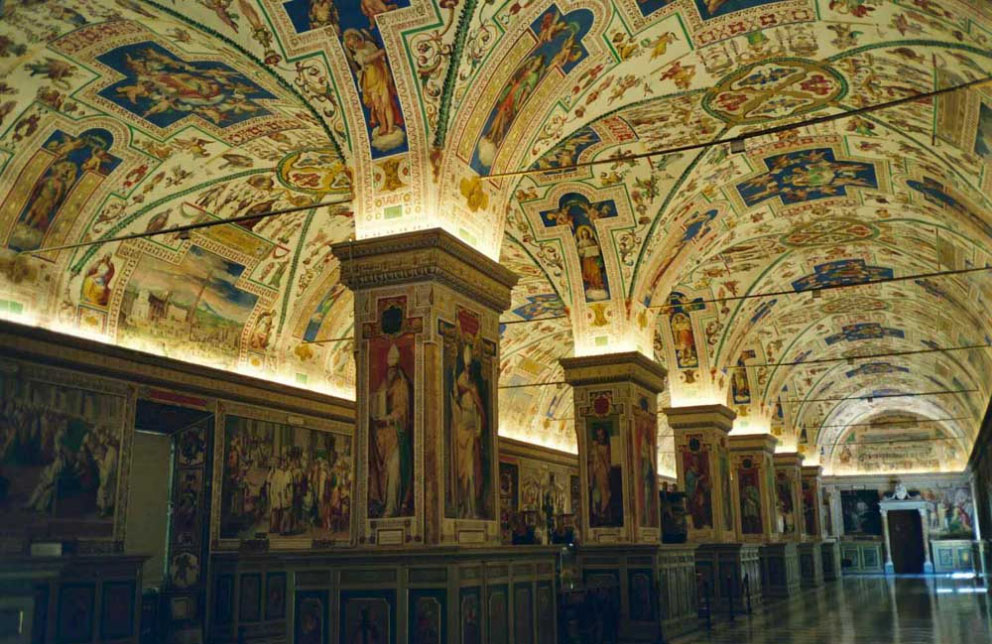 Privately owned by the Pope, the Vatican Secret Archives is located in Vatican City. This vault holds centuries of church documents and state papers, which will be handed down to the next Pope upon death or resignation. The only people allowed to access the vault and view the Vatican Secret Archives are the qualified clergymen and approved members of the university. This vault is secured by Swiss guards on a 24-hour basis to ensure that the documentation remains protected at all times. In 2012, at the Capitoline Museums in Rome, the world was granted a look at some of the sacred documents contained in the Vatican Secret Archives, which were dated from the 8th to the 20th centuries. Among the documents on display was a letter from Mary, Queen of Scots, which was written while she was awaiting her execution. 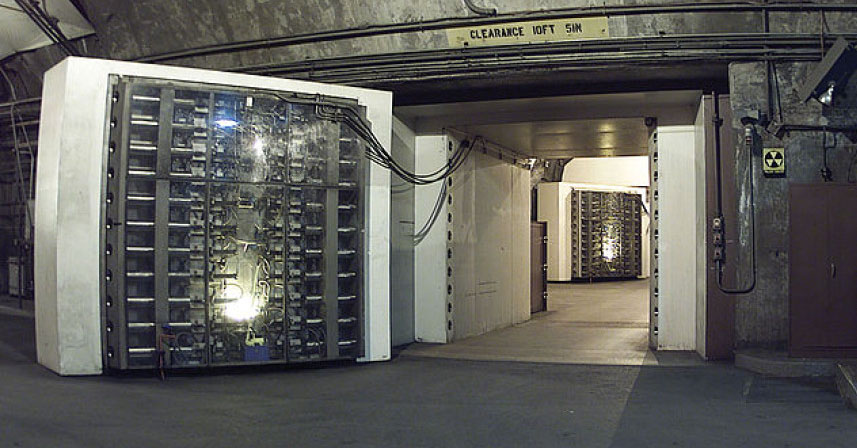 If you think you work in a strange location, try working in the Cheyenne Mountain vault. This vault is buried 2,000 feet into the mountain. It is positioned so far into the mountain, that air has to be pumped inside for the workers. Once inside, workers are protected by not only one but two 20 ton doors. This vault was home to the US Missile Warning Center as well as NORAD during the Cold War. 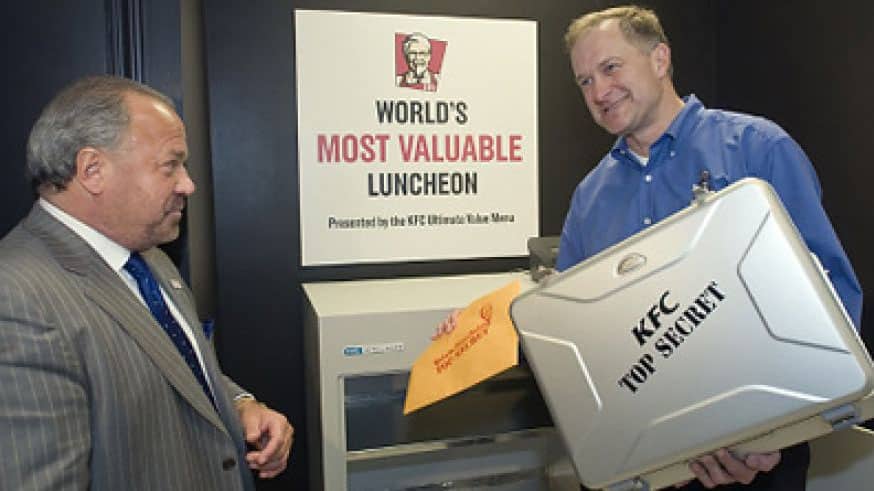 Yes, you read this correctly! The KFC Vault holds the world famous, original recipe for Kentucky Fried Chicken. This recipe was handwritten on a yellow notepad 74 years ago by Colonel Sanders, himself. The recipe of “11 herbs and spices” is kept inside a wide, thick concrete vault in the Louisville, KFC headquarters. Not only is this vault guarded with a security lock, but it is also guarded by 24-hour security, cameras and motion detectors. In fact, only 2 unidentified company administrators have access to the vault. 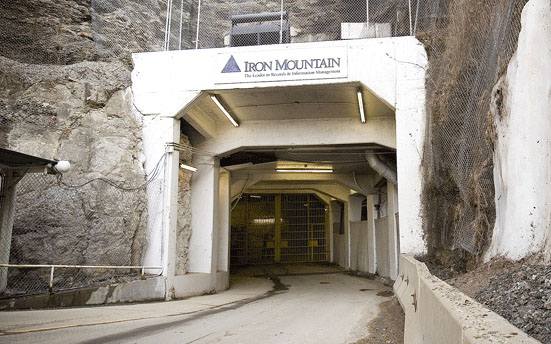 This vault is located…well, just as it says, in a mountain. This old limestone mine has some of the United States most important documents and evidence. This documentation is kept safe within 1.7 million square feet of vaults. So, how far down does this go? This vault is 200 feet below ground level! This vault is home to the burnt remnants of Flight 93 and Thomas Edison’s patent for the light bulb as well as many other significant files. Iron Mountain Vault is so secluded that 95% of the vault owner’s names are kept confidential. However, it is no secret that Warner Brothers, The Smithsonian Institute and Corbis all contain vaults within Iron Mountain. Have you ever heard of Room 48? It is a data center where some of America’s biggest companies store their information. Room 48 is also within Iron Mountain. The entrance to Iron Mountain is fortified by armed guards who perform a very, blushingly thorough search of each guest. 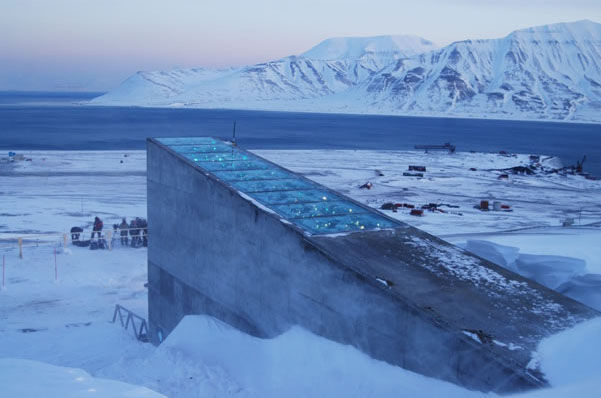 Svalbard Global Seed Vault is located 390 feet under Nordic Mountain. This vault is so deep on the mountain that not only is it protected from a nuclear holocaust, it is also resistant against earthquakes. Nordic Mountain is on an island, 650 miles South of the North Pole, in Spitsbergen. Hundreds of miles of ocean surround this island. Thankfully, Svalbard Global Seed Vault is 430 feet above sea level, which means that it is protected from rising sea levels. Sharpshooters are not needed to protect this vault, the island is overrun by a few thousand polar bears. So what does Svalbard Global Seed Vault protect? Seeds, of course! This vault protects over 500,000 of the world’s plant genus.

The number 1 most impregnable vault is the vault at Fort Knox. This vault contains 5,000 tons of gold bullion and is highly secured. Wouldn’t you safeguard that too? Fort Knox is fortified by 4 surrounding fences. Two of the fences are electric. Beyond that stands a line of armed guards encompassing the outskirts of the facility as well as security cameras. Say cheese! The walls of Fort Knox is designed to uphold any blast, as they are four feet thick and supported by 750 tons of reinforced steel, not to mention the 22-ton vault door. The combination to the vault may seem a bit extreme; however, it is quite necessary. Several of the employees know only a small part of the combination. However, in order to open the vault, all of those employees must do their part. But wait…there’s more! Hidden inside the large vault is…Individual vaults!

How to Deadlift at Planet Fitness

Why Does Planet Fitness Have Tootsie Rolls

20 Bizarre and Food Ads That Would Never Run Today