25 Things To Do To Make People Like You Instantly

Have you ever wondered exactly why you like someone so much while disliking some others? It is never easy to have an answer for that. 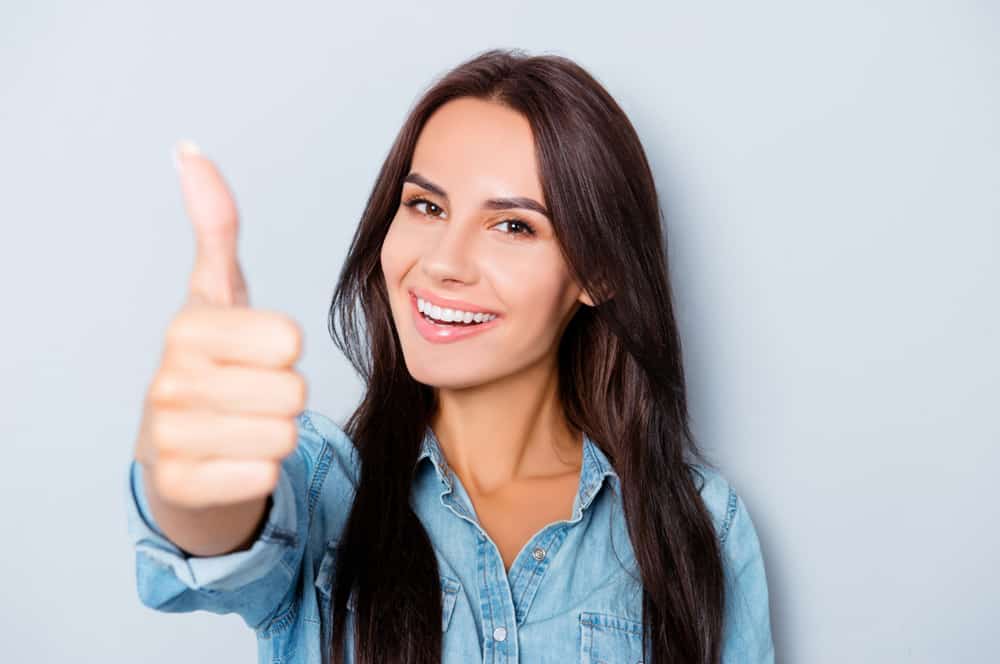 However, there are some basic human traits that people seek in someone and if they present, they like that particular person instantly. Now, there are some simple tricks that you can utilize to make people like you.

This is a process popularly known as mirroring and it is proven to be quite effective to make someone like you within a very short time.

If you mimic someone’s gesture and posture, it makes that person feel like they are with someone they can easily connect with. This has been proven by psychologists through several social experiments too.

It is found that if someone remembers your face they begin to connect with you indirectly and it makes it easier for them to like you once you begin to interact with them.

So if you are willing to make someone like you instantly, you have to do some groundwork first.

If you have your “target” (someone you really, really want to like you) in a salad bar where that person goes on a regular basis, visit that place several times and make sure that you are noticed by him or her.

Next time you interact with that person, it won’t take more than a few minutes for him/her to like you.

Everyone enjoys “bitching” about others when they are not around. But if you want someone to like you immediately, make sure that you are doing the opposite.

Means, praise other people in front of your listener and they will associate that with you.

For instance, if you talk about someone, describing him to be a genuinely kind person, the individual you are interacting with will associate “kindness” as a trait that you possess as well.

Nobody dislikes a guy who is positive about anything and everything. It gives people hope and transfers that positivity to them instantly.

So they begin to feel better even if they had a bad day. So be Mr. Positive and capture the moment to make people like you instantly.

Human beings by nature are not capable of disclosing their flaws easily in front of others. Call it self-respect or ego, it simply doesn’t happen.

So stand out by showing that you are not afraid to admit your mistakes. It shows that you have a good heart and are honest and authentic.

If you are rooting for New York Giants and the person you are talking to is a hard-core Dallas Cowboy fan, you really don’t have to turn your attacking mood on.

If Dallas Cowboys are doing good with their offenses be generous to admit it.

Psychologically a person feels safe and positive when they feel like you are respectful to their choices and it helps them to start liking you instantly.

This is something that you have to deal with extra care. Casual touch can be a gentle pat on someone’s shoulder or back.

It has to be in a subtle manner so that the person will barely notice it but still feels the warmth while talking with you.

However, you should never overdo it to make that person feel uncomfortable. If it is with someone of the opposite sex, they can get a completely wrong message which is of course unwanted.

Psychologists have seen it countless times, if a single person begins to laugh, that gradually spreads among others in that room.

Smile or grins represents positivity and just like the smell of a nicely baked pizza, it spreads gently among those who notice it.

So be that person with a nice, pleasing smile and it won’t take too long for that guy to start liking you. See the person the way you want to be perceived.

If someone wants to be seen as a really ambitious guy, compliment him for all his achievements even if they are not really significant according to your standards.

It is not like you are lying to him; simply respecting his perception of his achievements which people always accept positively.

People will like you instantly if they think you trust them like a close friend. They feel a strong connection. And what can be a better way to make them feel like that other than sharing a secret?

Of course, you are not going to share something which should not be shared with simply anyone. However, it can be something as simple as the fear of clowns or the fear of using the elevator. It is silly but it still is your secret that you are sharing.

It is much easier for a person to like you instantly if you can make them laugh. They will consider you a source of pleasantry and would love to spend more time with you.

This is surely a universal formula to make people like you in a moment. There is the reason why Bill Cosby was loved by millions of people all over the world. He has a sense of humor that is too strong to ignore.

Who doesn’t love to talk with someone who is patient and respectful to their feelings? Well, the answer is- everyone.

If you want someone to like you instantly, let him or her talk freely with you and be a passionate listener.

Nod your head time to time and sometimes pass a short remark that will be taken positively by the speaker.

Nobody likes a know-it-all, they are pompous and make other people feel inferior. Now, this is the last thing that you would want to do to a person if you want them to like you.

Maybe you feel insecure when things are not going according to plan and that gives you palpitation.

Of course, the person you are talking to has his share of weaknesses and exposing yours to him will allow you both to connect and develop a fondness for each other.

No one is perfect and it is not really possible for you to like each and every individual you come across.

But if the guy sitting on the other side of the table is someone that you want to like you instantly, make sure that you are giving him the impression that you really like him even if you don’t.

It really won’t hurt if you say a little “white lie” to make someone feel good, especially if you want that person to like you. So go with it.

Who doesn’t want to brag about themselves? Even those who claim they don’t brag.

So if you really want someone to like you instantly, tolerate this trait of theirs and act as if you agree to what they have to say about themselves.

A little glimpse of approval goes a long way as far as liking someone is concerned.

People are always sensitive about the clothes they wear. So if someone compliments their choices it takes only a few minutes for them to start liking that person.

Be that guy with great compliments and you will be liked instantly.

If the guy you are talking to is a banker and you find his job extremely boring, still do your best to show a whole lot of interest to what he does. Explain why you think what he is doing is so much important.

Giving importance to someone’s work is a great way to show that person how much respect you have for him or her. It will surely help you to get some points in the game of “getting liked instantly”.

Are you one of those people who loves to pick a fight with someone with a different viewpoint? Well, not today.

It is time to show him (or her) that you had a different opinion about how the US is handling their Middle Eastern affairs but he managed to show you a different picture.

People love to win and let them if you really want them to like you instantly. If they find you reasonable, they will surely want to connect with you.

Someone who had a tough day at the office could surely work with a little bit of energy ushering from your tone.

If they seem down, be the person to remind them that there is a silver lining to every cloud. Shake them up, make them strong.

Humility is the most difficult thing to attain for many though its impact is priceless. A humble person is someone who is approachable and liked by others. Be that person if you want to be liked instantly.

Everyone wants to be seen as someone with a great sense of humor and the ability to make others laugh.

So laugh at the jokes that people are shooting at you even if they are not exactly funny. This will surely make them feel better and will start liking you.

If you are with people who love ice hockey, make sure that you do short research on who is winning the premier league and take a few notes.

Shoot some informative comments and people won’t take too long to start liking you.

Too much of a good thing is never good. If you are complimenting someone, make sure that you are not overdoing it giving them the impression of buttering and oiling.

The moment people realize that you didn’t really mean what you said, they will lose faith in you. Not something you want when you are trying so hard to get them like you.

Maybe you are with a group who are mostly atheists. You don’t have to be overly defensive about the fact that you are a believer. No harm in letting them know that you don’t share the same philosophy but you still respect theirs.

You will always find something in common with the people you are interacting with.

Be a good listener and you will find it in no time. It is much easier for people to like someone when they find out there’s something in common.

If someone wants to be seen as a really ambitious guy, compliment him for all his achievements even if they are not really significant according to your standards.

It is not like you are lying to him; simply respecting his perception of his achievements which people always accept positively.

It is never easy for people to like someone instantly. But there are certain traits that people possess which are naturally appreciated by others.

For instance, being humble, agreeable, positive, energetic and approachable can do magic when it comes to being liked instantly.

However, when you do tend to make someone like you, be clear as to why you want it. It’s okay for people to try and make connections for other than personal reasons.

However, try to be true to yourself and not lose your ethics and morals in the process of pleasing others.